Auger-Aliassime saves match points against Travaglia and wins in Marseille. 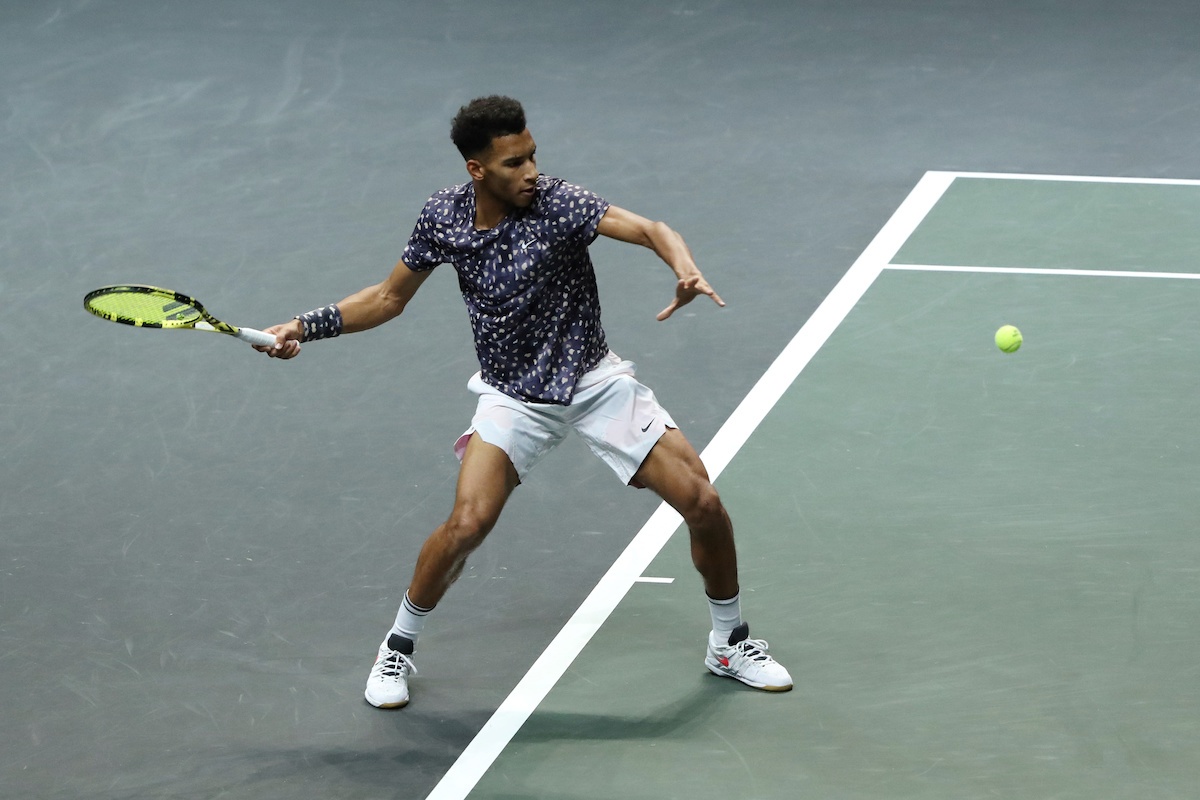 FAA fought hard to get the win in Marseille.

Felix Auger-Aliassime has a huge heart, and he put it all out there in Marseille on Wednesday! After wasting a 5-2 lead in the first set against Stefano Travaglia, the Canadian started to struggle a lot and faced two match points at 4-6 in the second set tie-break. But that’s when the confidence won in Rotterdam by reaching the final paid off: he went on to save those match points and break early in the third set (3-1) to finally secure the win (6-7(3), 7-6(6), 6-3).

After 2h30, the 19 years old was through after lots of ups and downs through that thriller but that’s also when one learns. The Italian, 28 years old and ranked 85, had all the experience needed to be tough to handle for Auger-Aliassime who had a quick turn-around from Rotterdam.

So seeing the NextGen kid fighting like this and without showing a lot of frustration is another good sign on tennis maturity post-Melbourne disappointment. He will now play Pierre-Hugues Herbert in the next round, for a battle between naturally aggressive players that should be a lot of fun.

What’s great to see with FAA is how, despite missing, he keeps coming back to the net, keeps going for huge shots from the baseline like his inside out forehand. He wasn’t zoning at all today, he missed a lot but he kept going for it. Whatever happens, he keeps the belief in his game style. Obviously his team has succeeded in making him understand that at some point it’s that game identity that will make him win big.

It’s easier said than done when the big points come and the big wins are still waiting. But it’s a great commitment to have in one’s future. And it paid off in this match as by cleaning his game a bit when back on the wall, he ended putting so much pressure on Travaglia that the opportunities came.

Auger-Aliassime, ranked 19 in the world this week, really has everything to be a top player, even a very specific ability: the great escape. It’s by winning all those matches one should have lost that a player builds not only confidence but also a room in his opponents’ brain.

It’s better to have the reputation of always being able to come back from the brink than to have all the locker room know you can shake under pressure. It’s also great to see how he put his loss in Rotterdam’s final behind without too many issues. Always looking forward.