As Novak Djokovic settles into a period of grand-slam dominance, we look at the best spells by the ‘Big Three’. 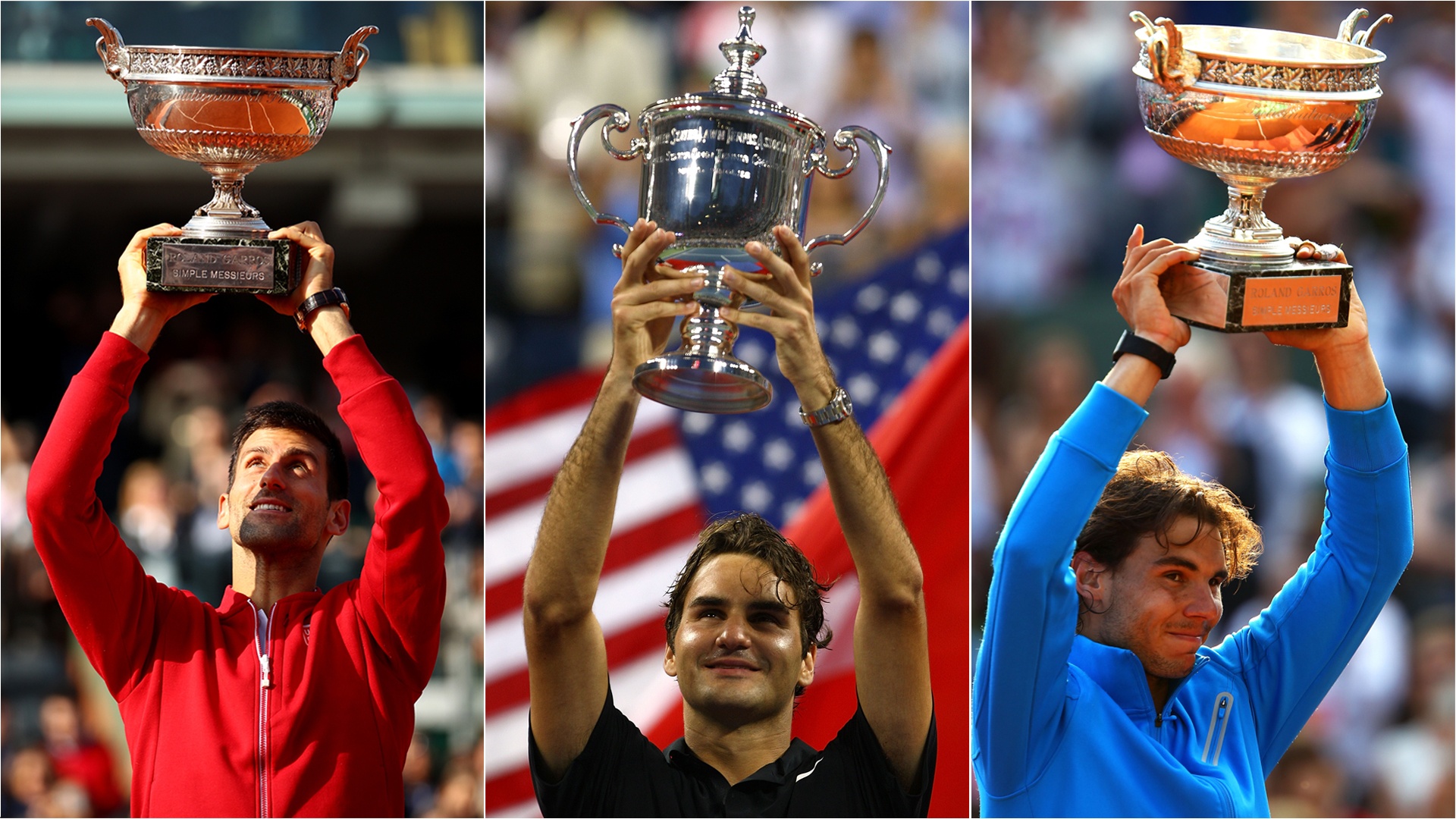 Novak Djokovic is aiming to win a fifth grand slam in seven at the Australian Open on Sunday.

The Serbian faces Dominic Thiem in the final in Melbourne looking to extend his record to eight titles in the tournament and repeat his 2019 triumph.

It is continuing another dominant period for the 16-time grand slam champion, a spell which began at Wimbledon in 2018.

But how does his recent run of success compare to his previous triumphs, as well as those enjoyed by his ‘Big Three’ rivals Roger Federer and Rafael Nadal?

The Swiss great was almost unstoppable for a period beginning at Wimbledon in 2005. From 2003 at the All England Club to the 2010 Australian Open, Federer incredibly won 16 of 27 grand slams, with a couple of separate utterly stunning runs. From Wimbledon 2005 to the 2007 US Open, Federer won eight of the 10 majors and was beaten in the finals of the other two. Only Nadal at the French Open (2006 and 2007) could deny Federer, who enjoyed wins over Andy Roddick (twice), Andre Agassi, Marcos Baghdatis, Nadal (twice), Fernando Gonzalez and Djokovic in deciders during that period. Starting at Wimbledon 2004, Federer also won 10 of 14 majors, but he has just four grand slams since 2011.

The Serbian star began to make the most of his opportunities, starting from midway through 2014. Heading into that tournament, Djokovic had made 13 grand slam finals but won just six. However, since the Wimbledon final six years ago, he has won 10 major deciders and lost just two. A thrilling five-set final against Federer started the run before he reclaimed his Australian Open title. Stan Wawrinka upset him in the decider in Paris before the beginning of the ‘Nole Slam’, Djokovic winning four straight majors to hold every grand slam trophy simultaneously. A shock third-round exit to Sam Querrey at Wimbledon in 2016 ended a 30-match winning run at majors for Djokovic, who would have to wait until 2018 for his next grand slam title.

In an extraordinary career, Nadal has won just one Australian Open and two Wimbledon titles, impacting his runs. The Spaniard’s best year in terms of major titles was 2010, when he claimed three before adding another at Roland Garros in 2011. Stunned by Robin Soderling in his first French Open loss in 2009, Nadal brushed the Swede aside in the final the following year, kick-starting a run of three straight major wins. Tomas Berdych and Djokovic were beaten in the Wimbledon and US Open deciders respectively, but his bid to hold all four at once was ended in the quarter-finals in Melbourne, where he suffered a hamstring injury and fell to David Ferrer. But, back in Paris, Nadal won a sixth French Open crown.