World number two Rafael Nadal reached the Australian Open quarter-finals for the 13th time in his career on Monday. 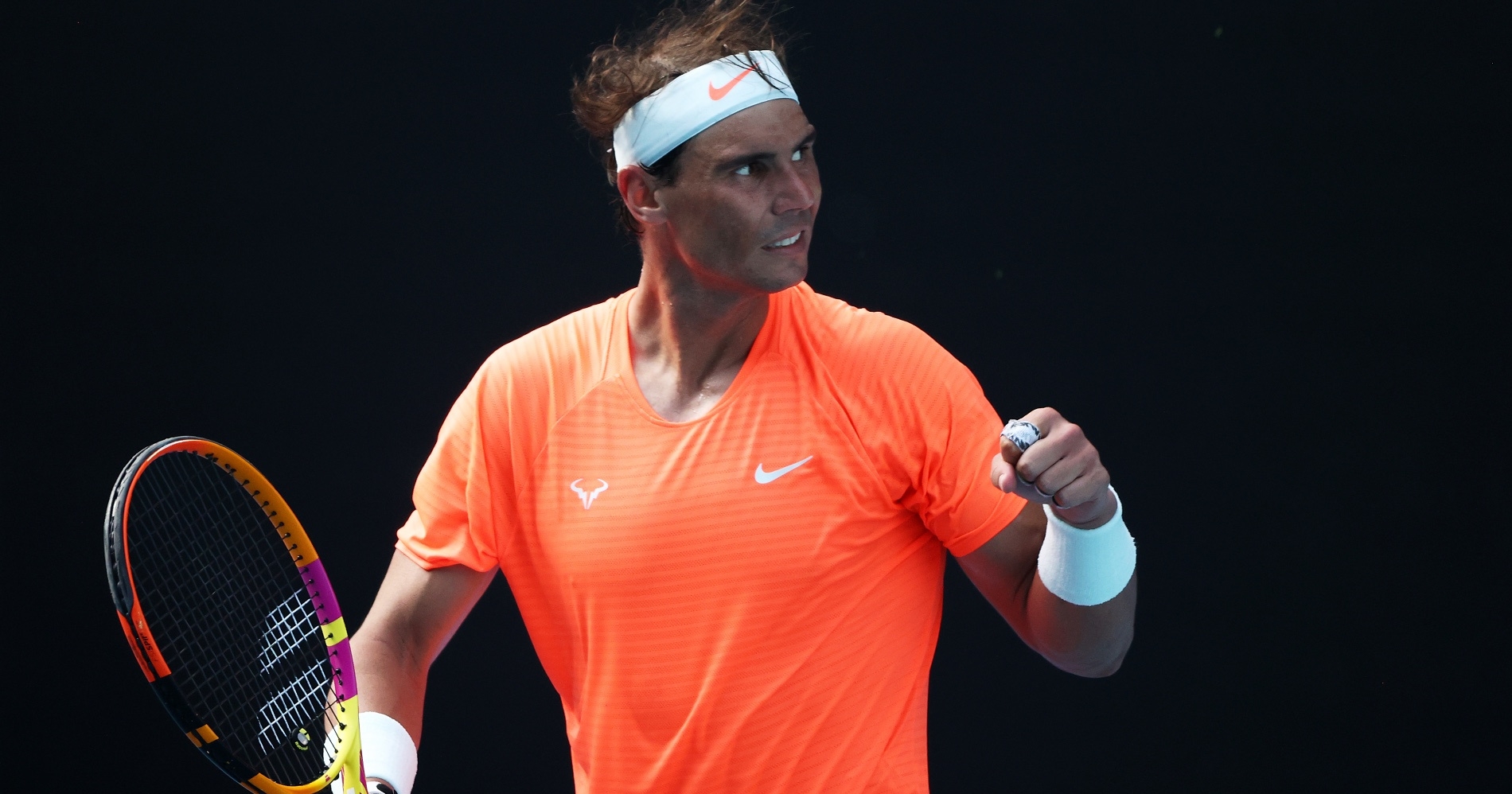 Rafael Nadal’s bid to win a record 21st grand slam title remains on track, while there is a distinctly Russian flavour to the quarter-final line-up at the Australian Open.

Daniil Medvedev and Andrey Rublev ensured Russia made history en route to the quarters in Melbourne.

Nadal reached the Australian Open quarter-finals for the 13th time in his career after outclassing Fognini 6-3 6-4 6-2 on Rod Laver Arena.

Stuck on 20 slam championships alongside Roger Federer, who is absent in Melbourne, Nadal is also looking to become the first man in the Open Era to win each of the four majors twice.

The 2009 Australian Open champion was too good for Fognini as Nadal continued his fine run of not dropping a set en route to the last eight in 2021.

Sealed with an ace @RafaelNadal advances to the #AusOpen quarterfinals for the th time.#AO2021 pic.twitter.com/JoH9B67n8S

Nadal, who hit 24 winners against Fognini, will face fifth seed Stefanos Tsitsipas for a place in the semi-final after ninth seed Matteo Berrettini withdrew with an abdominal strain before Monday’s showdown.

For the first time in the Open Era, three Russian men have advanced to the quarter-finals of a slam.

Medvedev – the fourth seed – and Rublev joined countryman Aslan Karatsev in the last eight following their respective triumphs on Monday.

Runner-up at the 2019 US Open, Medvedev made light work of American Mackenzie McDonald 6-4 6-2 6-3, extending his winning streak to 18 matches as he reached his maiden Australian Open quarter-final.

“It’s an exciting moment to be in the quarters in Australia for the first time. That’s a great achievement for me,” Medvedev said.

“I want more all the time, but step by step. So this is amazing … I finished at 1.30 [hours], which is important in the later stages of the grand slams, to make fast matches.”

For the first time in the Open Era, three Russian men have reached the quarter-finals of a Grand Slam #AusOpen pic.twitter.com/NuXZ7KCyxt

It will be an all-Russian affair in the quarters after seventh seed Rublev benefited from a walkover.

“At least one of us will be in the semi-finals. So it’s good news but yeah, it’s going to be a tough match,” said Rublev, who featured in last year’s French Open quarter-finals.