Home » News » Benoit Paire is still losing, and still hating life on tour during the pandemic

Benoit Paire is still losing, and still hating life on tour during the pandemic

Benoit Paire suffered another loss in Monte-Carlo on Sunday, and afterwards compared playing on tour during the pandemic to “playing in a cemetery.” 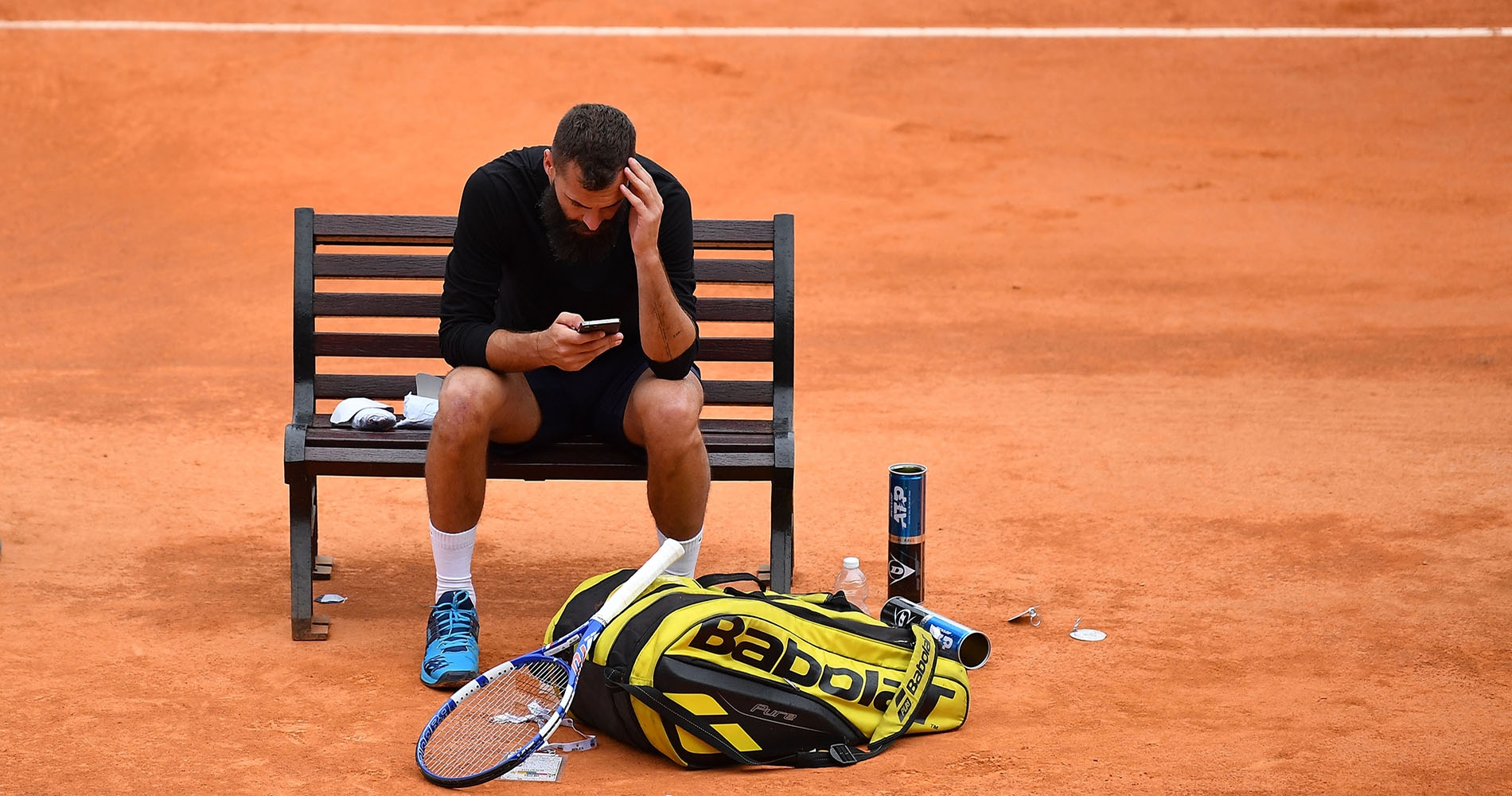 Another day, another loss, another diatribe.

Benoit Paire‘s well-documented frustrations continued on Sunday at the Monte-Carlo Rolex Masters as the talented Frenchman fell to Australia’s Jordan Thompson, 6-4, 6-7(3), 6-7(5) in first-round action. Paire, who has struggled to find motivation and any semblance of form since tennis restarted last August, has now lost six matches in a row and 15 of his last 17.

Worse, the 31-year-old talent from Avignon seems to lose more of his passion for the sport each and every time he checks in for another tournament inside a bubble.

“I have nothing to expect,” he told reporters on Sunday in Monte-Carlo. “I just don’t care. There’s no magic. What is the pleasure playing like this? Of course, it’s great to come here, but it’s like a practice session. If you’ve experienced the tour and you see how it is now, the only thing you want is to just go away.”

There is no pleasure in playing

Paire has stated his belief that he’d much rather be home, relaxing, because those moments are the only times he feels at peace these days, but he has still travelled the tour with regularity this year, rather than taking some time off like his friend and compatriot Gael Monfils. Paire travelled to South America, playing Cordoba, Buenos Aires and Santiago, before Acapulco and then Miami. His record stands at an abysmal 1-9 in 2021, but his mood is even worse.

“As I told you, I just don’t care,” he said. “You don’t know how it is. This doesn’t bring me anything except a bit more money. But there’s no pleasure in playing. The players who are there say they enjoy playing Monte-Carlo. I respect that a lot. But how sad is this for them? Normally this court is one of the most beautiful courts in the world. It seems like we are in a cemetery. Whether you win a point or miss, it’s the same. There’s no atmosphere. It’s the same thing.”

Later in the day the Frenchman posted a picture of himself on Instagram, depicting himself in a sea of smoke. Perhaps he feels like this is the haze he is currently living in.

“You’re going to say it’s like normal life, but normal life is shit,” he told reporters. “The only pleasure I have is when I’m home without my mask and I don’t care about the COVID. That’s when I feel good.”