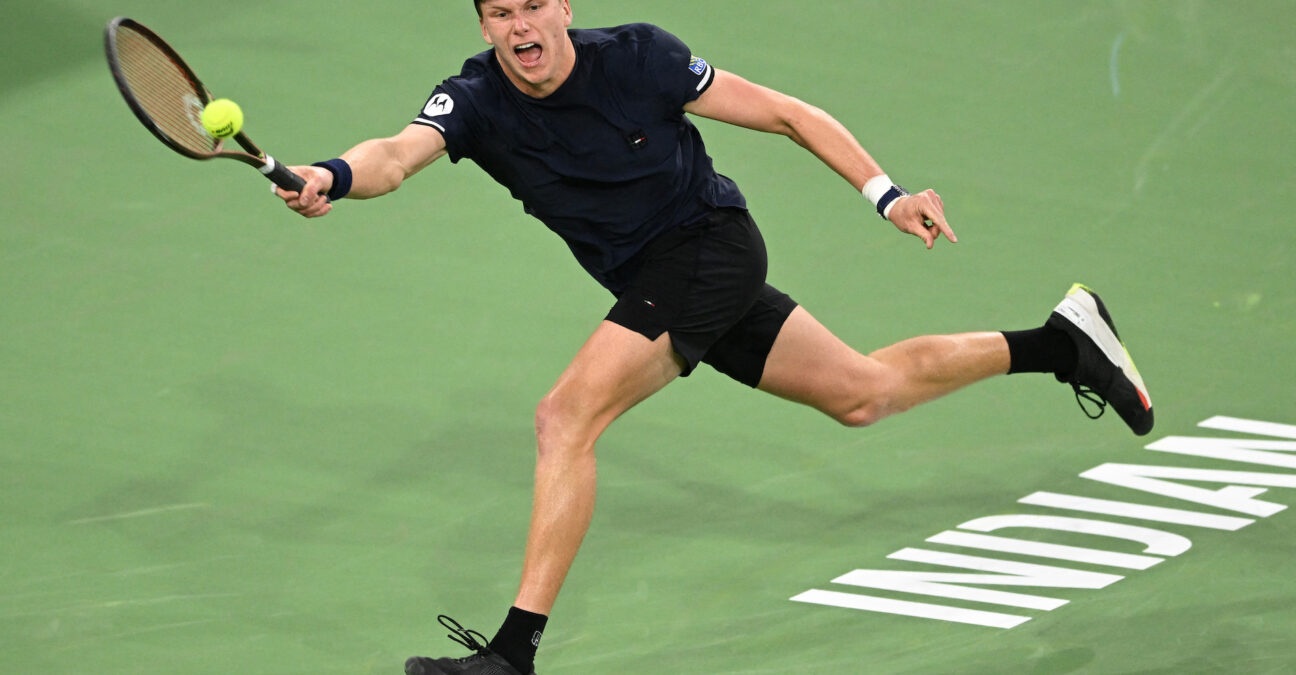 Daniil Medvedev and Stefanos Tsitsipas were on a collision course for the BNP Paribas Open quarterfinals when the draw came out last week. Neither one even reached the round of 16.

After Medvedev got bounced by Gael Monfils on Monday afternoon, Tsitsipas was shown the same door with a 2-6, 6-1, 6-2 loss to Jenson Brooksby. Fresh off a 6-0, 6-3 second-round destruction of Karen Khachanov, Brooksby maintained momentum by recovering from a disastrous first set to upset Tsitsipas in two hours and three minutes.

A seething Tsitsipas was in no mood to praise Brooksby during his post-match press conference.

“The amount of net cords he hit,” Indian Wells’ No. 5 seed said when asked if anything about his opponent’s game surprised him.

“I don’t think there’s something that makes him tricky to play. Putting balls back. That’s what makes him difficult…. He’s not a very explosive player, but he’s able to get balls back. He’s not the most athletic player, as well. He’s just able to read the game well, play with his pace, play with the opponent’s pace. He’s able to read the game well and stay consistent. There’s nothing that he has that kills, I would say.”

It’s true that Brooksby may not possess the most firepower on tour, but he had whole lot of tools that troubled Tsitsipas in this particular match. The 21-year-old America positively perplexed the Greek with spins, slices, incredible defense, and near-flawless consistency throughout the second and third sets.

“I think a lot of players/coaches maybe don’t see how I could be as good of a level as I am,” Brooksby responded when told of Tsitsipas’ comments. “That’s what we shoot for in our games and strategy, to not be too easily figured out. That’s how the top players over history have been. I’m not too surprised to hear that. It’s what we shoot for.

“I think I’m definitely underestimated…definitely among fans. They just look for the flashy things like the technique, the athleticism, things like that. I don’t think anything really stands out (in my game). I think that makes me underestimated to a lot of people. I really think that comes from the training I do, the strategies we have, the work I put in. I think I’m showing I can do it my way, in a different way. I’m establishing myself now at this level with the process we’re on.

“It’s different for everybody with their game and mentality and training and everything. Mine is a different way. I think there’s no doubt it’s showing now consistently.”

Brooksby will try to continue his same tricks when he faces defending champion Cameron Norrie in the fourth round.