Roland-Garros, Greece, coach: Everything you always wanted to know about Stefanos Tsitsipas (but never had time to find out)

Stefanos Tsitsipas is chasing his first Grand Slam title and has been ranked as high as No 3 in the world. Here are the answers to 10 questions about the Greek star 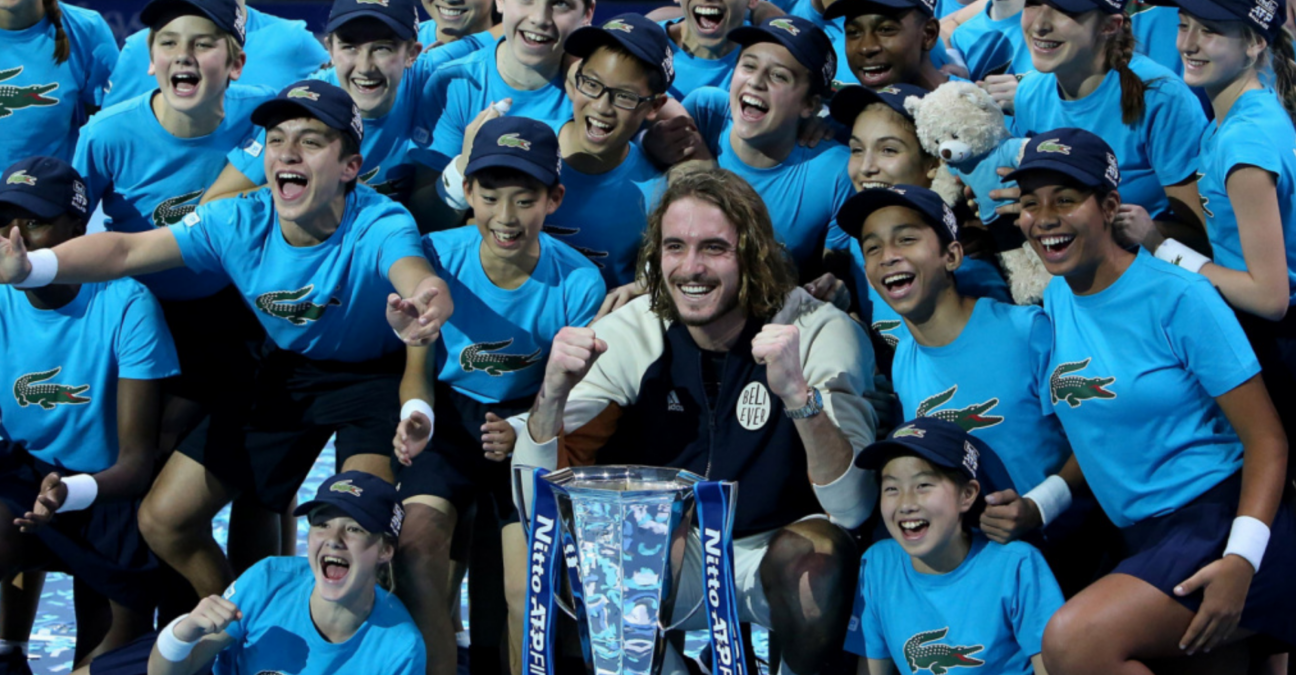 Who is Stefanos Tsitsipas?

Stefanos Tsitsipas is a Greek tennis player whose best ranking to date is No 3. You can find his updated ranking on his ATP Tour profile page.

What are Stefanos Tsitsipas’ best results in Grand Slam events?

Stefanis Tsitsipas reached his first Grand Slam final at Roland-Garros in 2021. He led world No 1 Novak Djokovic by two sets to love before being worn down in five sets.

What did Stefanos Tsitsipas do in Monte-Carlo in 2021?

In Monte-Carlo in 2021, Stefanos Tsitsipas won his first Masters 1000 title, beating Andrey Rublev 6-3, 6-3. The Greek emulated the feat of his mother, who won the title at the Monte-Carlo Country Club in 1981. Tsitsipas did not drop a set all week as he collected his sixth career title.

How many ATP Tour titles has Stefanos Tsitsipas won?

Stefanos Tsitsipas has won nine ATP Tour titles, including two in 2022. His first title came in 2018, in Lyon. His biggest title to date was in 2019, when he won the Nitto ATP Finals in London.

What is Stefanos Tsitsipas’ UTS nickname?

Stefanos Tsitsipas is nicknamed the Greek God. The Greek star took part in the first staging of the Ultimate Tennis Showdown in the summer of 2020 and made headlines with his performance in sudden death matches, as well as with his sideline singing.

When was Stefanos Tsitsipas born?

Stefanos Tsitsipas was born on August 12, 1998 (the same day as Pete Sampras, another player with Greek origins) in Athens. He supports AEK basketball and football teams. He now lives in Monte-Carlo, just a 45-minute drive from the Patrick Mouratoglou Academy, located in Sophia Antipolis, in the South of France, where he trains.

How much prize money has Stefanos Tsitsipas won in his career?

At what age did Stefanos Tsitsipas start playing tennis?

“My first memory was three years ago and I was hitting balls with my father between tennis lessons. I remember me as a baby watching matches on television. I can’t tell you who was playing, but I remember watching.”

Who is Stefanos Tsitsipas’ coach?

Tsitsipas is coached by his father, Apostolos Tsitsipas. The Greek player has been training at the Patrick Mouratoglou Academy in Sophia Antipolis, France, since 2015.

“I was lucky enough to be spotted by Patrick Mouratoglou at the age of 14. I think most of my success comes from training here. It has helped me a lot to grow as a tennis player and to see tennis from a different perspective,” said the Greek in a March 2020 interview with the Philippine magazine Tiebreaker Times.

Who are Tsitsipas’ parents and siblings?

Tsitsipas’ parents are Apostolos Tsitsipas, born on December 24, 1967, and Julia Apostoli, born on August 13, 1964. His father was a tennis teacher in a club in Athens’ chic suburbs before he became his son’s full-time coach.

His mother, born in Russia as Julia Salnikova, was a professional tennis player. She was ranked world No 194 and retired in 1995. She married Apostolos Tsitsipas in 1991 and took Greek citizenship. She is the daughter of Soviet professional footballer Sergei Salnikov, an Olympic champion in 1956.

The Greek player also has a YouTube channel where he shares his adventures during his tournaments and his travels through creative vlogs. 183,000 people have subscribed to his channel.

Who is Tsitsipas’ girlfriend?

Stefanos Tsitsipas’ girlfriend is Theodora Petalas. “She is my best friend! We talk every day, for two or three years now. I don’t think a day has gone by that we haven’t spoken, and our chemistry is very good. She also plays tennis, and when I play with her, it is my favourite moment on the court! It brings a huge smile to my face,” Tsitsipas said at the Australian Open in 2021. 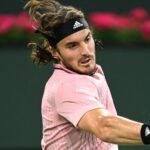 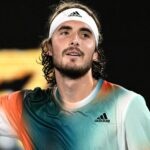 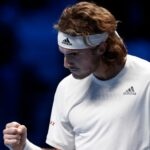 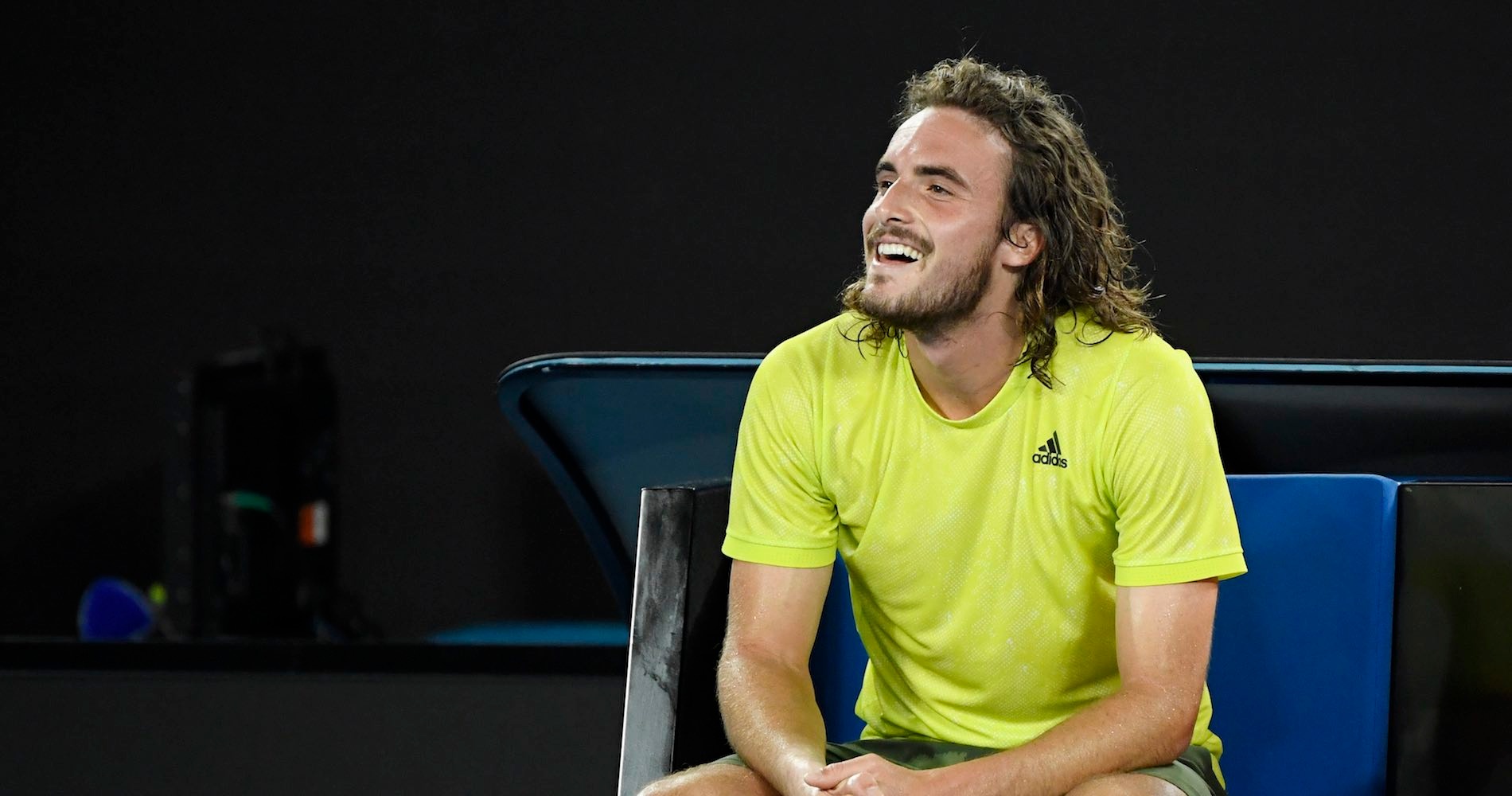 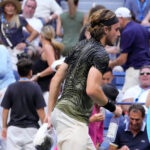