Coco Gauff and Naomi Osaka both command the spotlight on their own, but when they come together for a third career meeting on Wednesday in Cincinnati it will be even brighter. 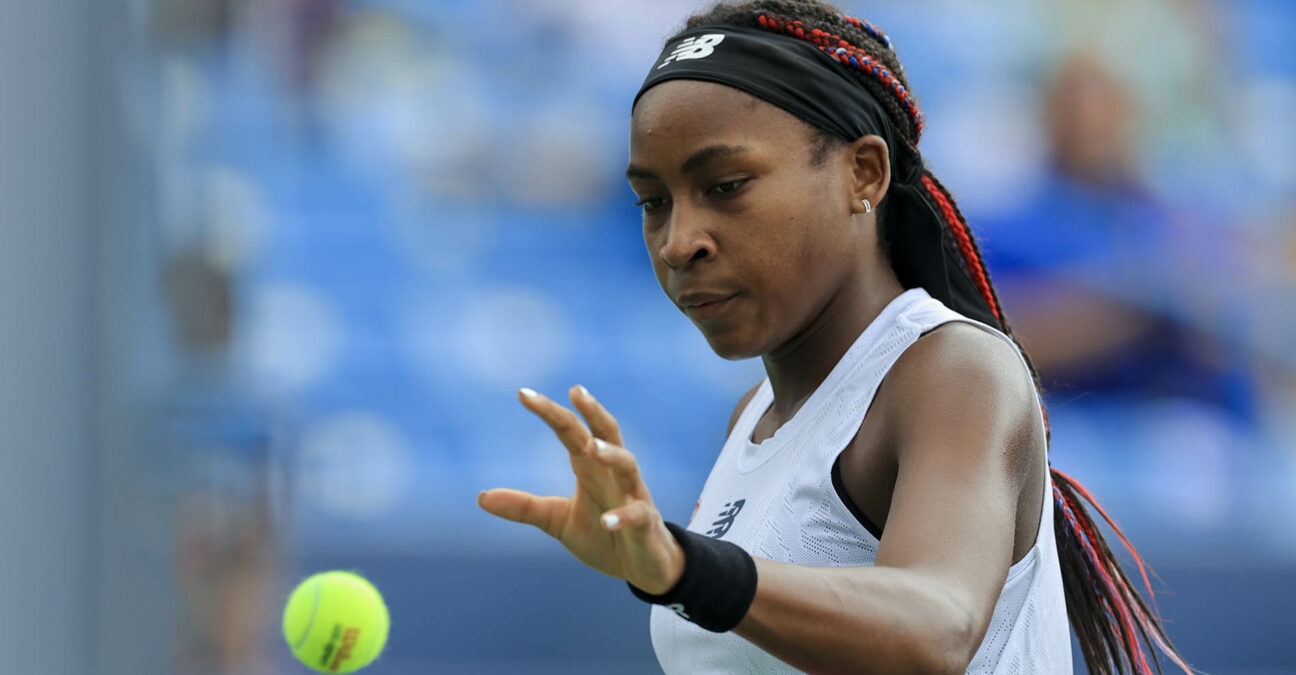 All eyes will be on Naomi Osaka and Coco Gauff when they meet for a spot in the third round on Wednesday at the Western & Southern Open in Cincinnati. Both women command the spotlight whenever they take the court, but the electricity is amplified when Osaka, a four-time Grand Slam champion and the No 2 seed in Cincinnati, and Gauff, at 17 the youngest player in the WTA’s top-100 and the only player born after 2003 to currently reside in the top-300, share the court.

Here are four reasons why Gauff vs Osaka is must-see tennis:

They have compelling history

Osaka and Gauff’s rivalry started with a blowout, ironically. Gauff was just 15 at the time, and coming off her fairy tale run to the second week at Wimbledon. Two months later, “Cocomania” was sweeping through New York as Gauff worked her way into the third round on her main draw debut at the US Open, but Osaka was ruthless and swept the young American off the court, 6-3, 6-0, in Arthur Ashe Stadium in front of a packed house.

The match may have been a snoozer but what happened in its aftermath set a tone of intrigue for the pair’s rivalry. After her victory Osaka consoled a disappointed Gauff and even asked her to join her for the post-match interview so that the New York crowd could give the rising American her due.

Gauff didn’t want to do it but Osaka told her it would be better than going into the shower and crying.

After Gauff left the court, Osaka took the mic and said some incredibly kind words to Gauff’s parents, Cori and Candi, praising them for their exceptional work with their daughter.

It was a heartwarming moment that left an indelible footprint on the way we perceive these two powerhouse players.

It wouldn’t take long for Gauff to change the scoreline against Osaka. The pair met at the very next Grand Slam and it was Gauff, now 16, who pulled the upset and knocked out the defending champion in the third round at the Australian Open.

In the press conference after the match Osaka was visibly shaken by the loss.

“I’m not going to take anything away from myself, but I don’t know. I feel like – I feel like I get tested a lot. Like life is just full of tests, and, like, unfortunately for me, my tests are tennis matches and you guys see them,” she said. “So I just have to find a way to navigate through it. Does that make sense?”

We would later learn, from Osaka’s Netflix documentary which was released in the summer of 2021, that Osaka would walk the streets of Melbourne later that evening, beating herself up about the loss.

Another thing that Osaka noticed about Gauff? That serve was booming.

“Her serve is way better than when I played her last year,” she told reporters.

Gauff is learning on the fly and growing as she goes

Win or lose, one theme has been constant since Coco Gauff turned pro: She is a student of the game and learns from her losses, and her experiences in general. On Tuesday she said that there were plenty of lessons to take from her first two meetings with Osaka.

“I definitely did learn a lot from both matches, actually,” she said. “For me, the second match I learned that I can perform well under the pressure, and that I do have a lot more fun on the court when I try not to focus on the expectations of other people and myself, whereas I didn’t really find that balance until that Australian Open match, whereas before it was hard for me to find that balance between the whole US Open and Australia, those months, which is trying to find the balance of trying to do what other people expect of me, but instead realizing I just have to focus on myself.

“For me I think I learned a lot from both of those experiences, and I definitely will take that into this match tomorrow and even my next matches for my whole career.”

It’s a critical moment for Osaka

Osaka has been through an extremely trying three months that started in May at Roland-Garros when she told the world that she would not be doing her mandatory press conferences during the tournament. After Osaka won her first-round match, the four Grand Slams came together and released a statement condemning Osaka’s action and threatening fines if she continued to boycott the press throughout the tournament.

Osaka’s response was to pull out of Roland-Garros for mental health reasons. It was a dark moment for the sport, and for her as well.

“I think now the best thing for the tournament, the other players and my well-being is that I withdraw so that everyone can get back to focusing on the tennis going on in Paris,” Osaka wrote in a note she posted on social media. “I never wanted to be a distraction and I accept that my timing was not ideal and message could have been clearer.”

Osaka later skipped Wimbledon, and when she returned to take her place in the Olympic Games at Tokyo she was the center of attention as she became the first tennis player in history to light the Olympic cauldron at the opening ceremony. With all the attention centered on the “face of the Games” Osaka won her first match, but fell to eventual silver medalist Marketa Vondrousova in her next match. It was a short-lived return to the tour, and Osaka is surely hoping that her stay in Cincinnati will last longer.

But Gauff, fiercely competitive and growing by leaps and bounds in 2021, will hope to hand Osaka another difficult loss. Osaka and Gauff have tons of respect for one another but when it comes to proving time, both want to win more than anything else. And that’s why we’re dying to watch their third meeting on Wednesday in Cincinnati.

Get your popcorn popped and enjoy.