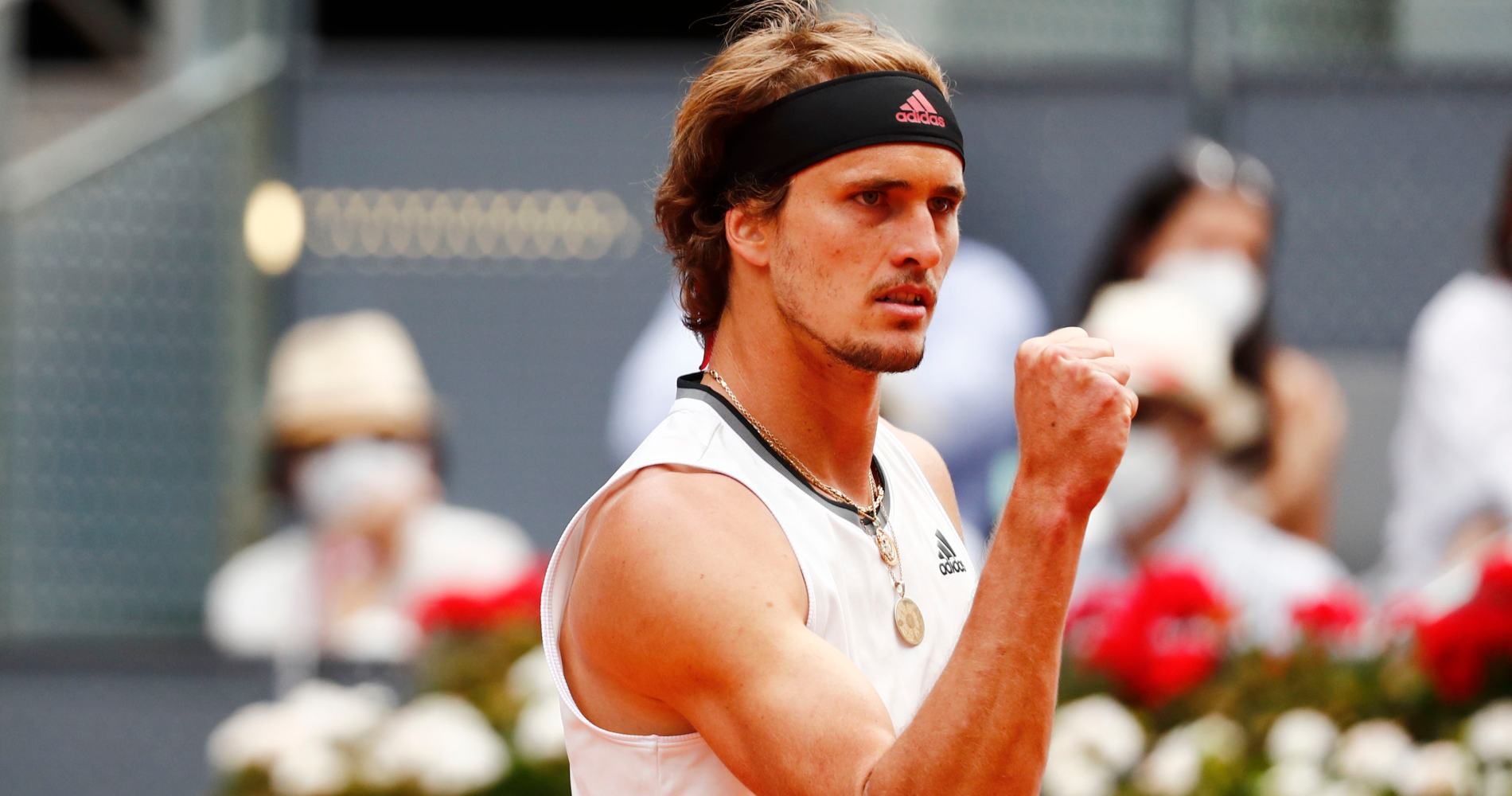 Germany’s Alexander Zverev continued his stunning form at this week’s Mutua Madrid Open as he crushed Dominic Thiem 6-3, 6-4 to reach the final for the second time in his career and make it through to an eighth Masters 1000 final.

The world No 6 served beautifully, dealt well with a tricky blustery wind and survived a wobble midway through the second set to move within one win of a second Madrid title, having triumphed in 2018 – when he beat Thiem in the final. He’ll meet Matteo Berrettini, the Italian who overpowered Casper Ruud in the second semi-final.

“Usually he kicks my ass,” a delighted Zverev said in his on-court interview. “I’m quite happy to get this one. It was a little bit of a weird match, it was extremely windy and the ball was fluttering a lot, so I’m definitely happy with the win.”

Another Madrid final for @AlexZverev 👏

Zverev follows up win over Nadal

Having stunned five-time champion Rafael Nadal in the previous round, Zverev picked up where he left off. His serve was again in the groove and the German threatened to break Thiem in almost every game. The Austrian, who famously beat Zverev to win his first Grand Slam title at last year’s US Open, had performed well to reach the semi-finals on his first clay-court outing of 2021 after taking a break from the Tour but he had no answer to the brilliance of Zverev.

The fourth game of the opening set proved the difference between the two men as Zverev broke Thiem to lead 3-1. The Austrian could not get a handle on the German’s serve, wherever he stood to return, and Zverev was able to attack at will.

Racing out to an early lead 🏃‍♂️@AlexZverev takes the opening set 6-3 against Thiem. #MMOPEN pic.twitter.com/GhIcMO2COi

Memories of US Open kick in

Zverev maintained his momentum to lead 4-1 in the second set, the match looked over but out of nowhere, Thiem broke back and suddenly, memories of the US Open final, when Zverev led by two sets, must have come flooding back.

Zverev had three break points for a 5-2 lead but Thiem, using his slice to great effect, broke back, the tension in Zverev obvious for everyone to see and he cut the gap to 4-3.

But with the comfort of an extra break already in the bag, Zverev held firm to lead 5-3 and though Thiem forced him to serve it out. A double-fault on his first match point hinted at fragility but he finished things off with a forehand winner.

Zverev’s 2018 triumph in Madrid was his most recent Masters 1000 triumph and the 24-year-old said the final would be extra special to him.

Thiem said there was not much more he could have done but added he was satisfied on his return to action.

“In general I’m super happy with the week,” he said. “I would have never expected to be in the semi-finals, to play in the semi-finals (against) a player like him. I cannot complain about anything. Of course, there are many things to improve for next week and then for the weeks after, as well. Just try to get to Rome, get some good practices in there, then hopefully play even better than here in Madrid.”