Reilly Opelka completed his tiebreak laden run to the Dallas title with a straight sets win over Jenson Brooksby. 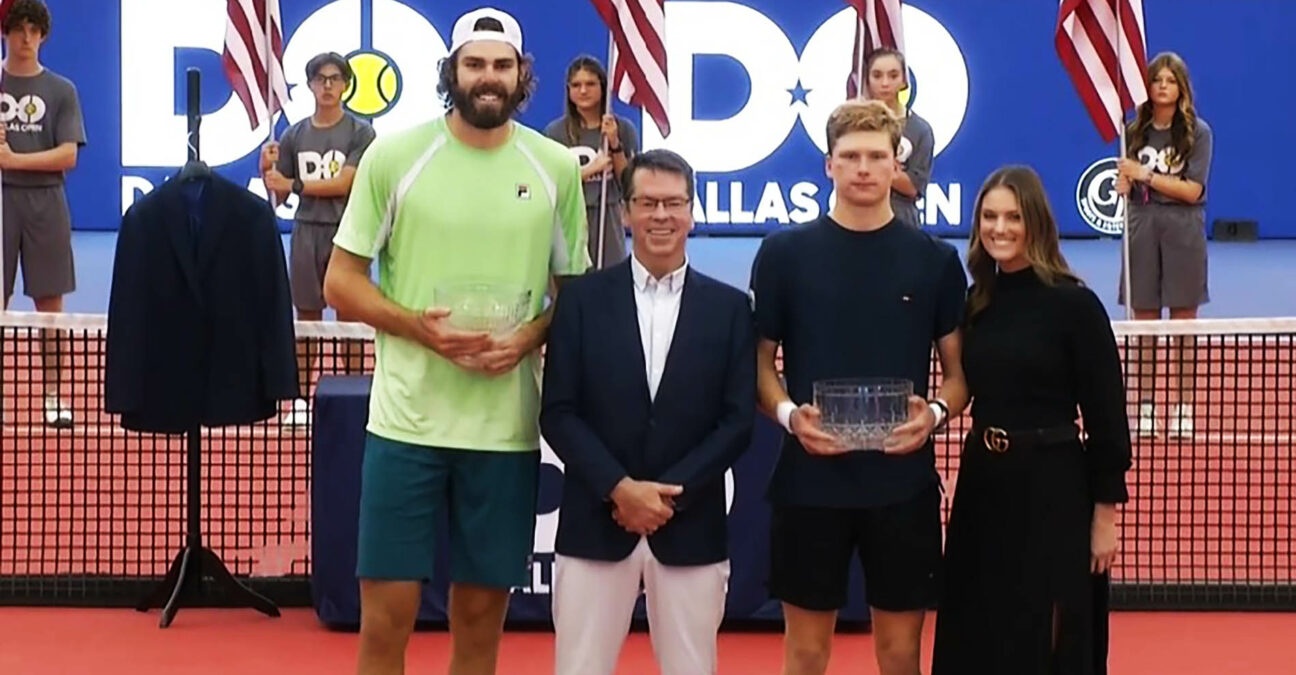 Reilly Opelka was a part of tennis history on Saturday night at the Dallas Open, the American taking a 46-point tiebreaker from John Isner that goes down as the longest in ATP history. On Sunday he came back to ensure that his record-smashing exploits were for a good cause, as he locked up the title with a 7-6(5), 7-6(3) victory over 21-year-old American Jenson Brooksby. 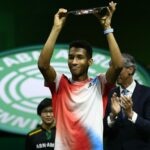 The American didn’t drop a set all week at Dallas, but he had many tense moments nevertheless. Six of the eight sets the 24-year-old played went the distance, with Opelka going 6-0 in tiebreaks – riduculously impressive for a player that entered the week with a 69-68 overall record in tiebreaks on the ATP Tour.

“I thought I played very well under pressure, especially against a great player like Jenson. He makes you very uncomfortable and he took me out of my comfort zone a lot of the match today,” Opelka told the crowd on court after the final. “I really had to play my best tennis to get by and I barely did.”

Opelka only faced one break point in the tournament, and it came early in the opening set against Brooksby. At 1-1, 30-40 Opelka ripped a backhand winner down the line to snuff out the challenge.

The American held serve in all 46 service games he played over the course of the week in Dallas. On Sunday, Opelka fired 16 aces (to 2 for Brooksby) and won 59 of 70 points on serve, to claim his third ATP title.

Brooksby fought valiantly to keep it close, saving all five break points he faced, but he came unglued in both tiebreakers to drop to 0-2 lifetime in ATP finals.

After the final Opelka sent some high praise in the direction of the Sacramento native. Brooksby, who entered the week ranked 54th in the ATP rankings, was outside of the ATP’s top-300 one year ago.

“I’m a big fan of his game, a big believer in him. He’s super young and he’s got a lot of tennis ahead of him still,” Opelka said. “The scary thing is he has a lot to even improve on and I think that’s why he’s a future Top 10 player and he’s going to be winning many titles for many years to come.”