Defending champion Andrei Medvedev cruised into the quarter-finals of the Western and Southern Open on Tuesday with a 6-3, 6-3 win over qualifier Aljaz Bedene, with the Slovenian escaping a potential default after hitting a cameraman with the ball. 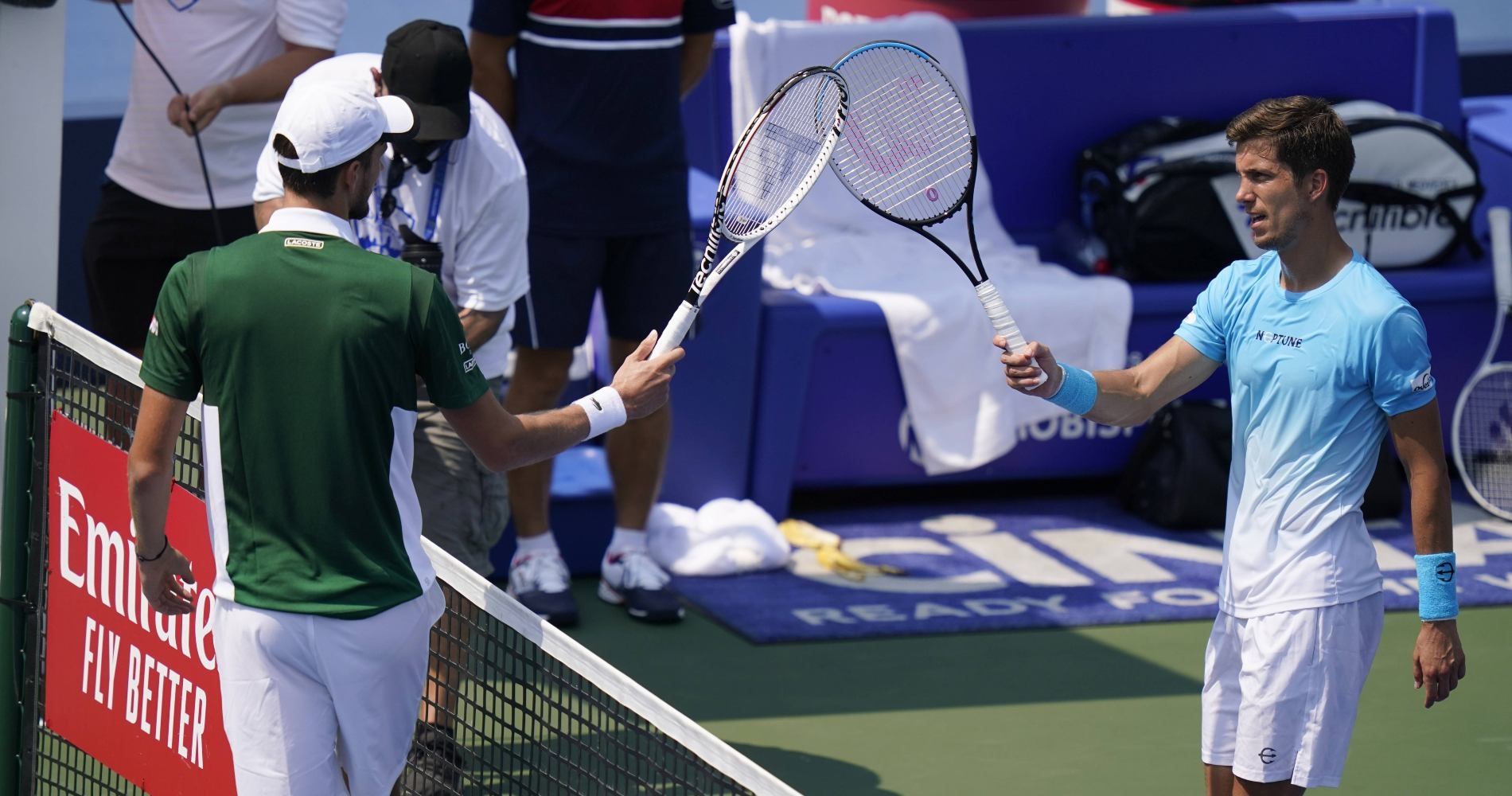 Medvedev, whose title win in the Cincinnati event – this year being played at the US Open venue due to the Covid-19 regulations – was in total control throughout but the match almost ended even sooner through a bizarre incident early in the second set.

Leading 6-3, 2-1, 30-15 on the Bedene serve, Medvedev won the following point and Bedene, frustrated after hitting a forehand into the net, tapped away a ball from the ball-boy toward the back fence and was shocked when it went higher than he had intended and hit the arm of a cameraman in the front row above the hoardings behind the court.

Bedene immediately apologised to the cameraman but the umpire called the supervisor because the ball had hit him. The supervisor, Lars Graff, spoke to the cameraman, who said “it was a total accident” and the Slovenian escaped with a warning for unsportsmanlike conduct.

Tim Henman, the former world No 4 who was covering the match for Amazon Prime in the UK, was famously defaulted at Wimbledon in 1995 when he hit the ball in anger toward the net and inadvertently saw it hit a ball girl.

“There’s no way that’s a default,” Henman said. “He only tapped it, and it was actually a shocking shot, he was trying to hit the back fence.” 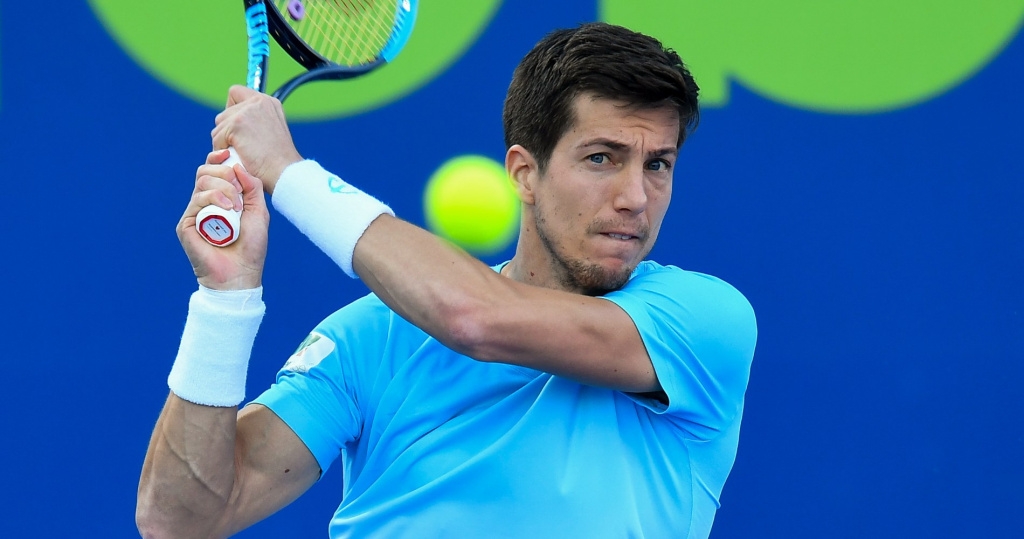 The incident fell under this section of the ATP Tour rulebook:

Ball Abuse i) Players shall not violently, dangerously or with anger hit, kick or throw a tennis ball while on the grounds of the tournament site except in the reasonable pursuit of a point during a match (including warm-up). For purposes of this rule, abuse of balls is defined as intentionally or recklessly hitting a ball out of the enclosure of the court, hitting a ball dangerously or recklessly within the court or hitting a ball with disregard of the consequences. ii) Violation of this section shall subject a player to a fine of up to $350 for each violation. In addition, if such violation occurs during a match, the player shall be penalized in accordance with the Point Penalty Schedule

“He’s been around for a long, long time, he went to the cameraman, everything was fine,” the Briton said. “He got an unsportsmanlike conduct, he’ll probably get a fine (but) if that was a disqualification, a lot of other people in a lot of sports would be thinking, they’ve got that wrong.”

Henman said he still had not forgotten his 1995 default at Wimbledon.

“I was 19, and I walked into the press conference and the first question was: “How does it feel to be the first man defaulted at Wimbledon in 120 years,” he said. 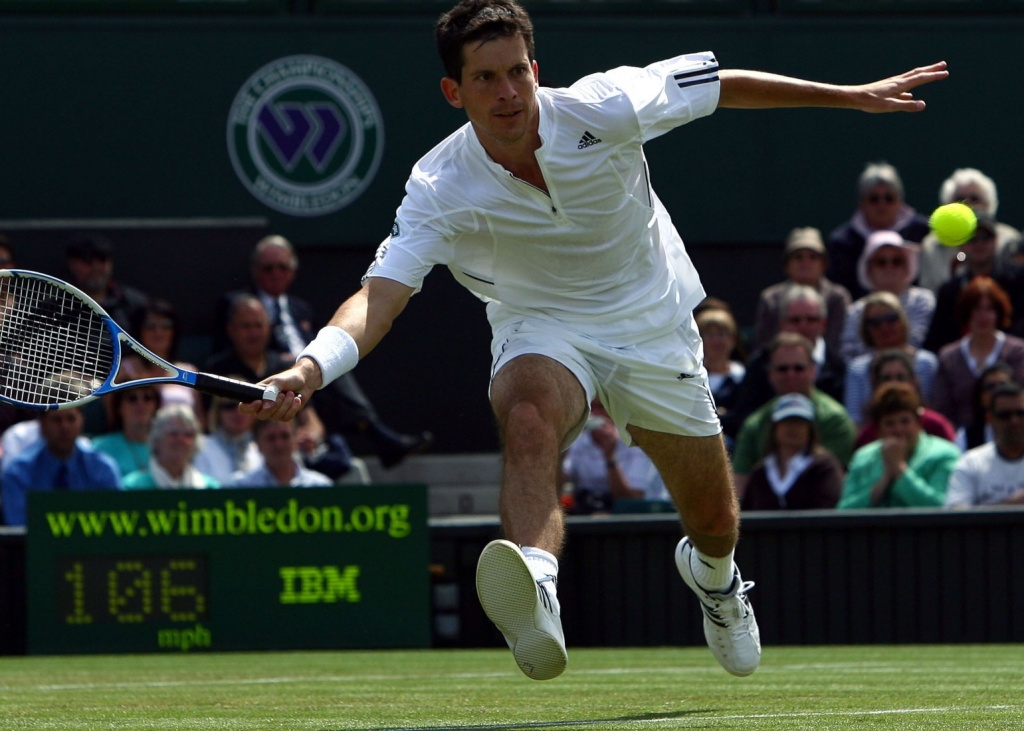 Bedene went over to the cameraman at the end of the match and the two men bumped fists.

Medvedev, meanwhile, who will now play No 8 seed Roberto Bautista Agut of Spain, was delighted with his performance.

“I played really good, much better than yesterday from the baseline, was returning better and I didn’t lose my serve so I am really happy with this win today,” he said.

Bautista Agut ended the chances of an all-Russian battle as he fought back to beat 11th seed Karen Khachanov 4-6, 6-3, 6-2.