Home » News » Djokovic far from dominant, but gets it done against Berankis

Djokovic far from dominant, but gets it done against Berankis

Despite not being at his best, Novak Djokovic is through to the Cincinnati third round after beating Ricardas Berankis on Monday. Next up for the top seed is Tennys Sandgren. 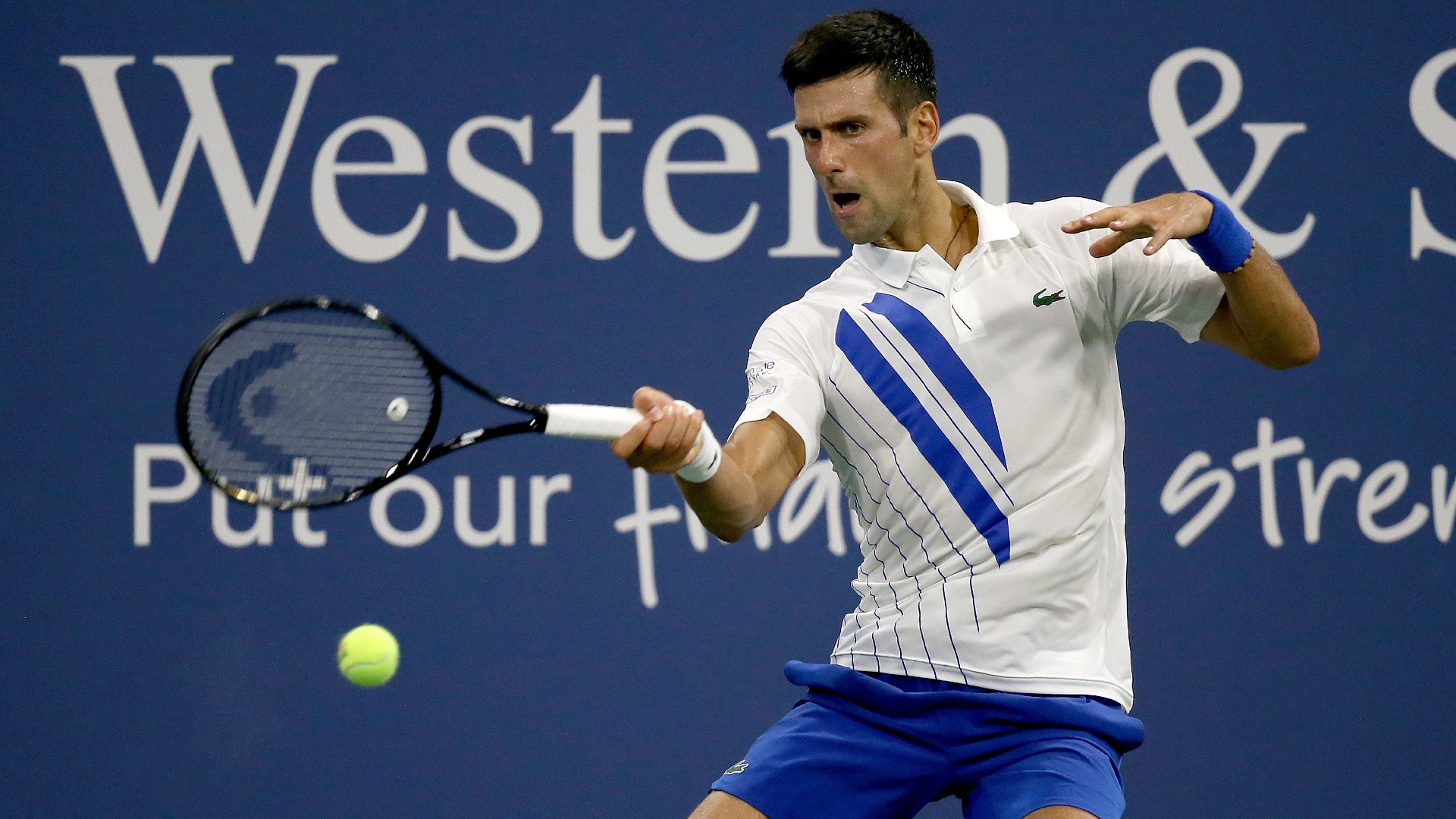 After a six-month hiatus in competitive play and the Adria Tour controversy, Djokovic made his comeback in New York City. Not the cleanest of wins but the 4-3 advantage in breaks carried him to a win against Lithuanian qualifier Ricardas Berankis.

Novak Djokovic did not turn in a performance that would not inspire a ton of confidence moving forward, but for now he won’t mind. It is all about surviving and advancing at the Western & Southern Open, and — unlike many other top seeds — that is exactly what Djokovic did on Monday night.

The world No. 1 recovered from a break down in both sets to beat Ricardas Berankis 7-6(2), 6-4 during second-round action. He needed one hour and 41 minutes to set up a contest against Tennys Sandgren, with the winner to reach the quarterfinals of this Masters 1000 event.

Djokovic’s hiatus from tennis during the coronavirus pandemic was plagued by controversy, and he also withdrew from doubles at the Cincinnati Masters due to neck pain. As such, Berankis surely sensed that he might have a chance going into this match. The Lithuanian was additionally confident, too, because he had already won three matches — two in qualifying and then over Tommy Paul in the first round. He got off to a fast start against Djokovic, breaking for a 4-3 lead in the first set. In typical Djokovic fashion, though, the world No. 33 broke right back for 4-4. Eventually the two competitors played their way into a tiebreaker.

Unsurprisingly, Djokovic once again exerted his dominance when it mattered most. After taking it seven points to two, the top seed improved to an 18-1 record in his last 19 tiebreakers dating back to last summer.

But there was still work to be done to improve to 19-0 in overall matches this season. Berankis again seized momentum early, breaking for a 2-0 advantage. After Djokovic was quick to get back on serve, the world No. 72 earned another scalp of his heavily favored opponent’s serve for a 4-2 lead. Once again, however, Berankis could not consolidate. Djokovic made it three-for-three in immediate break-backs, and that proved to be the final momentum swing. The top seed reeled off four games in a row to end the battle in style.

STILL. UNDEFEATED. @DjokerNole gets it done in straight sets 7-6(2), 6-4 to advance at @CincyTennis. #CInCyTENNIS pic.twitter.com/3fcIW7f1bh

Still, there are concerns for the remainder of the tournament because Djokovic was not in peak form and also took a medical timeout for the neck issue that forced him out of doubles.

“It’s getting better,” he assured. “It’s been now four days, but it has been moving in the right direction. Obviously it’s not yet where I would like it to be, but it’s heading in that direction. Hopefully it will not react with big inflammation after tonight’s match. I don’t know how it’s going to react; hopefully not that bad. We’re going to do everything possible with physiotherapists, and then let’s see what tomorrow brings.

“It felt great to be back competing. You know, (after) six months this is what all of us have been waiting for. Of course it’s not ideal in terms of conditions and what we have to face, but we are back. You know, tennis is back. I think when you draw a line, it’s very positive thing.”