Rafael Nadal and Novak Djokovic have been placed in opposite halves of the Monte-Carlo draw. Join us for a look inside the key matchups and storylines ahead of next week’s action 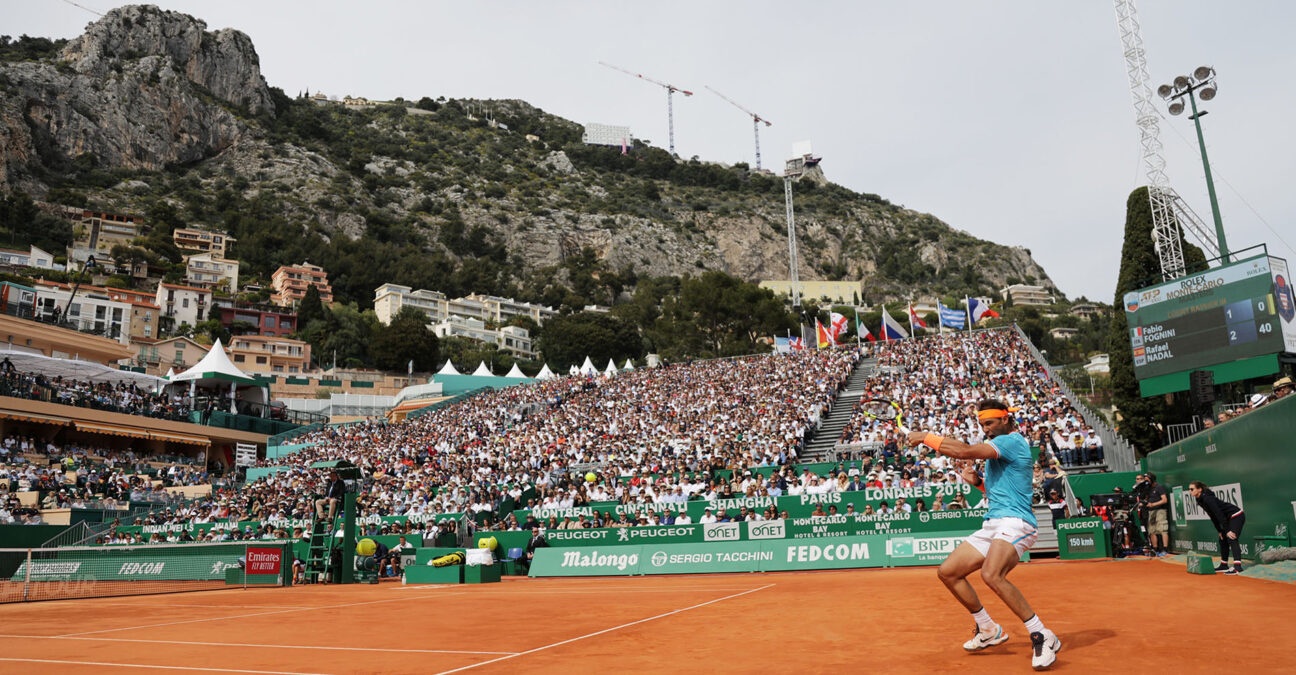 The draw is set at the Monte-Carlo Rolex Masters and we now know that world No 1 Novak Djokovic and 11-time champion Rafael Nadal are in opposite sections of the draw. What are the odds that the two legends meet in the final in the Principality? And who might stop Nadal and Djokovic from meeting for the 57th time? Let’s take a look inside the draw and also look at a few key storylines. 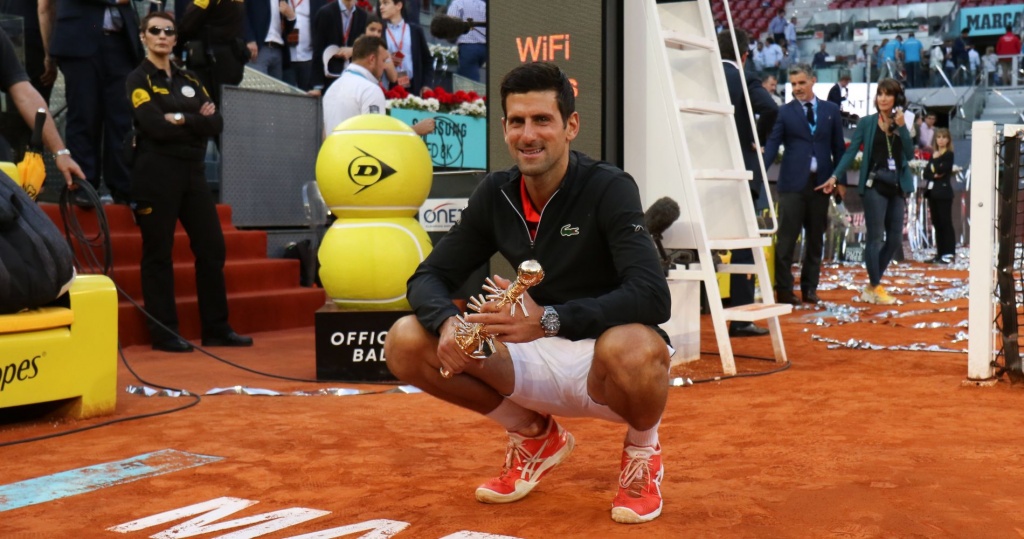 When you’re the world No 1 the words “tricky draw” should be taken with grains of salt. Novak Djokovic is the top player on the ATP Tour, and while he may not be the King of Clay, he does just fine on the red stuff. So with Rafael Nadal in the bottom half of the draw, it seems likely that Djokovic will make his way to the final at Monte-Carlo, no matter who he faces.

That said, Djokovic will have to endure some challenges to get there.

The two-time Monte-Carlo champion is slated to face either Miami runner-up Jannik Sinner or Albert Ramos-Vinolas, a winner in Cordoba earlier this year and through to the semis in Marbella at the time of writing, after his first-round bye. If he passes that test he could be up against red-hot Hubert Hurkacz of Poland, the 24-year-old coming in with confidence after having won his first Masters 1000 title at the Miami Open two weeks ago.

Lurking as a potential quarter-final opponent is No 5-seeded Alexander Zverev. Zverev owns a 2-6 lifetime record against Djokovic, including a win on clay in the 2017 R0me final.

Djokovic’s potential semi-final opponent would be No 4-seeded Stefanos Tsitsipas if the seeds hold. 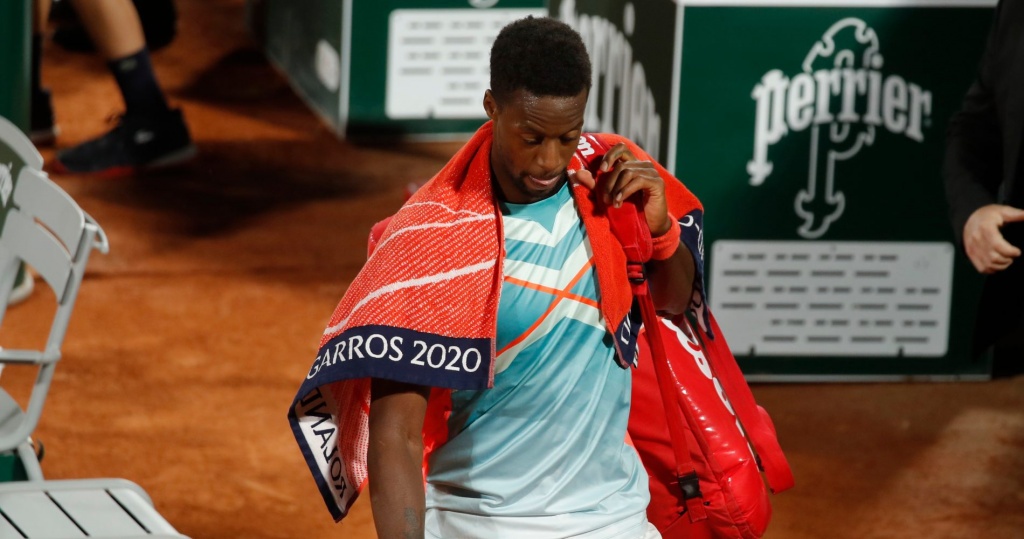 The pandemic has been cruel to Gael Monfils. Remember back in the first quarter of 2020 when Monfils was one of the hottest players in tennis, with a 16-2 record and a 12-match winning streak heading into the Dubai final? At the time Monfils was talking about reaching the top 5 and possibly winning a major. 14 months later and the Frenchman has still not won another match on tour.

Crippled emotionally by the pandemic, the flying Frenchman has found himself grounded and is currently on a seven-match losing streak.

But Monfils is in a good place personally after getting engaged to Elina Svitolina, and perhaps the new mood will bleed into his tennis. For months after tennis restarted last August, Monfils was downtrodden. Now, with love back in his life, perhaps he will recapture his passion for the sport and catch a few wins in Monte-Carlo. Let us not forget that Monfils does have some history in Monte-Carlo. He reached the final in his last appearance in 2016.

Seeded No 10, Monfils will face Pablo Andujar in the first round.

The Uncle Toni era begins for Auger-Aliassime in Monte-Carlo

The tennis world is jazzed about the new arrangement between Toni Nadal and Felix Auger-Aliassime, which was confirmed last week and will begin in earnest this week in Monte-Carlo. Auger-Aliassime, ranked 22, is still searching for his first career title, after having lost his first seven ATP finals. Nadal, the legendary uncle of Rafael Nadal, and the man who coached the King of Clay to his first 16 Grand Slam titles, will likely be counted on to help the Canadian get over the hump and win his first ATP title, as well as helping him sort out his issues with his ball toss and nerves during his biggest matches.

The challenge will start instantly, as Auger-Aliassime will take on Chile’s Cristian Garin, the No 16 seed, in his first match. The pair have split their previous two matches, both on clay.

Also of note is the fact that Nadal is in the lower half, while Auger-Aliassime is in the top half, so we won’t get to see Nadal compete against his Uncle as a coach, unless they both make the final.

Nadal hops on the road to Roland-Garros


Rafael Nadal first appeared at the Monte-Carlo Rolex Masters as a 16-year-old in 2003, when he won two rounds and made quite an impression. But that impression would pale in comparison to the dent he would put in the tournament from 2005 to 2013, when he reeled off 46 consecutive victories.

That streak would end in 2013 when Novak Djokovic picked him off in the final, but Nadal has won three more titles since then and pushed his career record to an incredible 71-5 at the event.

It will interesting to see Nadal take the court for the first time since the Australian Open. He has struggled with injuries since winning his 13th Roland-Garros title last October and was plagued by a back issue at the Australian Open, where he eventually bowed out in five sets to Stefanos Tsitsipas in the quarter-finals.

Nadal has a somewhat favourable draw in Monte-Carlo. He will face either Adrian Mannarino or a qualifier in the second round after a bye. If the seeds hold his potential quarter-final opponent would be No 6-seeded Andrey Rublev and his semi-final foe would be second-seeded Daniil Medvedev.

Things will heat up early in Monte-Carlo with these exciting first-round matchups: