Karen Khachanov will be the next man to try and stop Novak Djokovic, who now holds a 15-0 record in 2020 after winning again in Dubai. 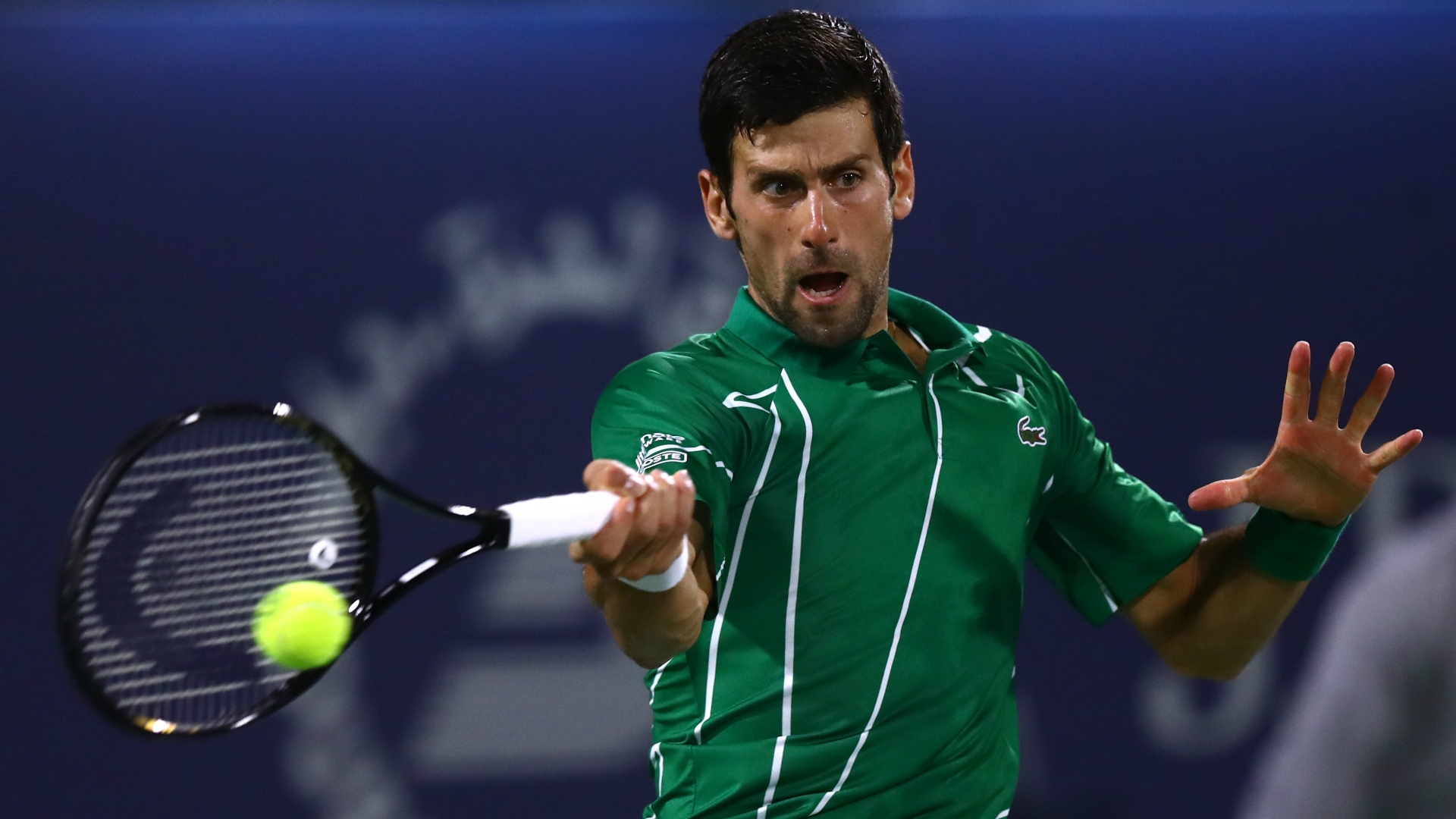 Novak Djokovic talked up the quality of the “powerful” Karen Khachanov after he and the Russian booked a quarter-final meeting at the Dubai Tennis Championship.

After dominating his first-round encounter against Malek Jaziri in one hour, Djokovic won a similarly straightforward contest with Philipp Kohlschreiber 6-3 6-1 in just 59 minutes on Wednesday.

In the build-up, Djokovic had pointed to his loss against Kohlschreiber at Indian Wells last year on the previous occasion they had met on a hard court as evidence he was facing a big test.

But the Serbian triumphed without facing a break point, hitting 23 winners and just 10 unforced errors in improving his 2020 record to 15-0.

Khachanov, who has won one of his three meetings with Djokovic, moved through after seeing off Dennis Novak 6-3 6-4.

“I’ve had some interesting battles with him,” Djokovic said of Khachanov. “He is a great guy, a very powerful player.

“He is one of the guys who is a pretender to be top five, top 10. He is very dedicated, so hopefully I’ll be as sharp as I have been in the past two matches and start well.”

The World No.1 pays tribute to @MariaSharapova.

Djokovic felt he had barely put a foot wrong against Kohlschreiber, who at 36-years-old is now ranked at number 80.

“It was a great performance,” said the Australian Open champion. “I enjoyed the way I played, coming out with the right focus and tactics.

“Knowing Philipp beat me 12 months ago in Indian Wells, I needed to approach this match very seriously regardless of his ranking.”

Second seed Stefanos Tsitsipas joined Djokovic in the quarter-finals at the ATP 500 event, beating Alexander Bublik – a player he also got the better of en route to Open 13 Marseille glory last week – 7-6 (7-1) 6-4.

Andrey Rublev saw off Filip Krajinovic 7-6 (7-3) 6-0 to book a clash with Dan Evans, who was on the brink of elimination but saved three match points in a thriller against Pierre-Hugues Herbert, eventually winning 7-5 3-6 7-6 (9-7).