The Rafael Nadal freight train keeps on rolling full steam ahead on the Mexican coastline. The world No. 2 took care of business against Serbia’s Miomir Kecmanovic in an hour and 35 minutes (6-2, 7-5) to make the quarterfinals in Acapulco. 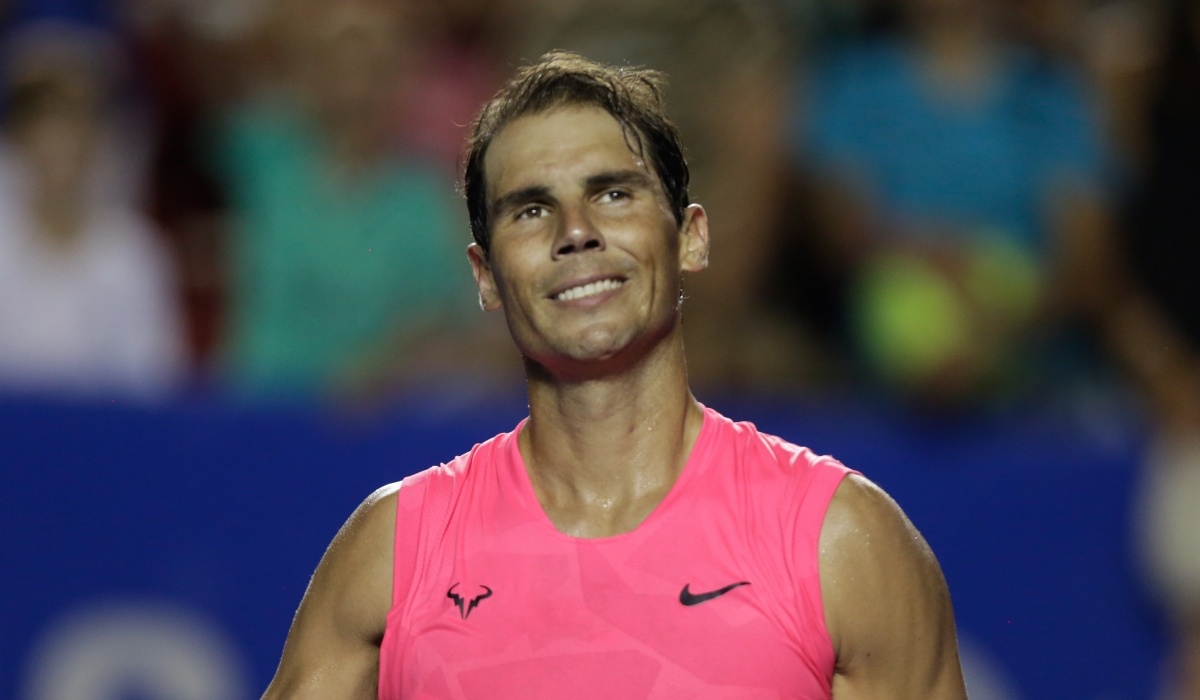 ACAPULCO, Feb. 26, 2020 Rafael Nadal of Spain reacts after the men’s singles first round match against Pablo Andujar of Spain at the 2020 ATP Mexican Open tennis tournament in Acapulco, Mexico, Feb. 25, 2020.

This time around, unlike last year against Nick Kyrgios, Rafael Nadal’s Acapulco campaign will not brutally end in the Round of 16.

The No. 1 seed delivered a convincing performance to brush world No. 50 Miomir Kecmanovic aside, 6-2, 7-5.

The 20-year-old Serbian — who already has two semifinals to his name in 2020 (Doha, New York) — had his moments, but Nadal ultimately proved superior.

Kecmanovic felt discouraged right from the get-go, surely, when seeing this crushing Nadal forehand down the line go past him moments before he fell down a double break in the first set…

Vicious 🤯@RafaelNadal with a ridiculous jaw-dropper of a forehand from way behind the Acapulco sign. #AMT2020 pic.twitter.com/SlXqcZ8Xky

…and another one later, perhaps even more dispiriting.

Hurts so good 🙌@RafaelNadal with the top-shelf rocket in Acapulco. #AMT2020 pic.twitter.com/NZoBMk9Hye

But despite falling a set and a break down, 6-2, 5-3, the Serbian displayed the qualities that make him the world’s third-highest ranked under-21 player (behind Canadians Denis Shapovalov and Felix Auger-Aliassime).

Going bold, mixing up bombastic forehands with delicate net finishes, Kecmanovic reeled off 9 of the next 10 points to get back on serve, 5-5.

Nadal wasn’t in the mood for extra work hours, though, and he concluded the match with another break on a last Kecmanovic forehand unforced error, 6-2, 7-5.

While he never truly looked his best self in Melbourne a month ago, Nadal appears imperial again this week in Acapulco.

Nadal's FH has looked sharper this week than it did throughout the AO. 😂😭😂😭

In the quarterfinals, the two-time Acapulco champion (2005, 2013, both times when it was still clay) will face South Korea’s Soon-Woo Kwon, with a potential blockbuster semifinal looming against Stan Wawrinka or Grigor Dimitrov.

Who’s your final four gonna be?