Home » News » Auger-Aliassime : “I have to keep perspective”

Auger-Aliassime : “I have to keep perspective”

Felix Auger-Aliassime is still missing the last step, but he’s doing everything right to get it. 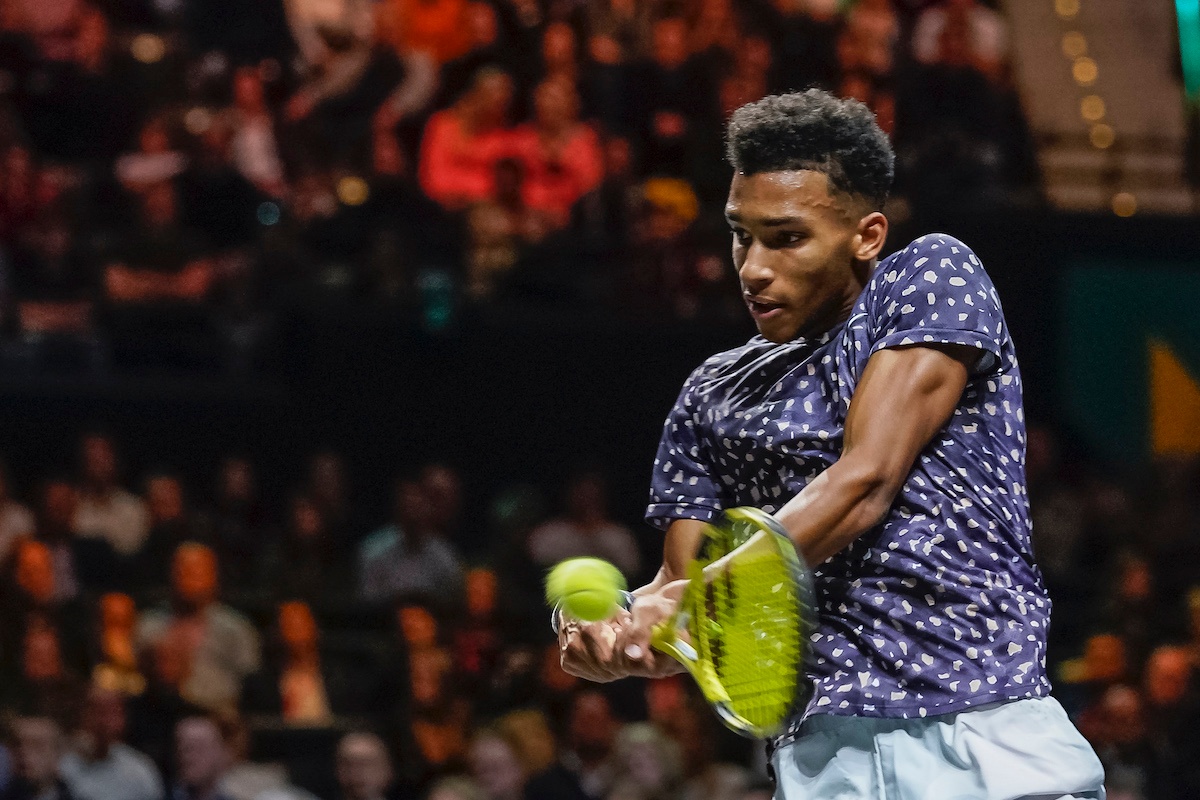 FAA will have to wait.

Luckily for him, Felix Auger-Aliassime is a very smart young man. And so despite the obvious disappointment of losing a fifth Tour final, he knows that having already five finals under his belt at only 19 years old is a very good statistic. As he also knows that he has some more work ahead of him in order to get that first trophy. “Two finals, it’s better than two first rounds”, he laughed. “I also need to keep perspective as I was several times a point away from losing this week. So playing that final is really great. I also have to remind myself that everything is going into the right direction.”

And he’s right. He’s been playing a great level of tennis those past couples of weeks after the disappointment of Melbourne and Montpellier. In the game and in the attitude, he’s improved a lot in a very short time. On Sunday, he didn’t do anything wrong per se. He played his final, he fought, he tried until the end. Sure, he wasn’t maybe as flashy and daring as in the past matches. Sure, he missed more. But he wasn’t playing alone and he wasn’t playing against an outsider. Stefanos Tsitsipas was just much better than Auger-Aliassime and is, for now, a much better player than the Canadian. It’s not like FAA missed huge opportunities in Rotterdam against Monfils or here: he was outplayed. “I didn’t play amazing, but it wasn’t that bad at all. Physically I was fine even if for sure not perfectly fresh. Stefanos played at a very high level, first of all. And I didn’t serve as well as the rest of the week. I wasn’t loose enough, I wasn’t accurate enough. I could find service winners nor aces, it was very complicated. From the baseline, I wasn’t that far away.”

Not the result he would have wanted, but @felixtennis can still leave Marseille with a smile. 😁🥈

It’s nice to see that Auger-Aliassime not panicking or starting to put his brain inside out about it. Even if he’s logically sad and upset about losing another chance of a first title. “This frustration is also important: I need to go through it, need to digest it. I’m a bit sad to lose again final, but I can’t do anything about it now. The two players I faced in finals this year played extremely well. It’s tough to lose each time in the final so I need to take a bit of time to think about it. But I try not to worry too much, because I’m young, because I played top players in those finals this year. But I’m also wondering when my time is going to come. But I don’t feel that I’m playing those matches without big stress at all.”

Auger-Aliassime doesn’ have to look too far away for inspiration and a light to open his path: on Sunday, all of this was on the other side of the net. Stefanos Tsitsipas, two years older than FAA but his rival since the juniors, has done in the past couple of years what the Canadian needs to do from now on. “He’s defending much better, handling the rallies much better. He’s always bringing another ball back, he’s very good at passing shots. Physically, he got better too. He didn’t give anything for free. It’s clearly not the same player as last year when I beat him in Indian Wells (6-4, 6-2). We do have a rivalry and it’s a great challenge. We’re going to make each other better. It’s motivating to see him doing so well at a young age, he’s showing the way and I’m happy to be in this rivalry.” Auger-Aliassime leaves the indoor season with his head held high, ready for getting that first big title at some point or another.