After going through eight surgeries in a decade, American Christian Harrison is finding his best tennis in 2021, at the age of 26. 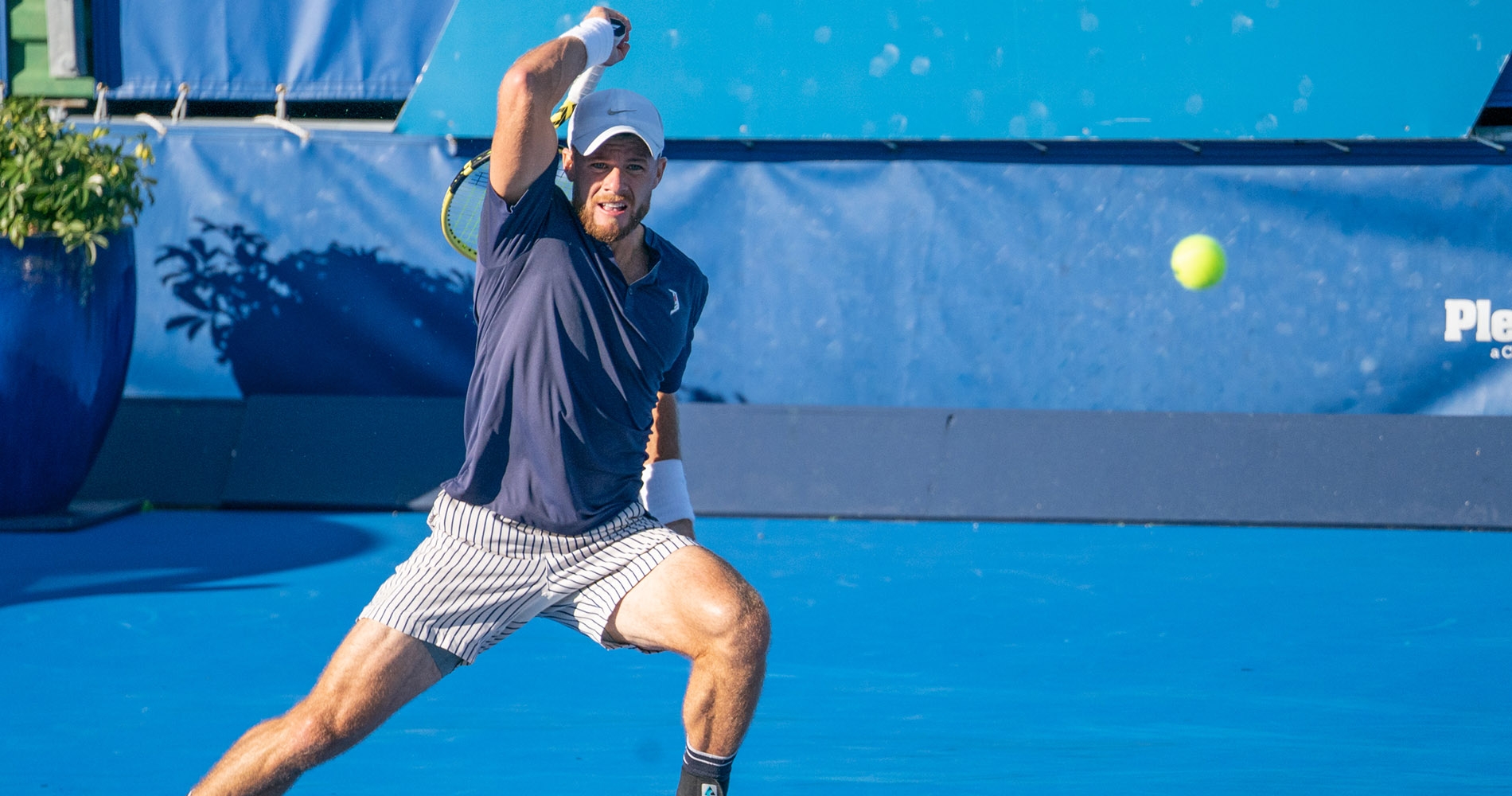 DELRAY BEACH, FL – JANUARY 9: Christian Harrison (USA) competes during the second round of singles at the ATP Delray Beach Open on January 9, 2021 at the Delray Beach Stadium & Tennis Center in Delray Beach, Florida

About a year ago, Christian Harrison was contemplating leaving his singles career behind to concentrate on doubles.

Today he is back on the singles court, and into his first career ATP semi-final at the Delray Beach Open thanks to a string of eye-opening victories, including today’s 7-6(2), 6-4 triumph over Italy’s Gianluca Mager.

Christian Harrison is now an incredible 7-0 this week in Delray Beach:

Harrison’s tennis journey has been anything but easy. He’s been through the ringer for a decade, enduring eight surgeries to various parts of his body. Each time he mounted a comeback and began to fulfill some of the promise that he knew he possessed, the next injury would surface.

He upsets Cristian Garin to reach his first ATP QF at @DelrayBeachOpen.

But things changed when the coronavirus pandemic hit. Already working his way back to form and good health, Harrison, the brother of ATP veteran Ryan and the son of IMG Academy coach Pat, took advantage of the time to get healthier than he has been in a long time.

“I definitely could tell how I felt in practice that it was a different sense, just how I felt overall that I just hadn’t felt since I was 16 or 17 so,” he said.

It’s been a truly stunning week for Harrison, who qualified for the singles draw and then notched his biggest ever win on Saturday when he toppled world No 22 Cristan Garin in straight sets to reach the quarter-finals.

The ranking jump will help the American breathe a sigh of relief, he could potentially get near or even inside the top 300 with a title.

“It sounds nice. I don’t have to use my protected ranking anymore, that I was using for the last four, five tournaments, so obviously it’s nice to move up a lot of spots right now. It’s not always going to be that easy though, so I’m just going to take it all in right now.”

But Harrison isn’t overly stressed about anything at the moment, and that appears to be the secret to his success.

“The whole time where I was out I just realized that who I wanted to be as a person, or just in general what gave me enjoyment wasn’t always reflective of my tennis success,” he told reporters in a virtual press conference on Monday. “I play tennis because I love doing it and then I also believe in myself. … I definitely had a lot of moments when I was younger, like when I was 16, I definitely had a lot of hype and there was a lot of potential and when you are not able to play, you don’t really have that same type of attention, but then I just realized that it doesn’t change anything about me so then that’s why I guess now I’m having good results this week.

I obviously want to do everything I’m doing to keep having results but I know that I’m not going to change anything that I’m doing.”

Harrison said his dat Pat has always been of huge importance to him. He told Tennis Majors that his father is the person that he’s been able to lean on more than anybody else through all his difficult times.

“My dad for sure just because in terms of understanding life and also tennis, he always had the right things to say, that I would need in those tough times. There are definitely times where everybody is going to feel down and feel sorry and you feel these emotions and it obviously makes you appreciate the highs in life too, so that’s what I realized.

“I realized that if I lose a tennis match I’ll be okay, and now I just feel lucky that I’ve been able to persevere the way I have, and I credit a lot of my close family and friends so that now I feel like there’s a lot of things that I am still capable of achieving, hopefully I have a lot of times ahead of me and hopefully I can talk to you guys a lot more.”

Brother Ryan also a key figure in his career

Harrison is playing doubles with his brother Ryan at Delray Beach and the pair are into the semi-finals as well. Formerly, the duo reached the quarter-finals at the US Open, and Harrison says facing elite level competition with his brother over the years has helped give him the confidence that he can hang with the top 100.

“It’s helped me a lot because whenever I was out we got into doubles tournaments because he was so successful,” Harrison said of his brother Ryan, who is 28 years old and has held a career-high singles ranking of 40.

“US Open, we had a quarter-final run and another round of 16 even, last year we won a match. So it’s definitely given me a lot of opportunities to see different levels of the game, the highest levels of the game, and then also we practice together all the time so I knew that he has been top [40], and he’s had matches against the best players in the world, so even the times that I’m out and we’re practicing or playing … it obviously always gave me an idea that, ‘Okay I could still play the level I need to make a good career out of it.”