It’s a small sample size, but already it’s plain to see that Felix Auger-Aliassime is a lethal talent on the grass. 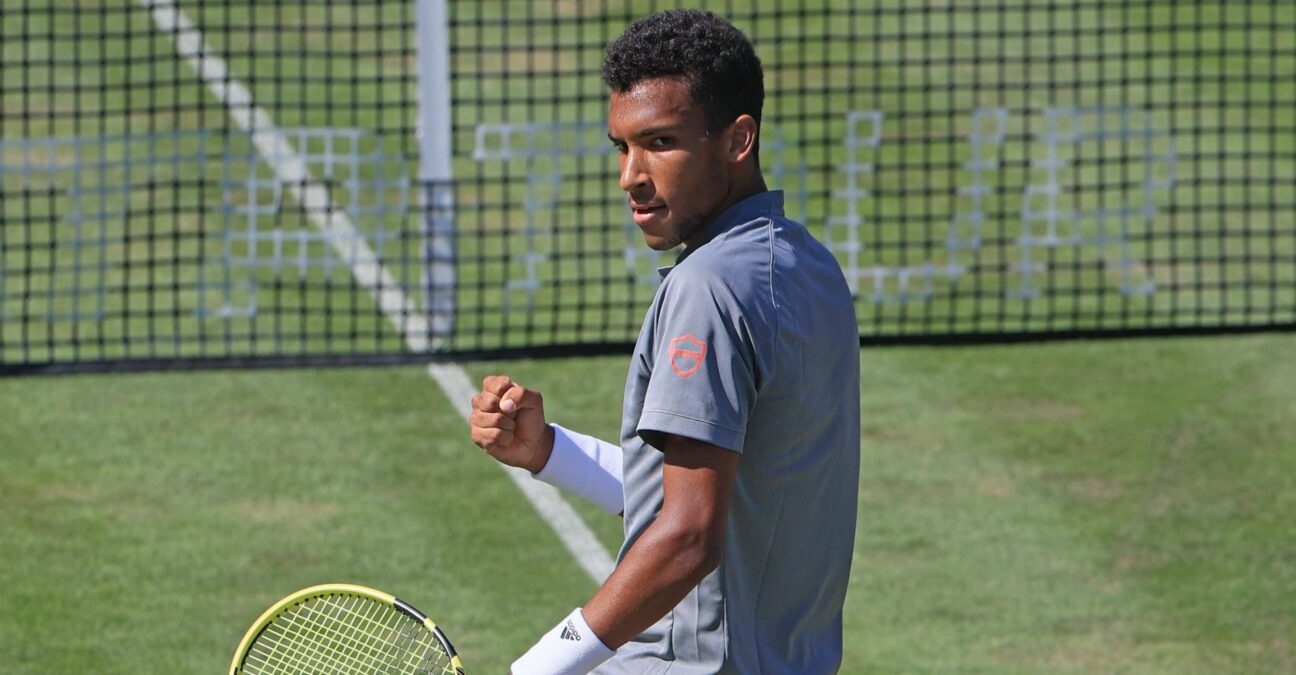 Felix Auger-Aliassime at Stuttgart in 2021 ©

18 matches does not make a career, but already a trend seems to be emerging with Canada’s Felix Auger-Aliassime on grass. The 20-year-old is a ringer on tennis’ least played upon surface, and every time he gets on it, he seems to be working his way deep into draws.

Auger-Aliassime powered past American Marcos Giron in Halle on Friday to reach the semi-finals, and will face France’s Ugo Humbert (another promising player on the surface) for a spot in the final. That’s five career events on grass played by Auger-Aliassime so far, and he has reached at least the semi-finals of four of them.

Stat check: Auger-Aliassime vs top-20 and top-50 on grass, hard and clay

Of course matchups play a part in these statistics. But his list of victims on grass is already impressive, and includes Roger Federer, Stefanos Tsitsipas, Hubert Hurkacz, Nick Kyrgios, Grigor Dimitrov, Gilles Simon and Humbert. Time will tell if the stark difference between Auger-Aliassime’s winning percentage on grass and his winning percentage on the other surfaces will hold up. For now, all we can do is be impressed.

Grass suits his game and his mentality

The Canadian admits that movement on grass is the trickiest part of playing on the surface, but he doesn’t seem to mind. He just likes the surface, and that appears to have an impact on him psychologically.

“It is so unique,” he said of the grass, in an interview with ATPWorldTour.com. “The first thing that comes to mind is the beauty of it, how nice the feeling is under your feet to be on something so soft and so nice and I think that the fact that we move and there is no sound, just the sound of the ball you hit is a very nice feeling.”

He loves to serve on grass

He has a lot of confidence in his serve on grass, and the numbers reveal that. In Friday’s quarter-final against Giron in Halle he rained down 14 aces and dropped just six points on serve.

In his round of 16 takedown of grass great Roger Federer earlier this week in Halle, Auger-Aliassime won 42 of 48 first-serve points and dropped just 14 points on serve in three sets.

The ability to pick up free points and ramble through service games seems to help Auger-Aliassime organize his game and set the aggressive, first-strike tone that he prefers.

His career on grass is very much a work in progress, but if the first 18 matches are any indication, he’s going to enjoy this part of the ATP season more than most players each year.