Cristian Garin became the first Chilean player to win a home event since Fernandez Gonzalez in 2009. Garin held off Facundo Bagnis in three sets to triumph in Santiago on Sunday. 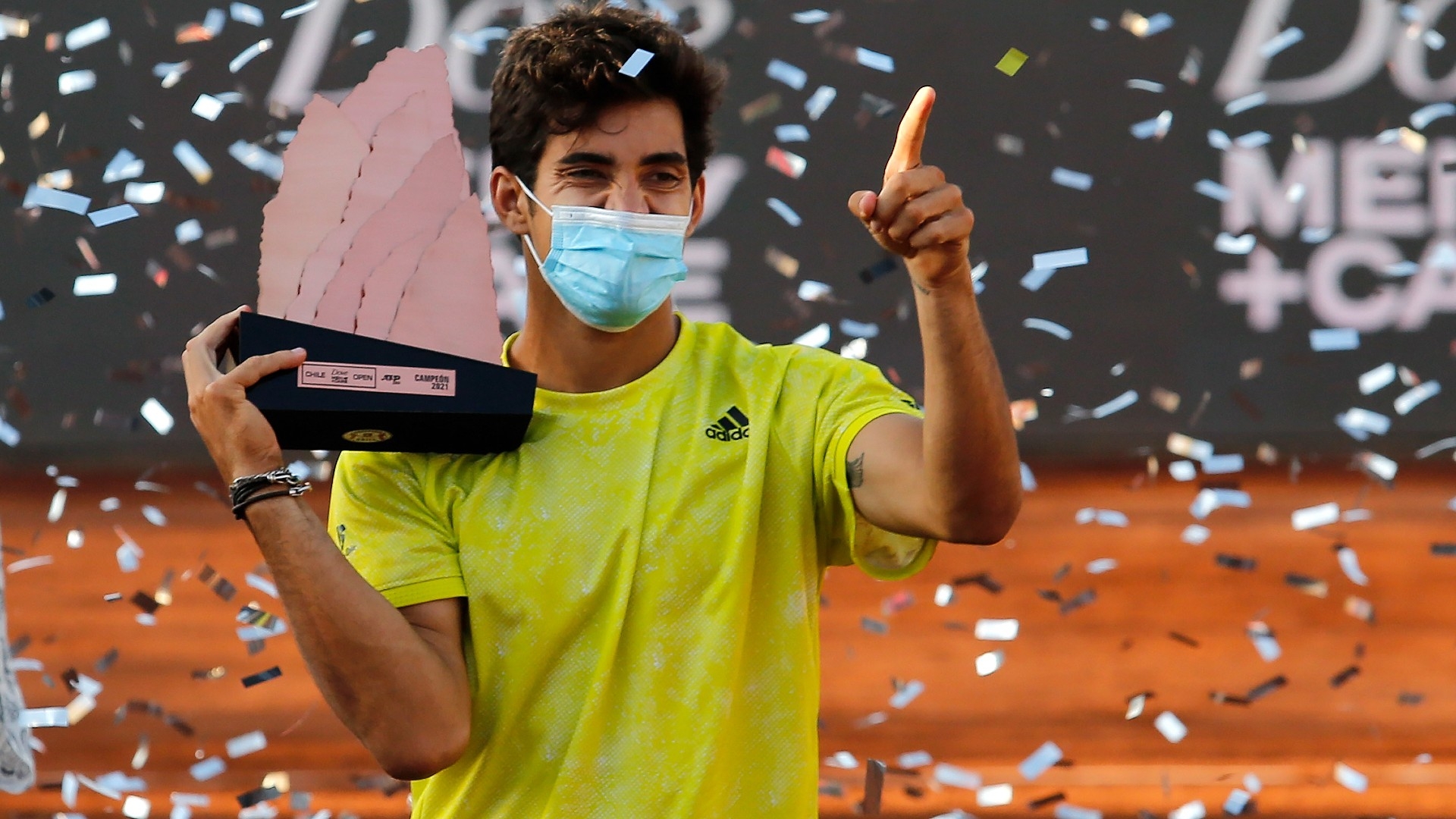 Cristian Garin prevailed in his hometown of Santiago, crowned Chile Open champion with a three-set victory over Facundo Bagnis on Sunday.

Garin, who was born in the city of Santiago and still resides there, claimed his first ATP Tour trophy on home soil thanks to a 6-4, 6-7(3), 7-5 triumph. But it wasn’t easy. The 24-year-old dropped a set for the first time this week, as an in-form Bagnis threw everything he had at Garin while bidding for his first-ever ATP title. It wasn’t quite enough, as the Argentine left-hander — playing in his maiden ATP final — finally succumbed after two hours and 35 minutes.

For several reasons, Garin’s victory was particularly special. Making a comeback from injury and from Covid-19 (he did not play at all during the Australian summer), the world No 22 had not won a single match in 2021 prior to arriving in Santiago. He lost right away in Delray Beach, took almost two full months off, and that dropped his opening match of the Golden Swing in Buenos Aires at the hands of Sumit Nagal.

More important that his sudden reversal in form, though, was that this title came at home. Garin is the first Chilean player to win a home tournament since Fernando Gonzalez in 2009 (Vina Del Mar).

“My biggest objective has alway been to keep winning titles, but I was not expecting to win in Chile after the way we started the year,” Garin told the ATP Tour. “I always kept on training and staying positive, and I’m so happy that it’s paid off…. Of course I miss having a crowd especially while I’m playing at home, but I’m very pleased with this result.”

At 31 years old, Bagnis did incredibly well to reach an ATP final for the first time ever. He went through three seeded opponents en route, and very nearly ousted the No 1 seed in the title match. Instead, Garin survived break points at 5-5 in the third set and then seized a title-clinching break of his own in the next game.

“[Weeks like this] give you a sense of gratification that your hard work is paying off and is bearing fruit,” Bagnis said afterward. “Of course you want more all the time, and I think that’s great. The moment that you don’t want more it’s time to…well…do what you have to do. But I am still working for that ‘more’ and fighting for my goals.”

It was a fight that pushed Garin to the limit on Sunday.

“It was a really tough match,” the champion noted. “Finals are never easy. In the second set it was hard to concentrate. I played the tiebreak too passively. But I deserved to win the third set because I had a lot of chances. I wasn’t able to be very aggressive and he played well in the big points, but I looked for my chances. I think the prize was for being there and staying consistent the whole match.”