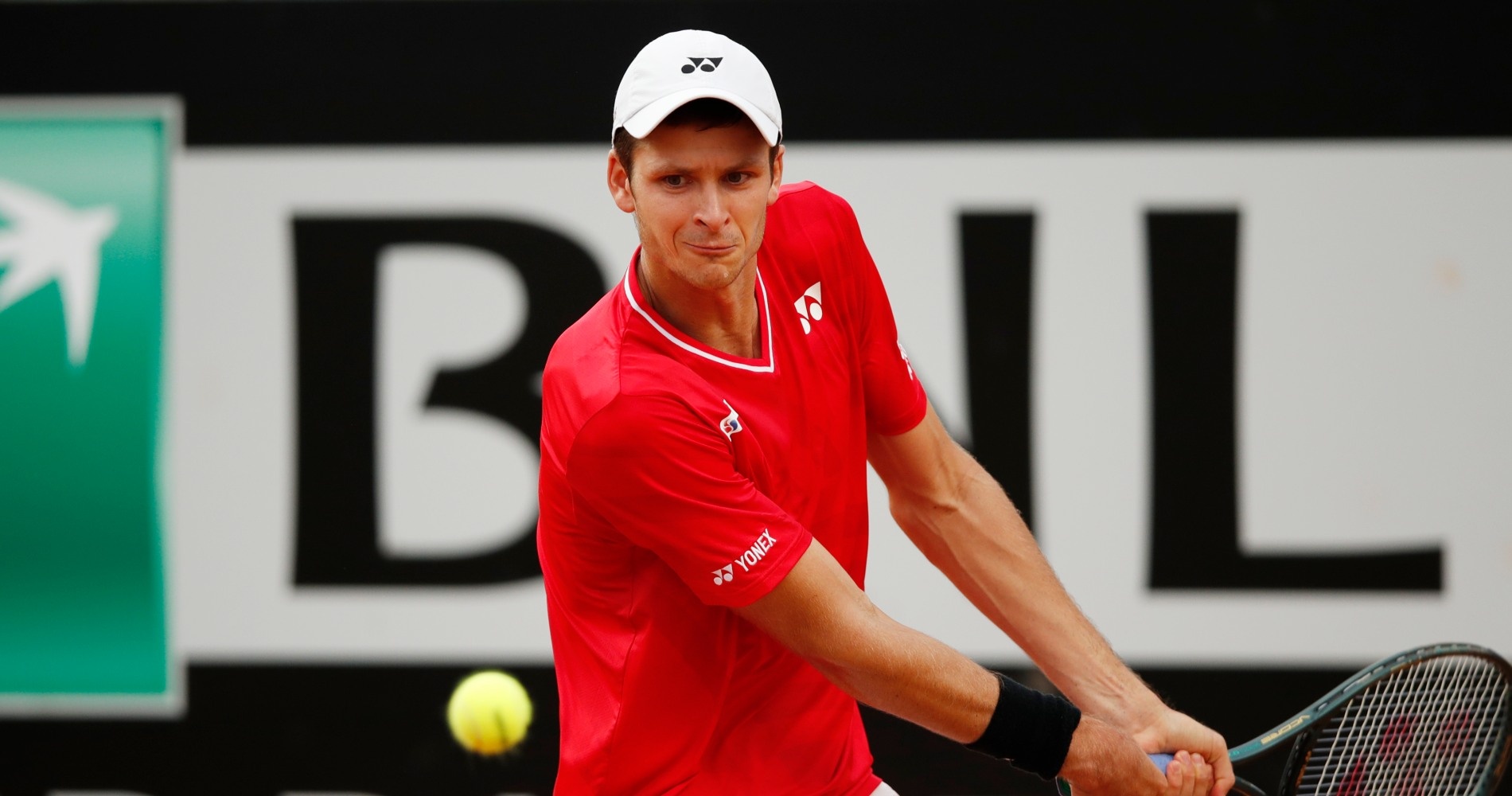 Hubert Hurkacz ended the Cinderella run of American Christian Harrison with a 7-6(4) 6-4 victory to book a spot in the final on Tuesday at the Delray Beach Open in Florida. The 23-year-old Pole, who has yet to drop a set this week, will face either Sebastian Korda or Cameron Norrie in the final.

Hurkacz ya tomorrow 👋@HubertHurkacz is into the final in Delray Beach after ending qualifier Christian Harrison’s run 7-6(4) 6-4!#DBOpen pic.twitter.com/FN2nP6xD7Y

Hurkacz’ victory ends a stellar run by 26-year-old Harrison, an American that suffered through eight different surgeries between 2009 and 2018. Harrison, who is still alive in the doubles draw with his brother Ryan as his partner, made waves in Delray Beach when he upset top-seeded Cristian Garin to reach the quarter-finals. He then took out Italy’s Gianluca Mager to become the second lowest-ranked semi-finalist in tournament history at 789 in the world.

Raemon Sluiter, who reached the final at ‘S-Hertogenbosch in 2009 with a ranking of 866, is the lowest-ranked finalist in ATP Open Era history.

But Hurkacz, ranked 35, was too much for Harrison today. He served seven aces and broke serve twice in five opportunities to achieve victory in one hour and 37 minutes.

Harrison will enjoy a rise in the rankings of over 400 spots for his semi-final run. The American started the tournament at 789 and will rise to within the top 350 next week.

“Very happy to win this match today,” said Hurkacz on court after his win. “Christian played really amazing throughout the whole tournament. He qualified here and made his best results on the ATP Tour, especially after what he came through, all the surgeries – it’s really great for him, and he played a really amazing match, so congrats for him.”

Hurkacz won his only previous ATP final in 2019 at the Winston-Salem Open, where he became the second Polish male to win a title on the ATP Tour in the Open Era.