Hubert Hurkacz continues to roll on American hard courts, as he advances with ease at the Indian Wells Masters on Saturday. Hurkacz is joined in the last 32 by Diego Schwartzman and Roberto Bautista Agut. 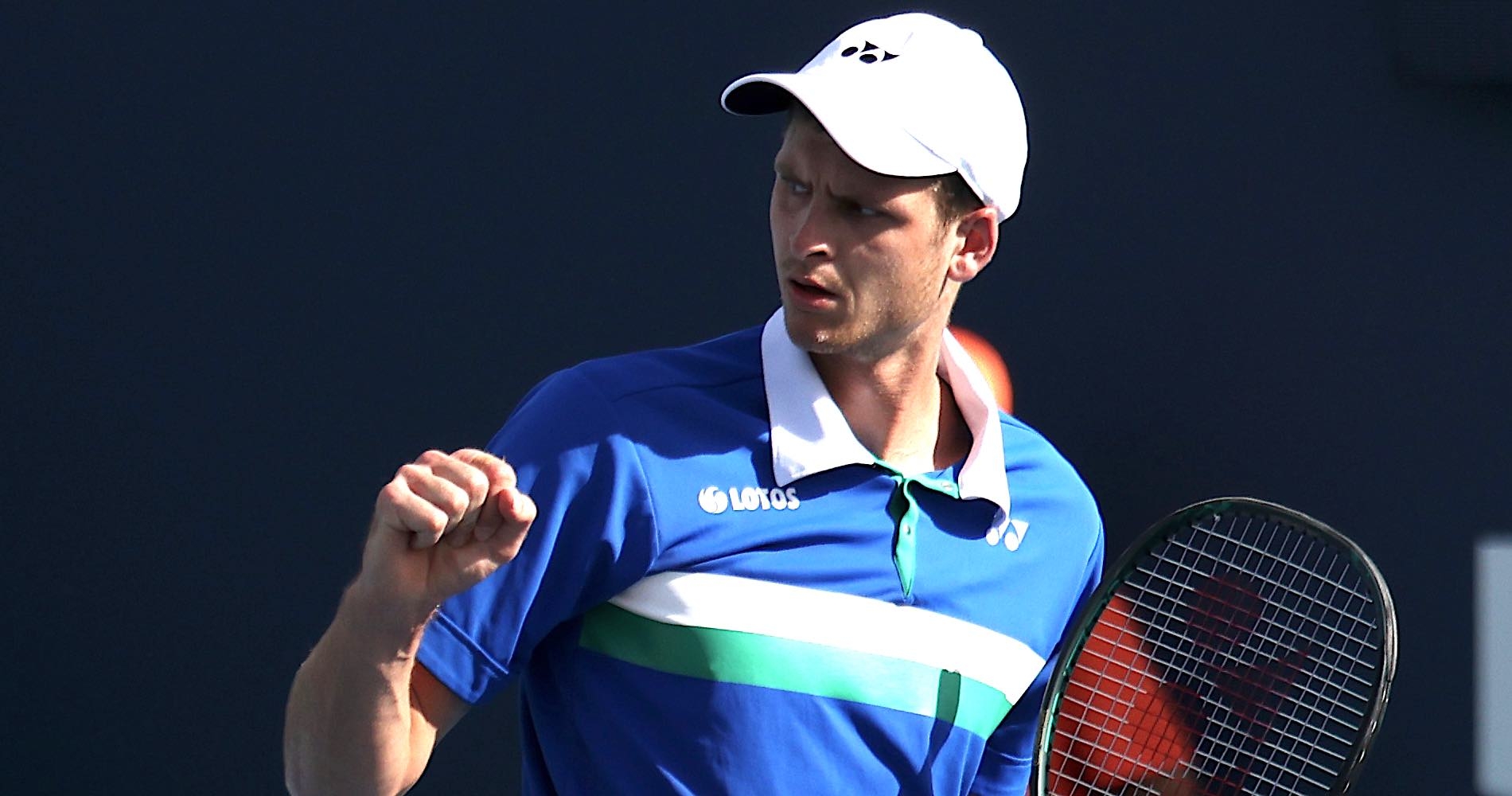 Hubert Hurkacz is off to a winning start at the BNP Paribas Open, as he defeated Alexei Popyrin 6-1, 7-5 in the second round on Saturday afternoon. Hurkacz was broken only once, as he saved four of five break points while prevailing in one hour and 26 minutes.

The 12th-ranked Pole is now 15-3 on American hard courts this season, a big reason why he is currently No 8 in the race to the Nitto ATP Finals (not including Rafael Nadal, who is out for the year). Two of his three titles have come in Delray Beach and Miami. Hurkacz also made a run to the Wimbledon semi-finals, upsetting Roger Federer before falling to Matteo Berrettini.

Up next for Hurkacz is Frances Tiafoe, who beat fellow American Sebastian Korda 6-0, 6-4.

Tiafoe, who is coming off a fourth-round performance at the US Open, trailed 2-0 in the second set and Korda had two game points on his own serve for 3-0, but Tiafoe was quick to regain control. Tiafoe eventually broke back in that third game and earned another scalp of his opponent’s serve at 3-3. Korda did well to save three match points at 3-5, but Tiafoe fought off a break point at 5-4, 30-40 and then capitalized on his fourth chance to get across the finish line.

Like Hurkacz, Reilly Opelka is also enjoying by far his best season on tour. The 6’11” American channeled his inner serve-bot with 11 aces and no break points faced en route to a 7-5, 6-3 defeat of Taro Daniel. Opelka avoided tiebreakers, too, by breaking Daniel once in each set.

Other winners on Saturday were No 16 Roberto Bautista Agut, No 18 Dan Evans, and No 11 Diego Schwartzman.

Evans outlasted Kei Nishikori 4-6, 6-3, 6-4. American qualifier Maxime Cressy had two match points on his own serve at 5-4 in the third set against Schwartzman but the Argentine rallied for a 6-2, 3-6, 7-5 victory.

It will be Schwartzman vs Evans in the round of 32 on Monday.