Invincible Sabalenka, a lucky number, and fresh faces: Reviewing the first week of the 2021 season

The 2021 season started in Abu Dhabi for the women and Antalya and Delray Beach for the men. From a once-again untouchable Sabalenka to the sparkling young players emerging, here is the recap of the tournaments of the first week of the tennis year. 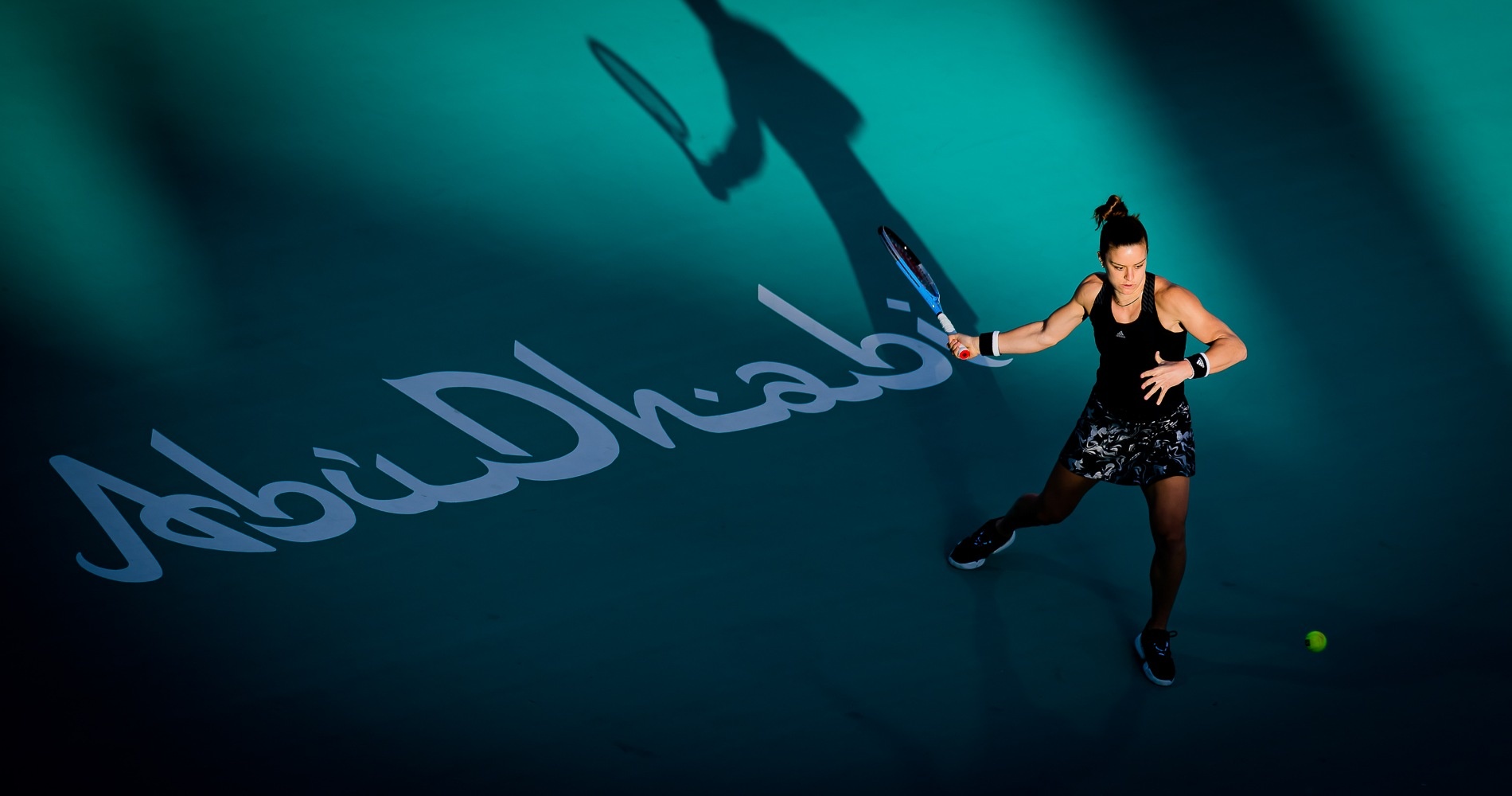 The 2021 season officially started on January 6 in Abu Dhabi, where four WTA top 10 players featured, and one day after that the ATP calendar got under way in Antalya and Delray Beach.

Despite the absence of top players on the men’s circuit, there was still plenty to learn from the week’s action – an in-form Aryna Sabalenka continued her brilliant streak to win her third consecutive title on the women’s circuit, young talent came to the fore as 20-year-old Sebastian Korda and 23-year-old Veronika Kudermetova both reached finals, and a number – 4 – brought good luck to the three winners of the week. Here’s what to take away from the first week of the 2021 tennis season.

By winning her third consecutive title on the WTA Tour in Abu Dhabi, after triumphing in Ostrava and Linz at the end of 2020, Aryna Sabalenka also took her 15th straight match win by beating Veronika Kudermetova in the final. Against a Russian up-and-comer competing in the first final of her career, the Belarusian was merciless and won easily 6-2, 6-2. She only lost one set across the course of the week – against Elena Rybakina in the quarter-finals – and out of the last three tournaments she has played, and won, she has only lost four sets. That incredible run includes victories over Victoria Azarenka, Elise Mertens, Jennifer Brady, Coco Gauff and Maria Sakkari.

Even if she hasn’t faced a top 10 player in her last three tournaments, Sabalenka will still go into the Australian Open as one of the favourites – and also goes in with the pressure of knowing she needs to prove that she can reproduce her tour performances in a Grand Slam, where her best result so far has been a Round of 16 effort at the US Open in 2018. She has never yet made it past the third round in Melbourne. But the confidence of a new career-high ranking of No 7 should put her in good spirits.

The restart was complicated for the highest-ranked players in the field this week. Abu Dhabi top seed Sofia Kenin, voted WTA Player of the Year 2020, fell in the Abu Dhabi quarter-finals. A 2-6, 6-2, 6-0 loss to Maria Sakkari could hurt her morale – or not, as she had lost 6-0, 6-0 in Rome to Azarenka before reaching the final at Roland Garros. The American has not been convincing this week with some difficulties on serve, and could have been knocked out in the second round by Kirsten Flipkens before the Belgian was forced to retire from the match after a nasty stumble over an advertising billboard. Kenin also had to save a match point in her round of 16 encounter against Yulia Putintseva. It’s a challenge – and she needs to regain confidence in her game in order to defend the title she won last year at the Australian Open. 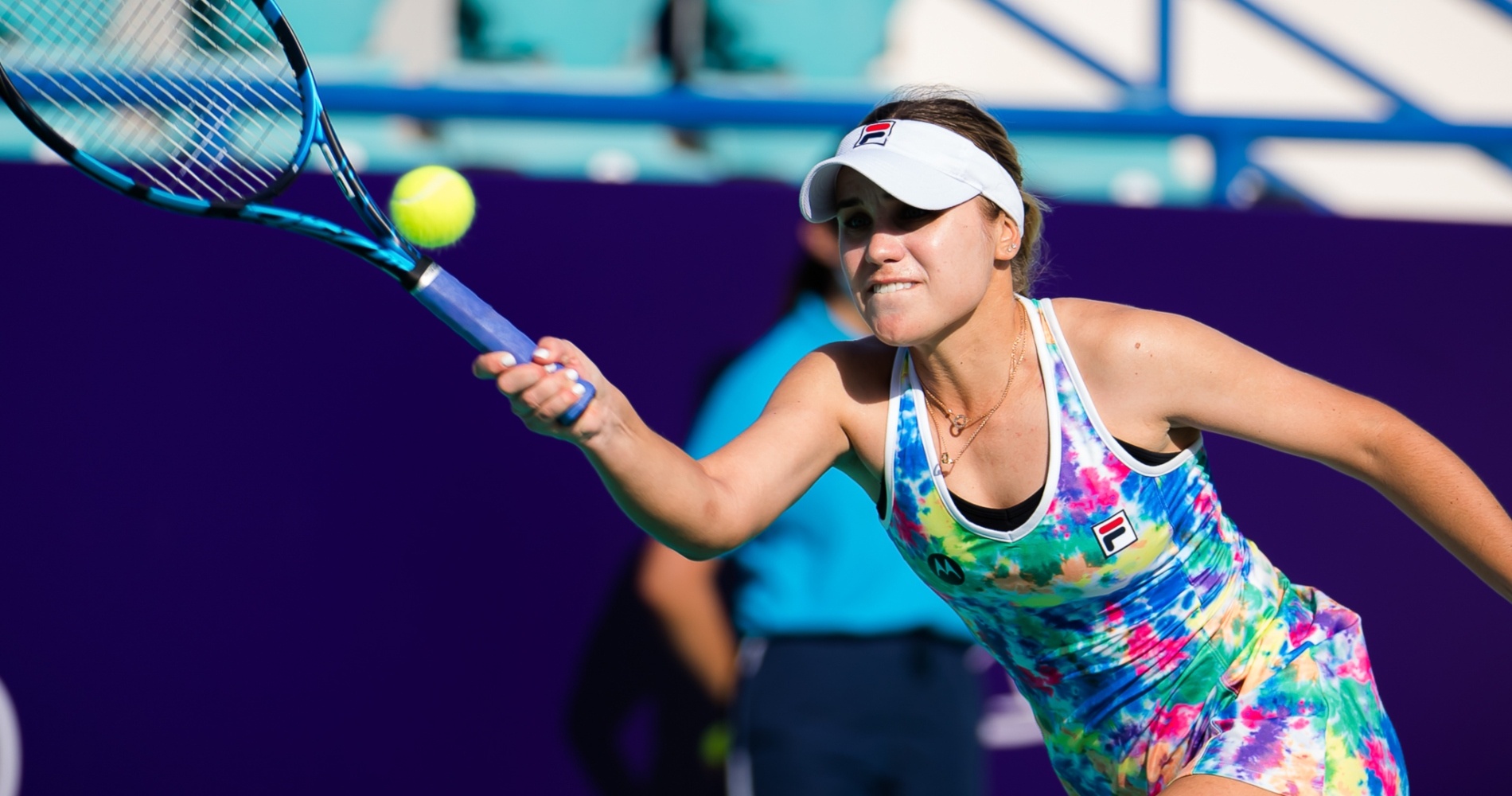 Karolina Pliskova was massively disappointing in her first outing in official competition with her new coach, Sascha Bajin, former coach of Naomi Osaka, Kristina Mladenovic and Dayana Yastremska. The world’s sixth-ranked player, seeded third in Abu Dhabi, struggled in her opening match against Despina Papamichail, 275th in the WTA rankings, but came through 6-2, 7-6. She then collapsed in the next round against Russian qualifier Anastasia Gasanova, ranked 292nd in the world, crashing out 6-2, 6-4. Pliskova hasn’t won two matches in a row in any WTA Tour event since her retirement in the final in Rome last year.

Top seeded in Antalya, Matteo Berrettini did not fulfil expectation. After a strong start against Dimitar Kuzmanov, the Italian lost in the quarter-finals against world No 49 Alexander Bublik, 7-6, 6-4. For Berrettini, the beginning of 2021 seems to be mirroring his 2020 season. The world No 10 is out of confidence. His last appearance in a tour final was in June 2019, when he triumphed over Felix Auger-Aliassime in Stuttgart. Antalya, where he was the only member of the top 10 in the main draw, seemed like a golden opportunity to get back on track, but the Italian failed to manage it.

The winners at all three tournaments this week – Abu Dhabi, Antalya and Delray Beach – were seeded No 4! Aryna Sabalenka, Alex de Minaur and Hubert Hurkacz can therefore thank their lucky number for the additions to their trophy cabinets. Will it still be effective at the Australian Open? The number four seeds there will be Kenin in the women’s and Daniil Medvedev in the men’s.

The average age of the week’s tournament winners is 22 years old.

In Delray Beach, 20-year-old Sebastian Korda reached the first final of his career in only his fifth tournament on the ATP circuit. The American, son of 1998 Australian Open champion Petr, defeated two of the top five seeds, Tommy Paul and John Isner, before crashing in the final against Hubert Hurkacz, the Pole who had already put an end to Christian Harrison’s amazing run in the semi-finals. Guaranteed to rise to 103rd in the world in the next edition of the ATP rankings, Korda will be aiming to enter the top 100 very soon.

Australian Alex de Minaur is definitely one of the most promising players of his generation. At only 21 years old, he has just won the fourth title of his career, in Antalya, taking advantage of the retirement of 23-year-old Alexander Bublik in the final. De Minaur has won half of the finals he has competed in on the ATP circuit – four titles in eight finals, and he now has five trophies to his credit if one includes his victory in UTS 3.

In Abu Dhabi, Veronika Kudermetova, aged 23, competed in her first final on the WTA Tour, while 18-year-old Marta Kostyuk reached her first semi-final. Kudermetova will reach a new career-high ranking of 36 when the next edition comes out, after beating two seeded players this week – tenth seed Anett Kontaveit in the first round (7-5, 6-1) and second seed Elina Svitolina in the semi-final after a superb battle (5-7, 6-3, 7-6). She is now the Russian No 2, three places in the world rankings behind Ekaterina Alexandrova.

Kostyuk, meanwhile, will rise 21 places in the WTA rankings thanks to her great performance and will be world No 78 next week – a new career high. She is the second youngest player in the top 100 after Coco Gauff. The Ukrainian made it through four rounds in Abu Dhabi before losing in the semi-final to…Kudermetova.