Is this a wined up? Nick Kyrgios tells Andy Murray: You’re better than Novak Djokovic

Novak Djokovic has 17 grand slams to Andy Murray’s three, but Nick Kyrgios says the Scot is a better player. 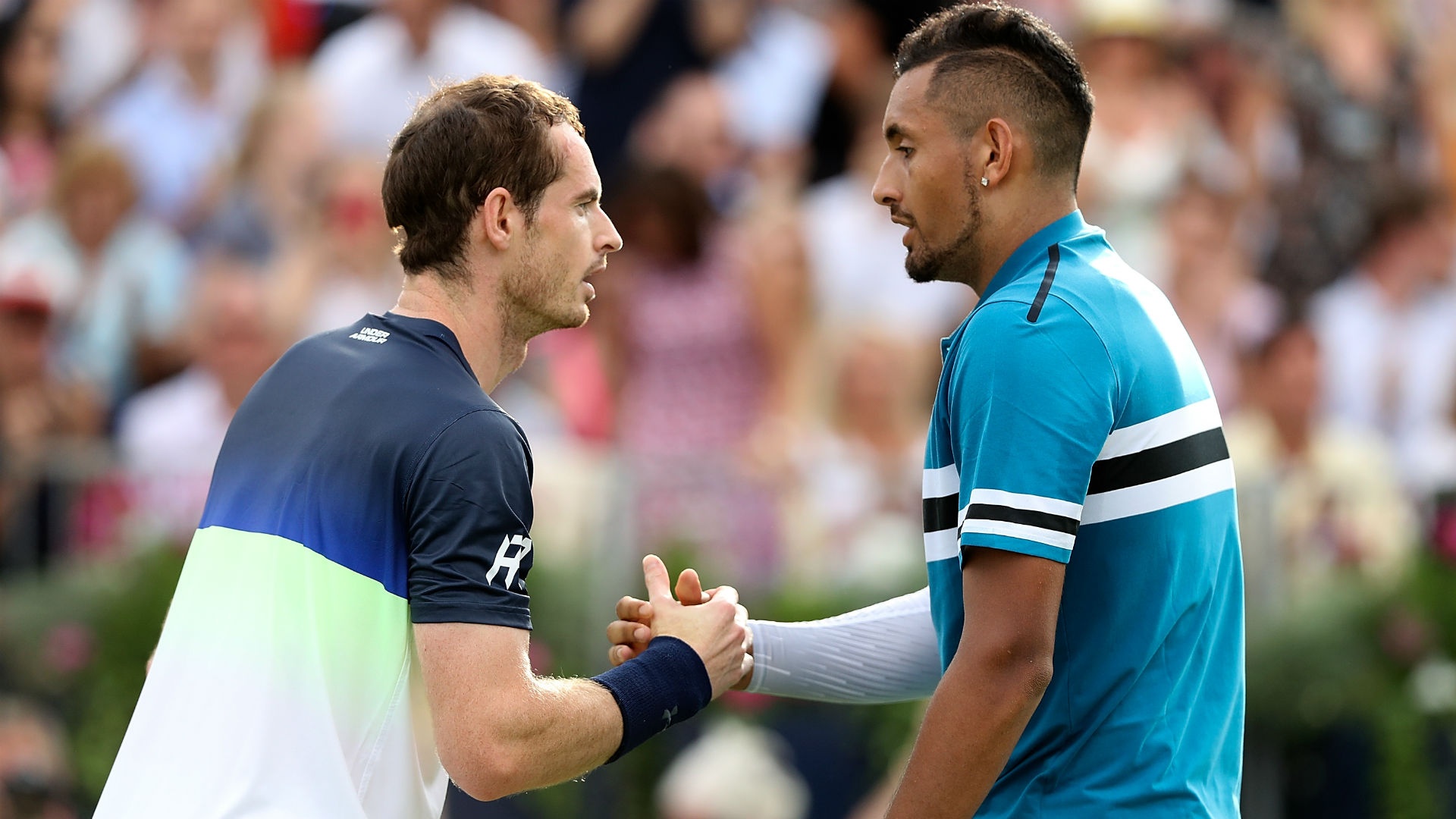 Nick Kyrgios admitted he had approximately six glasses of wine during an Instagram live session with Andy Murray, in which he told the Scot he was better than Novak Djokovic.

It was beyond midnight in Canberra when Australian star Kyrgios went online with Murray and the effects of his Shiraz were perhaps taking their toll.

Kyrgios’ relationship with Murray is seemingly worlds apart from those he has with Djokovic and Rafael Nadal, with the controversial 25-year-old having clashed with both in the past.

During the chat, Kyrgios said Murray should be recognised as a better player than 17-time grand slam champion Djokovic.

“You’re too good. I’ve already told you…I think you should have one of the best careers ever. I’ve said that to you many times,” Kyrgios said.

“I’m not going to make this controversial, but I honestly think you’re better than Djokovic. People are going to take to social media and say ‘nah, Djokovic won this many slams’.

“But Djokovic was playing dodgeball with my serve, he couldn’t return it and you’re on it and like, ‘I’m slapping it for a winner’.”

The attention briefly returned to Murray’s fitness with the Scot having not played since November as he continues to battle well-documented injuries.

“I feel pretty good. I was doing well before the injury at the Davis Cup,” Murray, who turned 33 this week, added.

“When things get back to normal, I think I will be alright.”

Novak or Nadal or feds or anyone next? Let’s be OPEN & HONEST

Kyrgios also suggested, when it is safe for the ATP Tour to resume amid the coronavirus pandemic, that he and Murray should play doubles together.

Murray replied drily: “Only if you promise to behave, you said you were going to.”

“Novak or Nadal or feds or anyone next? Let’s be OPEN & HONEST,” he wrote on his official Twitter account.