Every day, Tennis Majors takes you back in time to relive a tennis event which happened on this specific day. On this day, July 19, 1946, Ilie Nastase, one of the most talented and controversial players in tennis history, was born. 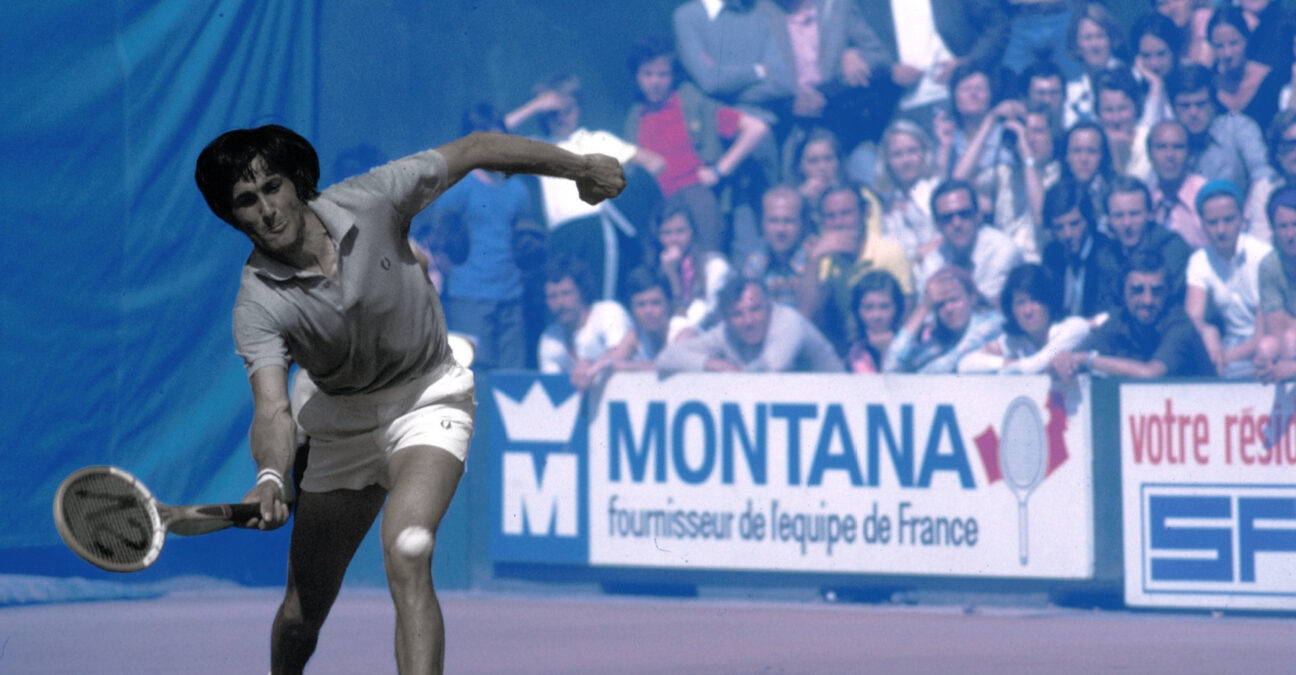 On this day, July 19, 1946, tennis legend Ilie Nastase was born in Bucharest. The Romanian, who was the first tennis player to sign an endorsement contract with Nike, was also the first player to sit on top of the ATP ranking at its creation in 1973. Thanks to his great speed, his unpredictable shots and his tactics, Nastase claimed two Grand Slam titles, the 1972 US Open and the 1973 French Open, but his favourite tournament was the year-end Masters, which he won four times in five years between 1971 and 1975. His great tennis achievements are sometimes overlooked, as the world of tennis remembers him more as an entertainer thanks to his on-court behaviour, which earned him the nicknames of “Nasty” or “the Bucharest Buffoon” .

Ilie Nastase was known to be a great entertainer, but his unpredictable behaviour was controversial among his peers, and although the crowds generally liked his antics, he often went too far and was booed as a consequence. An entire book would not be enough to tell all the anecdotes about “Nasty”. Constantly arguing with the officials, he could also imitate his opponents, taunting and bad mouthing them until they lost their temper. Fed up with his insulting behaviour, Arthur Ashe even left the court once, although he was winning, and although the two players were friends. Speaking of Ashe, Nastase did one of his most famous tricks while playing doubles with Ashe in Louisville. After the pair had been told off for wearing un-matching outfits, Nastase showed up the next day painted in a blackface, claiming that they now “both the same colour”. At the time, Ashe laughed it off as a joke. At Roland-Garros, Nastase went as far as hiring a black cat, which he released on court as he knew his opponent was superstitious. While some of his opponents tolerated his games, some didn’t find him funny, such as Clark Grabner, who got angry enough to jump over the net and grab Nastase by his shirt. The Romanian then defaulted, saying he was now too scared to continue. Nastase was maybe the reason why the Code of Conduct was invented. The peak of his “Nasty” behaviour was undoubtedly the 1979 US Open showdown against John McEnroe, where things got ugly and fights even started between drunk spectators. Nastase had also been one of the players who used the controversial “spaghetti racket”, a racket with a double layer of strings, which gave an uncontrollable spin to the ball and was quickly banished by tennis authorities.

After he retired in 1985, Ilie Nastase remained in the spotlight. First of all, Adidas named one of its best-selling tennis shoes after him. In the 1990s, he started a career in politics and he even ran, unsuccessfully, for mayor of Bucharest. Later, in 2012, he was elected by the Romanian Senate.
Nastase never strayed very far from tennis: through the years, he was appointed captain of the Romanian Davis Cup team, and has even been president of the Romanian Tennis Federation.
In 2017, Nastase, who was at the time captain of the Fed Cup team, made comments about Serena Williams’ unborn child, which were considered racist. Nastase was then in a middle of a growing controversy as several female players complained about his unacceptable behaviour and his sexist comments. Nastase was banned from any ITF events until 2021.