Home » News » US Open » August 30, 1979: The day McEnroe and Nastase played one of the most tumultuous matches in tennis history

August 30, 1979: The day McEnroe and Nastase played one of the most tumultuous matches in tennis history

Every day, Tennis Majors takes you back in time to relive a tennis event which happened on this specific day. On this day, August 30, 1979, John McEnroe and Ilie Nastase played a match wherein fights broke out in the stands and the police were called to prevent a riot 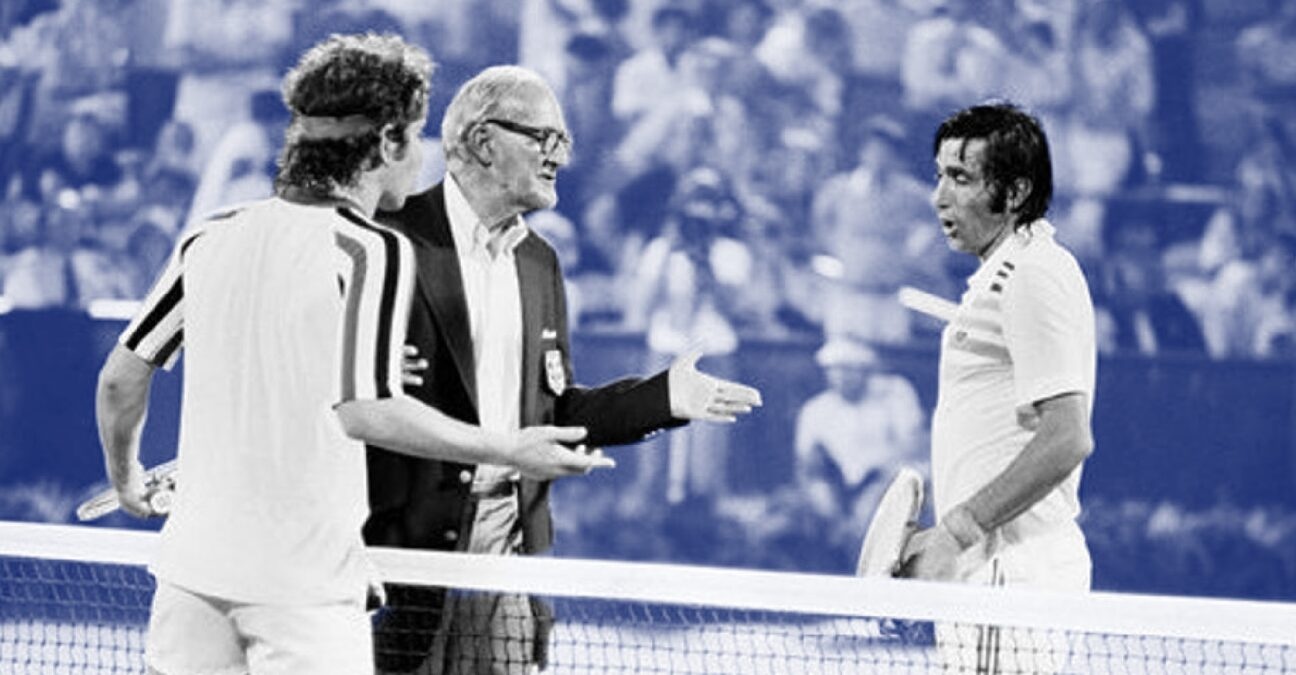 On this day, August 30, 1979, John McEnroe and Ilie Nastase played one of the most tumultuous matches in tennis history in the second round of the US Open. In this match, after pulling out a selection of his tricks to drive McEnroe crazy, Nastase was disqualified by the chair umpire in the beginning of the fourth set, but the referee eventually overturned this decision as it created unprecedented chaos in the stadium. In fact, fights even broke out in the stands and the police were called to prevent a riot. In the end, McEnroe prevailed (6-4, 4-6, 6-3, 6-2), and, later Nastase unexpectedly invited him for dinner the same night, he went on to claim his first Grand Slam title 10 days later.

John McEnroe, born in 1959, was the American rising star. The lefty from New York amazed the tennis world since his first steps on the tour, in 1977, when at the age of 17, showing up at Wimbledon as an amateur, he made his way out of the qualifications unto the semi-finals. “Mac” was very talented, his game being based on precision and touch on top of an iconic and lethal serve. In 1978, he reached the semi-finals at the US Open, where he was defeated in straight sets by world No 1, Jimmy Connors (6-2, 6-2, 7-5), and he started 1979 by winning the Masters Cup, in January, defeating Arthur Ashe in the final (6-7, 6-3, 7-5). When the US Open started, he was world No 3, having already claimed seven titles, including the prestigious Queen’s Club Championships (defeating Victor Pecci in the final, 6-7 6-1 6-1), but his most remarkable performance happened at the WCT Finals, in Dallas, where he had managed to beat Bjorn Borg himself to claim the title (7-5, 4-6, 6-2, 7-6).

Ilie Nastase, born in 1946, started competing internationally in 1966, playing doubles with fellow Romanian Ion Tiriac, and he obtained his first remarkable results in singles in 1969, when he managed to  beat great players such as Tony Roche and Stan Smith. He played his best seasons between 1971 and 1976. In these years, loved by the crowds and despised by most of the other players because of his attitude, he started by reaching the Roland-Garros final in 1971, where he was beaten by Jan Kodes (8-6 6-2 2-6 7-5).

Nastase obtained his best result at the Masters Cup, a tournament he won four times, in 1971, 1972, 1973 and 1975. His last big year on the tour was 1976, when he finished runner-up to Bjorn Borg at Wimbledon (6-4 6-2 9-7), before reaching his last Grand Slam semi-final at the US Open (edged by Borg again, 6-3 6-3 6-4). Nastase then slowly declined, leaving the top 20 in 1978.  The Romanian was known to be a great entertainer, but his unpredictable behaviour was controversial amongst his peers, and although the crowds generally liked his antics, he earned the nicknames “Nasty” or “the Bucharest Buffoon”. Constantly arguing with the officials, he sometimes imitated his opponents, taunting and badmouthing them until they lost their temper.

The US Open (known as the US Nationals before 1968 and the start of the Open Era), was established in 1881, and, although it is the only Grand Slam to have been played every single year without an interruption since its inception, it moved several times locations throughout the 20th century. First held in August 1881 on grass courts at the Newport Casino on Rhode Island, the tournament moved to New York in 1915, where it was held at the West Side Tennis Club at Forest Hills until 1977 (with the exception of years 1921-1923, when the event was moved to Philadelphia).

In the years 1975-1977, the event was played on clay. In 1978, the US Open left the West Side Tennis Club, who was now too small for such an important event, to move to the USTA National Tennis Center, located in Flushing Meadows, New-York. At the same time, it was decided to change the surface to hard courts. The Tennis Center was one of the biggest tennis complexes in the world :  its center court was the Louis Armstrong Stadium, which had a capacity of 14,000 spectators.

The facts: Nastase gets defaulted but then reinstated before McEnroe wins

On August 30, 1979, the second-round match between John “Superbrat” McEnroe, and Ilie “Nasty” Nastase, was scheduled as the main attraction of the night session, and everyone knew that trouble could take place between these two players. No one had anticipated the chaos that was going to make it one of the most memorable matches in the history of the tournament: a match default, reinstatement, replacement of the chair umpire and fights breaking out amongst fans.

At the time, young McEnroe, aged 20, was one of the event’s favourites, being ranked No 3, while Nastase, aged 33, was declining and was already ranked outside the top 20. Yet the first No 1 in the history of the ATP rankings was not willing to let himself be beaten so easily by the youngster, and he was ready to do anything to make McEnroe’s life miserable.

“I was tired,” Nastase would explain 40 years later to The New York Times. “I was 33 already and not playing much any more. He was 20. I had to pull out all the tricks.”

And he did. “Nasty”, in a parody of McEnroe’s famous attitude, constantly questioned line calls. He went as far as complaining to the umpire, Mike Hammond, about the aircrafts flying over the stadium, asking him if he could call the control tower at LaGuardia airport to stop planes from taking off. McEnroe was trying as hard as possible not to lose control, but he was clearly irritated at finding himself playing in this circus. At some stage, a boiling McEnroe called his opponent “a son of a bitch”, which only caused Nastase to tell the umpire: “Make him call me Mister Son of a Bitch.”

Meanwhile, in the stadium, the excitement grew at every single Nastase antic. “Playing night matches was relatively new, and that’s what made them fun. People had finished work, they could loosen up a bit, have a couple of drinks and then turn rowdy and crazy, potentially. And that’s what happened,” as McEnroe would recall later.

It happened at the beginning of the fourth set, while the left-hander was up 2-1, when Nastase went too far with his stalling and, as he thought Mac was taking too much time to serve, he lay down on the hard court. This time, Hammond, who had already given him a warning before, penalised the Romanian with a penalty game : 3-1 for McEnroe. This was when the crowd got crazy and started to boo and throw empty cans on court, while Nastase refused to resume the game. The fans chanted “Two-One”.  After 15 minutes of nonsense, Hammond decided to default the former world No 1. “Game, set and match, McEnroe.”

“When they heard that, the people went crazy,” Nastase said. “They wanted to see the match that night. They paid their money. They didn’t want to see me disqualified.”

In the stands of the Louis Armstrong Stadium, fights now broke up between overexcited and slightly drunk spectators. Some even tried to storm the arena until the police stepped in. To stop the chaos, quick decisions had to be made. Bill Talbert, the tournament director, decided to reinstate Nastase, and replaced poor Mike Hammond.

When the game resumed, McEnroe quickly finished the job and sealed the fourth set, 6-2. The story didn’t end there. Later, in the locker room, Mac saw Nastase coming to him, along with two young women.

“I did want to punch him in the mouth because I felt like he had made a mockery of the whole match,” McEnroe said. “Just as I was about to lace into him, he said to me, “Hey MacAroni — he called me that — where are we going to dinner?’” And all of a sudden, it went from, I’m going to wring this guy’s neck to heading out together for a late night at Patrick’s Pub in Little Neck.”

What next? McEnroe goes on to win the US Open 10 days later

After this chaotic showdown, tennis authorities would reinforce the code of conduct, which had already been established in 1975 as a response to Nastase and Connors’ behaviour.

Although, in the following years, there would be numerous tantrums and psychological warfare in the game of tennis, none of those would reach the intensity reached that night during the McEnroe-Nastase match. 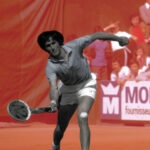 August, 23, 1973: Ilie Nastase is No 1 as the first ATP rankings are released
tennis majors 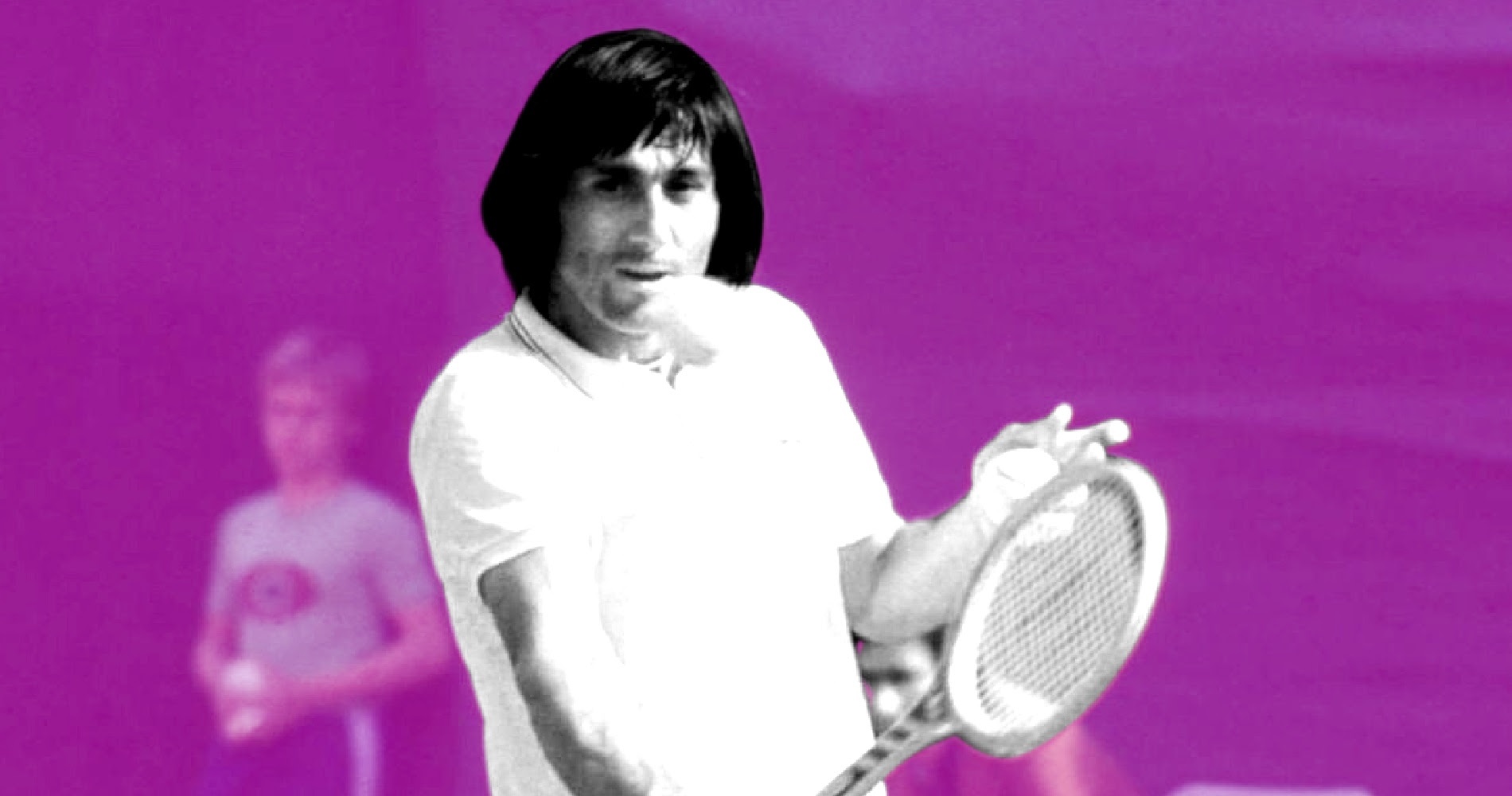 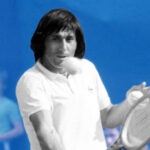 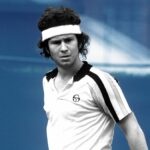 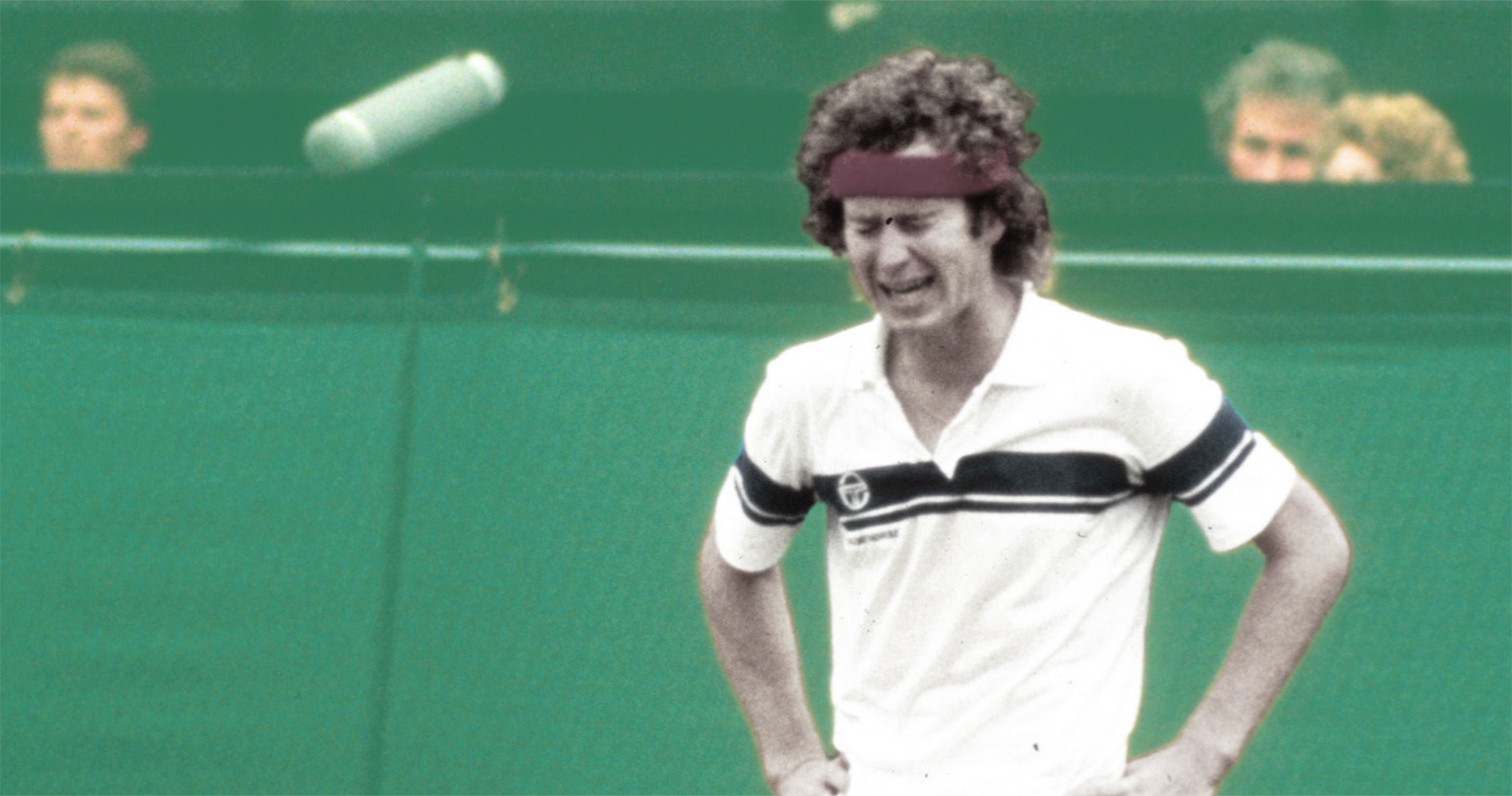 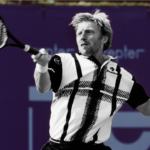 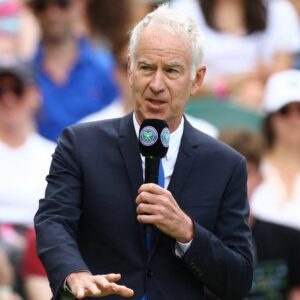