After a number of years struggling with injury, the Japanese has shown encouraging signs of his best form this week 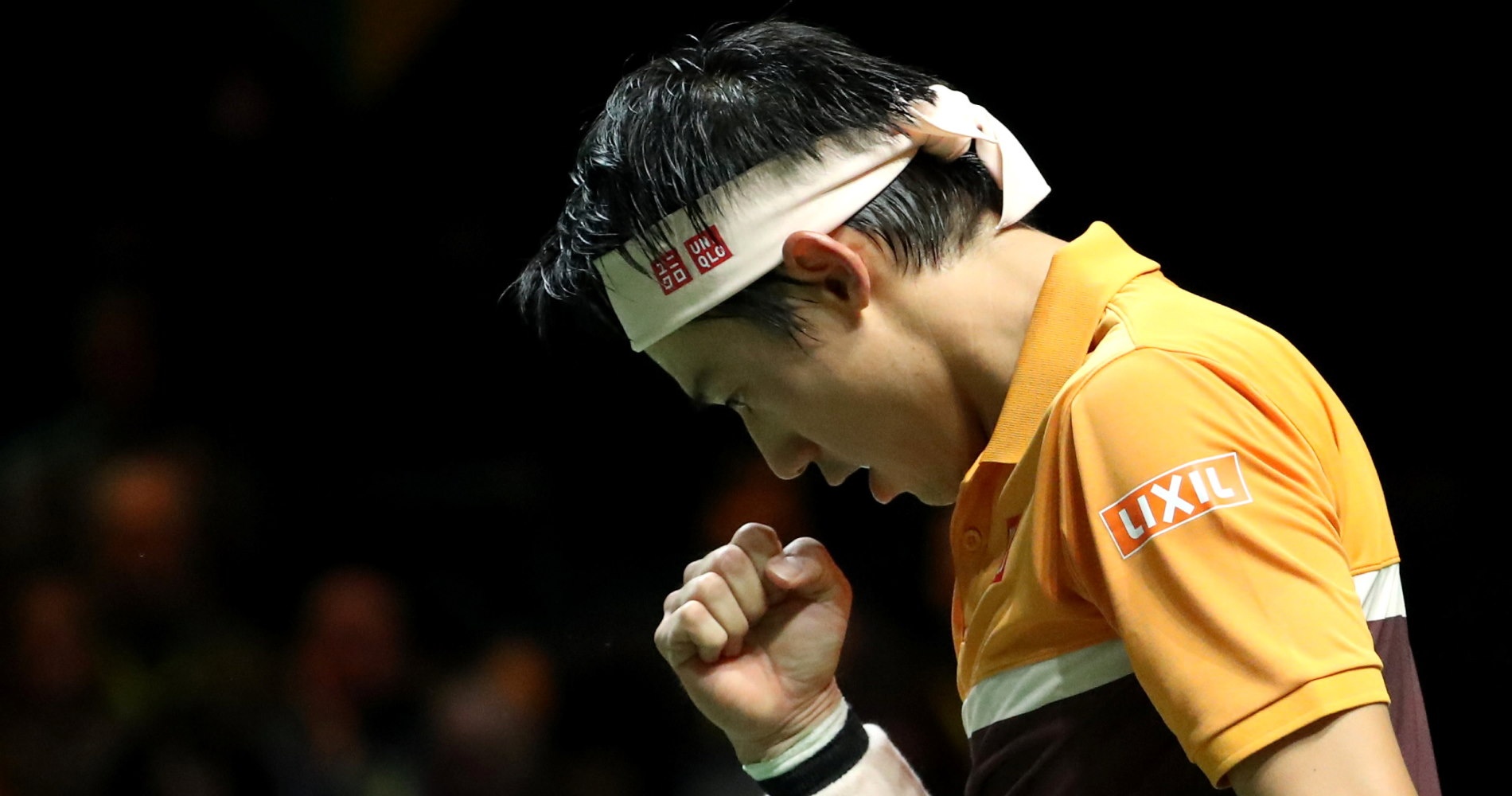 If it’s harder to stay in the top 10 than to get there in the first place, then when you’ve lost your place, it takes a strong mind and willing body to get back there again.

For Kei Nishikori, the mind has always been willing but it’s only now that the body and mind seem to be in tune.

The Japanese, who reached the US Open final in 2014, was ranked as high as No 4 in 2015 but a succession of injuries, especially to his elbow, has seen his ranking drop to 45. But 17 months after he was last in the top 10, the 31-year-old’s performances this week in the ABN/AMRO World Indoor Tournament in Rotterdam, including a victory over Alex de Minaur, have convinced him he can get back to where he belongs.

“I don’t feel certain weakness in specific part of my play, so if I can get top 10 player-like mentality to sink into my mind, I think I can be back into top 10,” said Nishikori, who takes on Borna Coric of Croatia on Friday for a place in the semi-finals.

“I’m kind of convinced that I’m getting back my good feelings, at least I don’t feel like I’m short of good feelings…so I can’t use that as an excuse anymore,” he said. “I’m happy to reach the quarter-final and play decent matches against good players. I’m kind of relieved and motivated by that.”

We tip our 🧢 to that performance, Kei!

Nishikori becomes one of the final 8️⃣ at the #abnamrowtt after fighting past Alex de Minaur: 6-3 2-6 7-5. 🎌 pic.twitter.com/FKFUyryeQU

Nishikori had elbow surgery in October 2019 and said injuries had taken a toll on his mental strength. He has adjusted his service action to protect the elbow but now he is pain-free once again, he feels ready to give 100 percent.

“As long as I have frustration that I can’t play as usual, it’s difficult to lift me up and that exhausts me mentally too,” he said. “I’m happy that I’ve got out of that. I had trouble holding my serve in last couple of matches and let my opponents play comfortably, and sometimes I can’t get into a match well. So I still have things to work on, but I’m almost there.”