Japan’s Kei Nishikori announced Sunday that he has tested positive for Covid-19 and will miss the Western and Southern Open.

The world No 31 issued a statement on social media, saying he had tested positive for the virus in Florida and has withdrawn from the Western and Southern Open, which begins on August 20 and this year will be held at the US Open venue.

In his statement on Facebook, the 30-year-old said he is suffering from only very mild symptoms and will have another test this week, with a further update due on Friday. He is still hoping to play in the US Open, which begins on August 31.

World No 2 Rafael Nadal has already withdrawn from the US Open due to Covid-19 fears while Roger Federer will also miss the tournament because of injury.

World No 1 Novak Djokovic, who contracted the virus during the ill-fated Adria Tour, which he helped to organise, has committed to play the US Open.

Nishikori, the 2014 US Open runner-up, has struggled with injury over the past year, an elbow problem keeping him off the Tour since October, when he had surgery. A mainstay in the top 10 for several years, Nishikori had hoped to return in Davis Cup action in March but pulled out, saying he was not ready. The break due to the Coronavirus pandemic gave him time to recover but his positive test means he has to self-isolate and will not play the Cincinnati event.

Five of the women’s top 10 will not be competing in New York for the US Open. World No 1 Ash Barty, No 5 Elina Svitolina and No 8 Belinda Bencic all pulled out due to Covid-19 fears, defending champion Bianca Andreescu is missing through injury and No 7 Kiki Bertens has preferred to stay in Europe to prepare for the French Open, which is due to begin at Roland-Garros on September 27, having moved from its traditional May-June slot because of the virus. 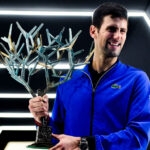 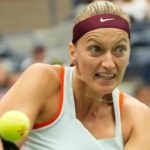