Alcaraz winning streak stopped by world No 297 Erler in Kitzbuhel

Fresh off his maiden ATP title, Carlos Alcaraz was taken out by Austrian wild card Alexander Erler in three sets at Kitzbuhel. 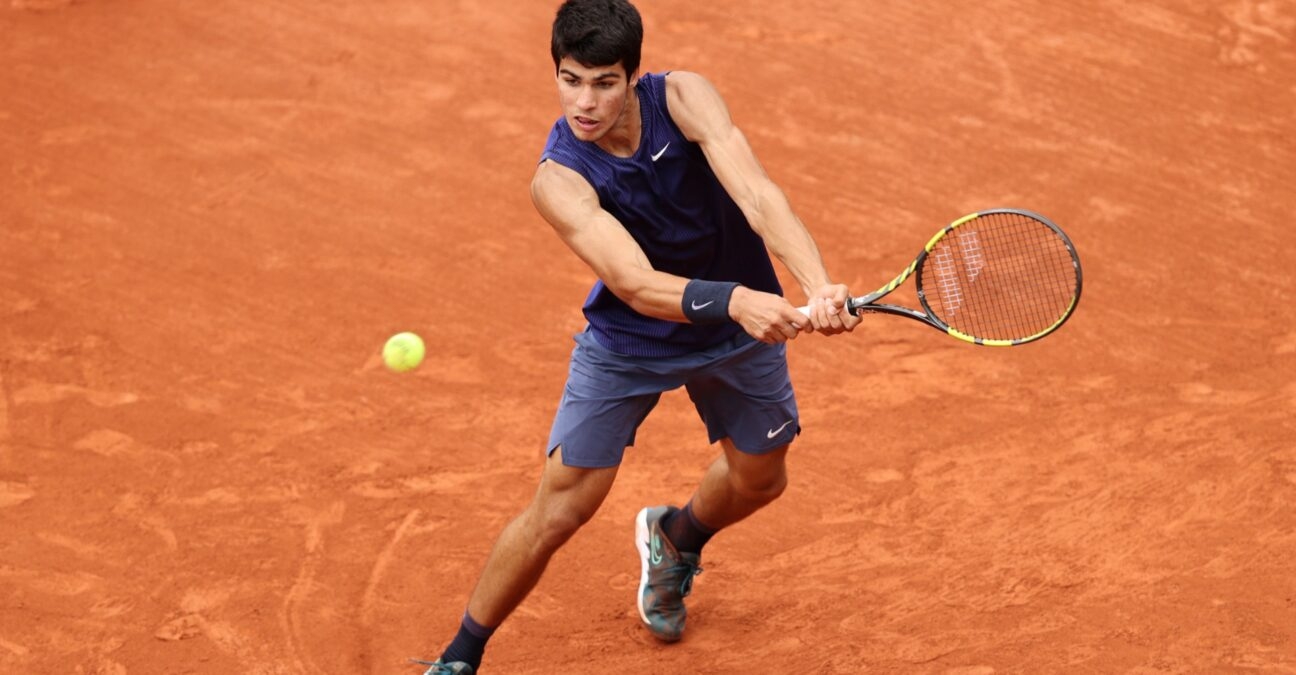 Playing at a career-high ranking and with the confidence that comes from notching a maiden ATP title didn’t help Carlos Alcaraz in his first match at the Generali Open in Kitzbuhel, Austria. The 18-year-old world No 55 was bounced by Austrian wild card Alexander Erler.

Erler, playing in his first ATP main draw, slipped past Alcaraz 7-5, 1-6, 6-2 to book a second-round date with Sweden’s Mikael Ymer. The 23-year-old world No 297 converted all four of the break point opportunities he saw, and saved eight of eleven against last week’s Umag champion to earn his first ATP win.

Alcaraz was broken to 15 at 5-5 in the opening set, as Erler stepped around his backhand to hit a giant forehand winner down the line for the break. The crowed applauded loudly as Erler consolidated, serving out the set in the next game.

After Alcaraz battled back to take the middle set, Erler took charge in set three, breaking for 3-1 and again with Alcaraz serving to stay in the match at 2-5.

He lay on his back after Alcaraz’s final backhand went into the net on match point. After a handshake he headed over to get hugs and kisses from his team as the hometown crowd roared.

Erler had never been past the first round of qualifying in eight previous attempts to qualify for main draws at Kitzbuhel, Munich and Vienna, and entered this week with a 3-7 record on the challenger tour in 2021 (39-15 across all levels), but he played like a rising force on Tuesday.

“It is definitely [the best day of my career],” Erler said in his on-court interview. “Now at the moment I am a little bit speechless. I am just so happy.”

Alcaraz drops to 15-11 on the season with his defeat.