Matteo Berrettini had a troubled 2020, with injury casting a shadow over much of his season, despite a win in the inaugural Ultimate Tennis Showdown. 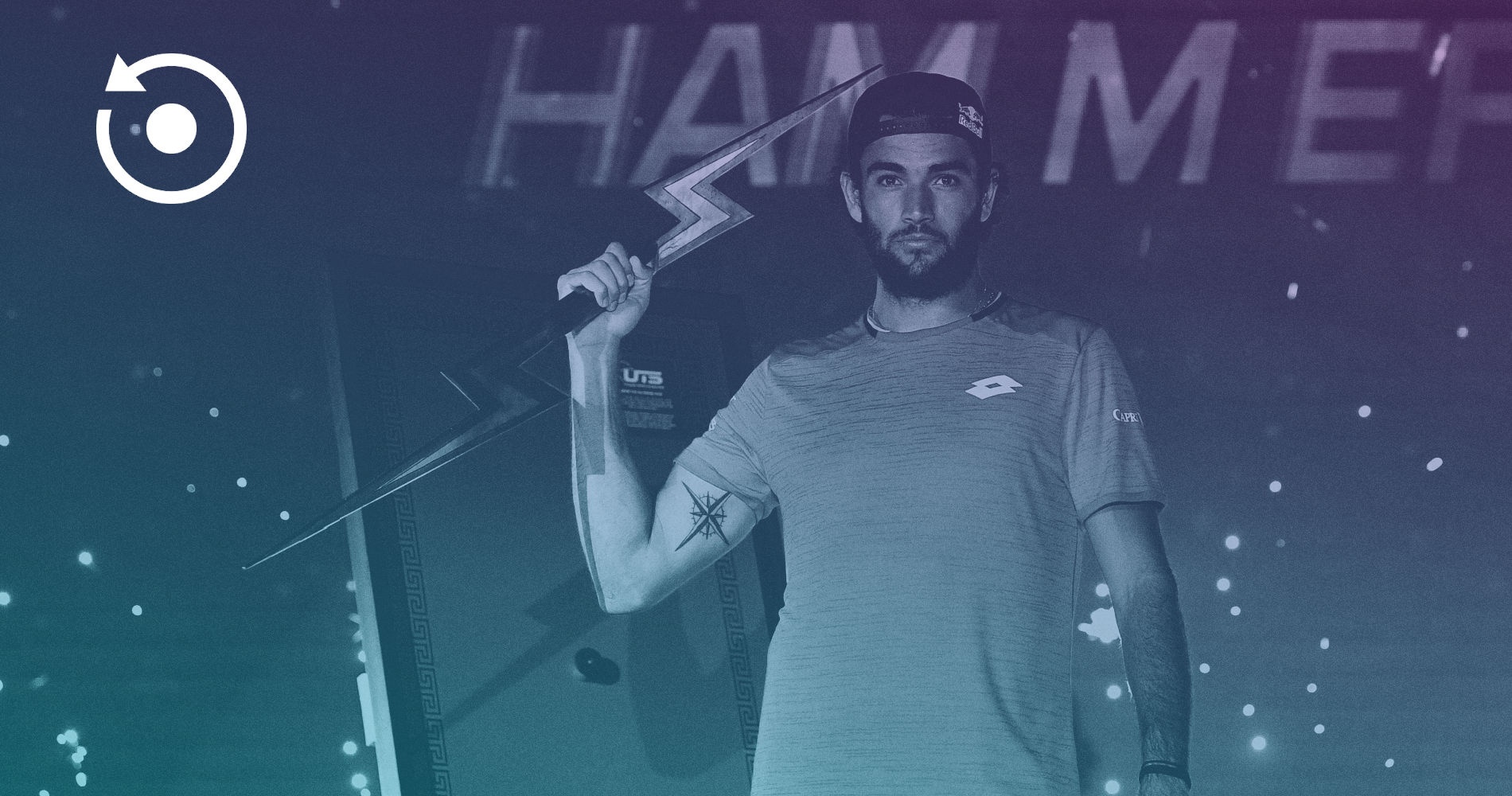 Matteo Berrettini struggled with fitness this year, but he enjoyed a resurgent few weeks in the summer. Berrettini maintained his place in the top 10, and although he missed out on the ATP Finals, he headed to London as an alternate. Due to both the pandemic and his own injury issues, the 24-year-old played only 15 official matches in 2020.

As you might expect from a Roman, his best performance came at home — reaching the quarter-finals of the Rome Masters and beating Federico Coria and compatriot Stefano Travaglia to get there. Berrettini came tantalizingly close to the semis before losing to Norwegian clay-court Casper Ruud in a third-set tiebreaker.

Berrettini enjoyed his best 2020 slam result in New York, reaching the round of 16 before being dispatched by Andrey Rublev – with the Russian exacting revenge for a defeat at Berrettini’s hands at the same stage one year before. Up until that point, the Italian had enjoyed three successive straight-sets wins — over Japan’s Go Soeda, France’s Ugo Humbert, and then Ruud. It was another stellar US Open performance for Berrettini, who went all the way to the semi-finals in 2019.

High point: Eight is great, plus a UTS triumph

Berrettini stayed at world No 8 for most of 2020 – maintaining his career-high ranking. And, of course, he won the inaugural Ultimate Tennis Showdown, beating Stefanos Tsitsipas at sudden death in a thrilling final.

A second-round exit at the Australian Open to American Tennys Sandgren was a less-than-impressive start to the year, as he crashed out 6-7(7), 4-6, 6-4, 6-2, 5-7. Berrettini suffered through much of the early part of the season with a groin injury, meaning he was absent from the ATP Cup, Buenos Aires, Rio de Janeiro, and Acapulco prior to the five-month hiatus.

Berrettini has been supporting Tennis for Africa, offering donors the chance to fly to Monte-Carlo for a match against him — and a slap-up meal afterwards.

Berrettini told Alizé Lim in Major Talk that he was surprised with how well he did in 2019, achieving the ranking goal he set for his entire career.

He explained: “I am always aiming high. I did a really good season last year and I didn’t expect it. I had to realise what I did. Then I put [in] some more goals with my team…. You don’t have the time to stop and think….

Berrettini had to cope with his sudden 2019 success as well as an ongoing troublesome injury — combined with the global pandemic. All that was a lot for him to process, so it’s no wonder his performances on the ATP Tour in 2020 were not as good as might have been expected. He did, however, have that brilliant spell in the summer in the quick-fire Ultimate Tennis Showdown format. Although that could have given him a confidence boost, the Italian struggled to maintain momentum at the US Open or during the fall swing.