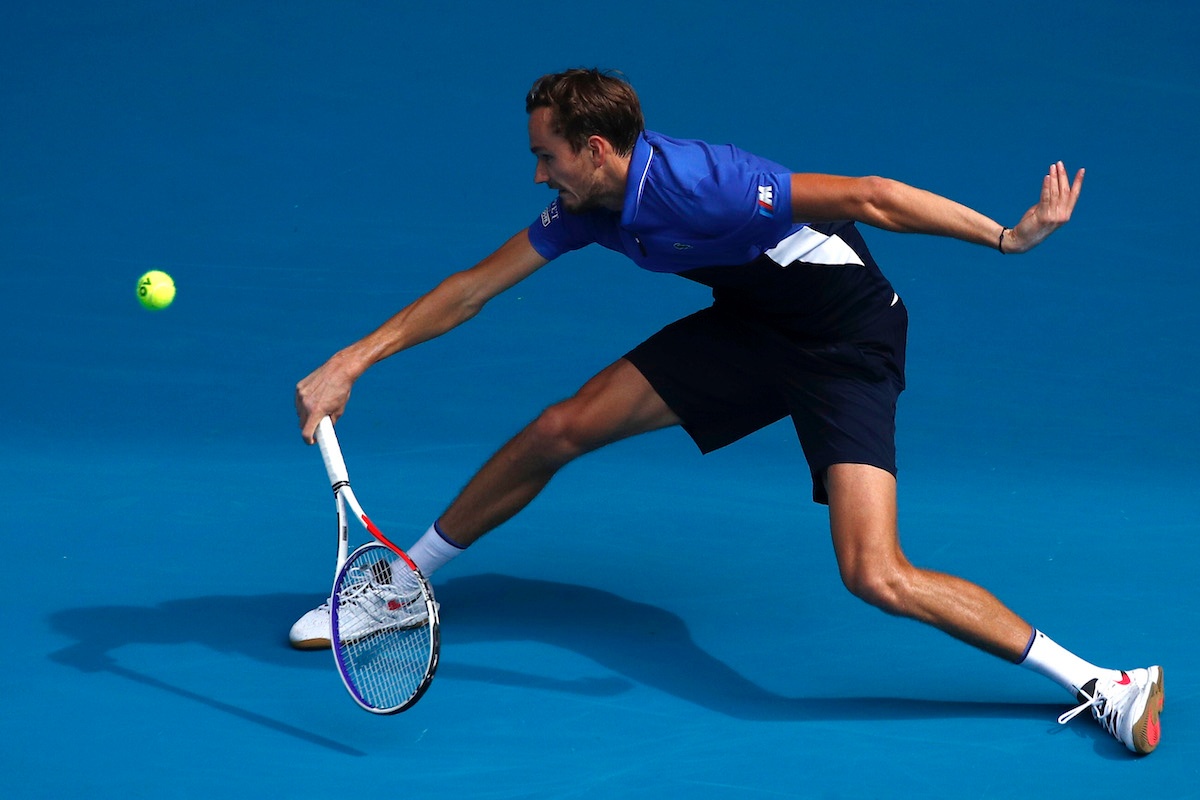 It took a set to Daniil Medvedev before finding a way to show Jannik Sinner why he was the n°5 player in the world. Beaten in straight sets by Vasek Pospisil in Rotterdam (6-4, 6-3), the Russian was a set away from being again sent home early, this time in Marseille. But he showed a great reaction by righting the ship on time against the 18 years old Italian (1-6, 6-1, 6-2). The young gun started the match like a hurricane: serving big and more importantly not getting stuck in those long rallies without rhythm that Medvedev adores. It was Sinner who was dictating the pace and sending the winners all over the place. In the meantime, his rival wasn’t showing any inspiration but a lot of frustration.

But in the end, it’s Medvedev who is the Top 5 player. And he showed it. He found the needed calm to focus on playing his game and cutting on the mistakes. He stopped with the impatient shots and did what he does best: killing his opponents’ timing, legs, and brain. He put a wall on his baseline and watches Sinner hit his head on it over and over again. Not missing anymore, finding his depth of shots and his accuracy, he became the master of the court and slowly but surely put an end to the youth revolution. Sinner, who had a busy week in Rotterdam, started to show some fatigue, mentally and physically and was quickly unable to oppose any resistance in the second and third set.

Medvedev will now play against Gilles Simon for a spot into the semi-finals, and it’ll be a great opportunity to see exactly where his tennis and mindset are. Because it’s always a very good test of composure to face the French when he plays his best level. After the disappointment of his fourth-round loss in Melbourne, Medvedev really seems in need of a winning week to get the engine firing again. It could be in Marseille. It could all have started by showing an 18 years old wonder that he’d still have to wait behind him.