Ugo Humbert claimed his first win against a top-10 player by overcoming US Open semi-finalist Daniil Medvedev in straight sets. 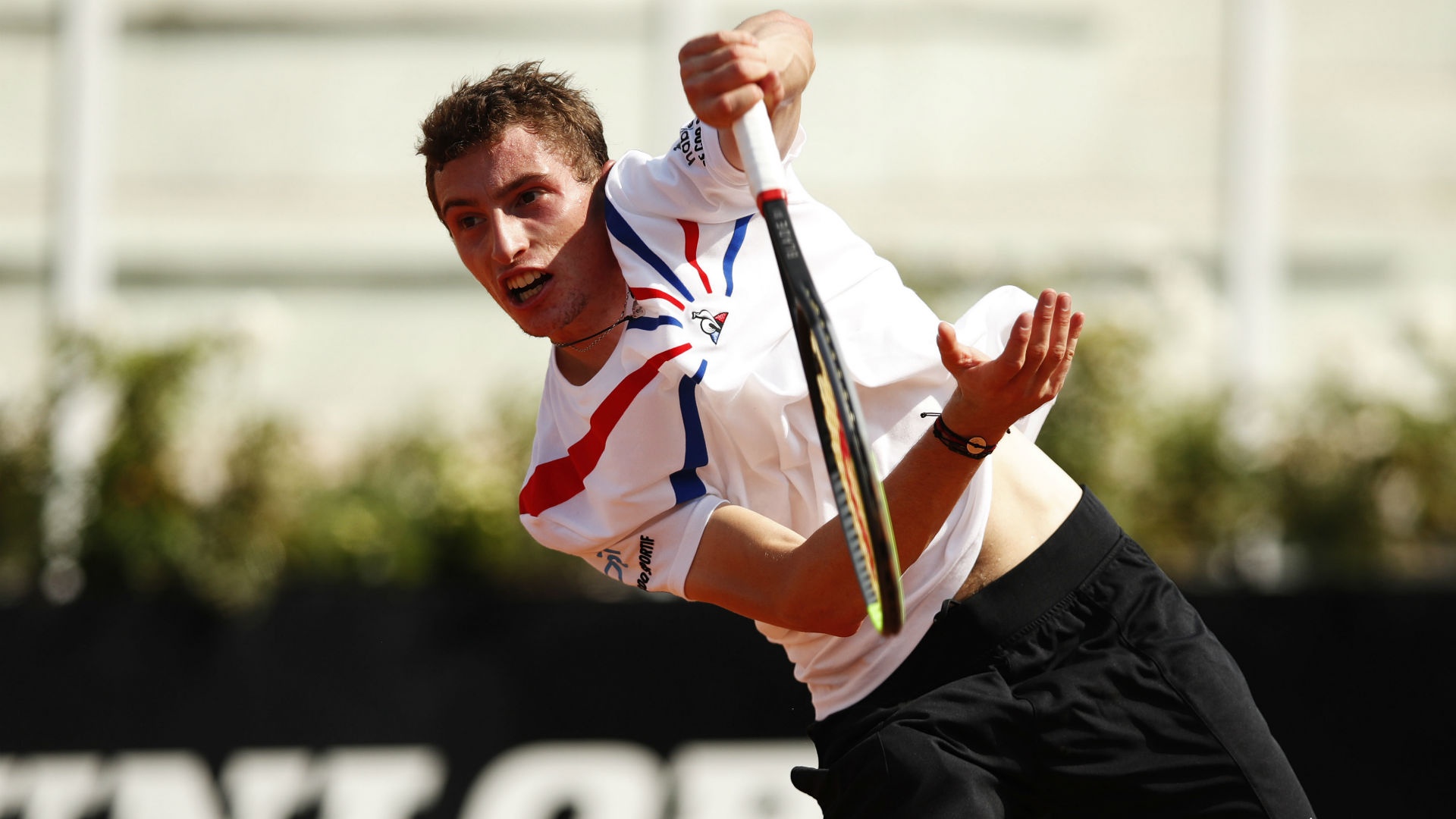 Daniil Medvedev was dumped out of the European Open in the first round following a shock 6-4 6-3 loss to France’s Ugo Humbert.

World number five Medvedev was in action for the first time since his US Open semi-final defeat to eventual champion Dominic Thiem and the top seed in Hamburg was defeated in straight sets.

Humbert overcame Kevin Anderson and Fabio Fognini in straight sets at the Internazionali d’Italia last week and he claimed another impressive scalp – his first against a top-10 player – after an hour and 22 minutes. The world No 41 was playing just his third match against a top 10 player; impressively, he has won 8 of his 13 matches against players ranked in the ATP’s top 20.

Humbert saved two of three break points and won 63 percent of his second serve points against Medvedev to complete his 14th win of the 2020 season.

The 22-year-old Frenchman ensured Medvedev did not enjoy his first match on clay since last year’s French Open, and he will now face Jiri Vesely in the second round.

Reigning champion Nikoloz Basilashvili went down 6-4 6-3 to Roberto Bautista Agut, while third seed Gael Monfils bowed out with a 6-4 6-3 loss to Yannick Hanfmann. Monfils, who has now lost both his matches since his 2020 season restarted, and three straight overall, left a message for his fans on social media on Tuesday.

“I am struggling to find good feeling on the court and it’s difficult to accept,” he wrote. “I will continue to fight, train and hope for better results soon.”

Fabio Fognini came from a set down to beat Philipp Kohlschreiber, and Karen Khachanov rallied back from a double break down in the decider to progress at the expense of Jan-Lennard Struff. It’s a big win for Khachanov’s confidence ahead of Paris. The Russian has reached at least the round of 16 at Roland Garros in each of the last three seasons.