Nick Kyrgios sets Round 2 Clash with Rublev at Miami

Nick Kyrgios made the most of his wildcard on Wednesday night, defeating Adrian Mannarino in straight sets. 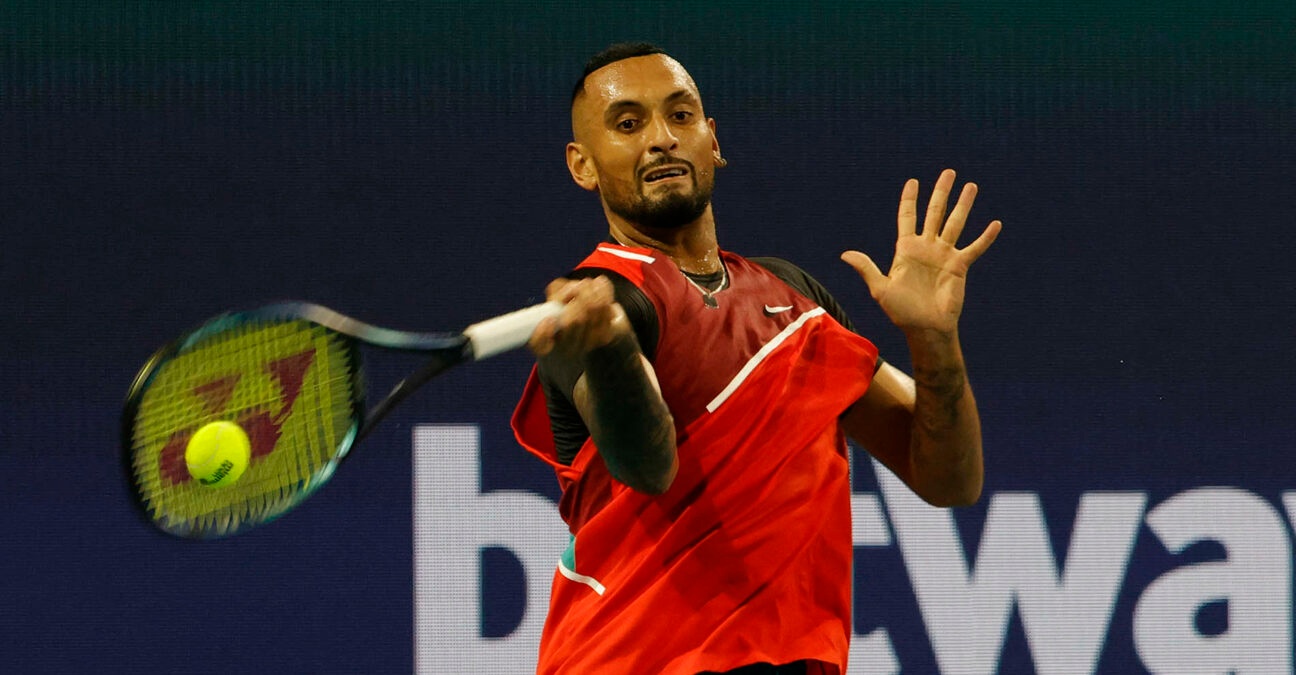 Two-time Miami Open semi-finalist Nick Kyrgios is up and running in 2022. After reaching the quarter-finals at Indian Wells, where he was edged by Rafael Nadal in three sets last week, Kyrgios continued his push to rebuild his ranking with a 7-6(3), 6-3 victory over France’s Adrian Mannarino.

The world No 102 will face Andrey Rublev in the second round at Miami. He improved his lifetime record at the tournament to 13-4, firing 12 aces and winning 41 of 50 first serve points. Kyrgios didn’t face a break point in the 92-minute contest.

Kyrgios and Rublev, the No 5 seed, have split their two previous meetings, with Kyrgios winning in Moscow in 2018 and Rublev getting revenge in the US Open’s third round in 2019.

Thanasi Kokkinakis is having a brilliant 2022 campaign and the 25-year-old Aussie continued his fine form on Wednesday night with a 6-4, 6-2 triumph over veteran Frenchman Richard Gasquet to set a round two clash with No 13 seed Diego Schwartzman.

Kokkinakis has earned 10 wins in singles in 2022 – he only managed eight wins on tour from the start of 2018 to the end of last season, a four-year stretch that was marred by injury and illness. Kokkinakis also won the Australian Open doubles title in January with Kyrgios. The pair are in this year’s doubles draw in Miami as wild cards, and will face Santiago Gonzalez and Andres Molteni in the first round.