Each day, Tennis Majors takes you back to an important moment in tennis history. On November 9, 1993, Bjorn Borg played his final professional match in Moscow. 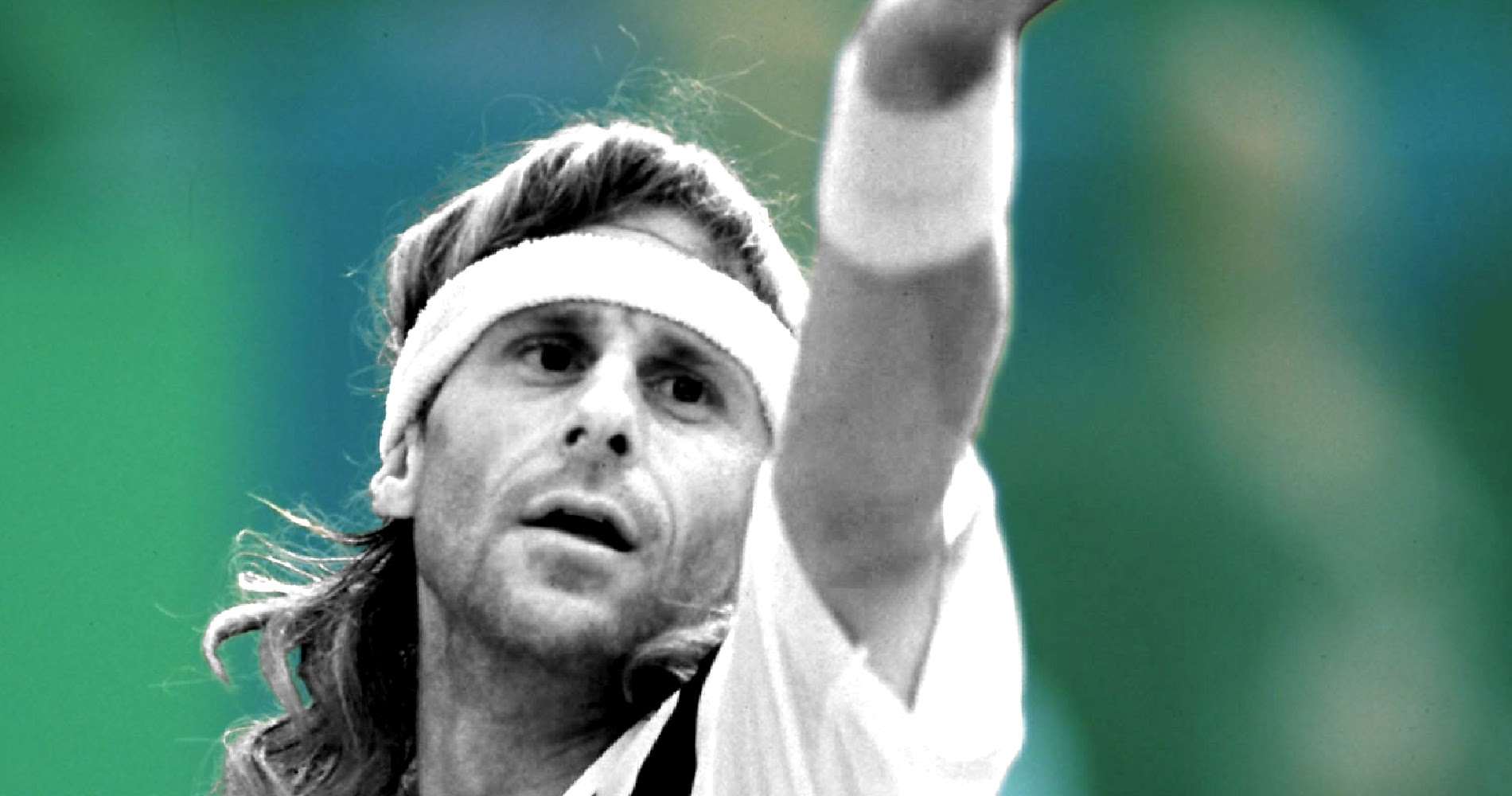 On this day, November 9, 1993, at the Kremlin Cup in Moscow, Bjorn Borg played the final match of his failed comeback, which had started at the Monte-Carlo Open in 1991. Defeated by Russian Alexander Volkov 4-6, 6-3, 7-6 after failing to convert a match point, the Swedish legend said he was finally calling curtains on his remarkable career. In two years and 12 tournaments after coming out of retirement, the 11-time Grand Slam champion didn’t manage to win a single match.

Bjorn Borg, born in 1956, was a revolutionary champion who changed the game of tennis forever. His unprecedented stardom and his incredible success were the main reason why tennis became such a popular sport in the 1970s. His game style, which involved heavy, arcing topspin and a two-handed backhand, was revolutionary and would be copied all around the world. His nickname “Ice Borg” reflected his attitude on the court; he seemed to have his emotions under control at all times.

Borg started playing tennis at the age of 9. By 15, he was already a member of the Swedish Davis Cup team, and in his first appearance in the competition he won his singles match against New Zealander Onny Parun. He turned professional the following year (1973) before even turning 17, and soon he reached the final in Monte-Carlo – where he was defeated by Ilie Nastase 6-4, 6-1, 6-2.

Borg also proved himself almost invincible at Wimbledon, where he claimed five consecutive titles (1976-1980) until, in 1981, John McEnroe became the first man to beat him at the All England Club since Arthur Ashe in 1975. As Borg had attended the Australian Open only once (1974), it was considered that the only major title he had never claimed was the US Open — where he finished runner-up four times (twice to Jimmy Connors in 1976 and 1978 and twice to McEnroe in 1980 and 1981.

The constant attention and pressure eventually left the mercurial Swede burned out and he put an end to his professional career at the age of 26, holding 11 Grand Slam titles. He had already won 64 tournaments and had held the ATP’s world No 1 ranking for 109 weeks.

The Kremlin Cup men’s event in Moscow was established in 1990. It was played on indoor carpet at the Olympic Stadium, which had been built to host the boxing and basketball events of the 1980 Olympics. Depending on its layout, it could host between 10,000 and 30,000 spectators.

The facts: Borg tries to come back, equipped with wooden racquet

It was rare that a player ranked 1,148 should draw a lot of attention in the first round of an ATP tournament, but at the 1993 Kremlin Cup that player was Borg. Since 1991, the Swedish legend had been trying to make a comeback to the game, equipped with his antiquated wooden racket. In the early 1980s, mentally worn out, Borg had stunned the tennis world by retiring at the age of 26. He later explained that he felt something was broken after the 1981 Wimbledon final, which he lost to McEnroe.

“I felt I was much the better player that day. But I just wasn’t so focused. And when I lost, what shocked me was I wasn’t even upset. That was not me.”

In 1991, the six-time Roland-Garros champion unexpectedly returned to the game at the Monte-Carlo Open. He was granted a wildcard, but, out of shape and playing with his old-fashioned wooden racket he was easily defeated by world No 52 Jordi Arrese 6-2, 6-3. This seemingly crazy comeback by the first true tennis superstar puzzled the experts who couldn’t figure out what Borg was trying to achieve.

“I just wanted to play tennis again. I was living in Monte Carlo. I played no practice, no exhibitions, I just kind of turned up…. It was madness; I knew that. I knew I was not playing well. But I can’t explain it, except to say I wanted to play. One or two years later Jimmy Connors started the senior circuit. If they’d had that in ’91, I would have done that instead. As it was, I went to Monte-Carlo.”

In Moscow, Borg didn’t get a lucky draw, as he faced world No 17 Volkov, a US Open semi-finalist two months earlier. Against the talented Russian, the Swede probably played his best match since the start of his comeback. He even obtained a match point in the final-set tiebreaker but eventually lost 4-6, 6-4, 7-6 (7).

This time in the press conference, Borg stated that this was his last match on the Tour – he was done for good this time, putting an end to one of the most bizarre comeback attempts in sports history.

What next: Borg joins Senior Tour; Volkov wins in Moscow in 1994

Volkov would withdraw from the Kremlin Cup without playing the second round, but in 1994 he would come back and win the tournament by defeating Chuck Adams 6-2, 6-4 in the final. The left-hander would retire in 1998, and – after having helped Marat Safin to his US Open triumph in 2000 – he would briefly become a coach for the Russian Davis Cup team. Volkov would pass away in 2019 at just 52 years old.

Borg would often compete on the Senior Tour throughout the 1990s. In the 2000s he would once again puzzle his peers by announcing that his Wimbledon trophies were on sale at an auction. Many other tennis stars would react negatively to this announcement and would eventually convince him to buy back his trophies. In 2017, he would reappear on the court as the captain of the Europe team at the Laver Cup.