Nadal had a foot injury in Roland-Garros semi-final against Djokovic, reveals Forget

Tournament director Guy Forget revealed some surprising news about Rafael Nadal at the end of the French Open on Sunday — telling the press that he had a foot injury during his semi-final defeat to Novak Djokovic.

It was a passing comment in the end-of-tournament press conference, with Forget mentioning that the 13-time Paris champion — who took a medical timeout in the fourth set — had struggled with a sore foot.

“He was a little bit physically affected at the end,” he said. “It was more a little pain in the foot. He had, again, the class not to talk about it at all.” 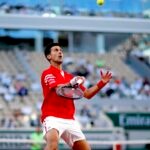 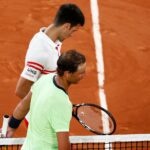 On the match, Forget spoke of “an extraordinary match. These two champions (Nadal and Djokovic) have stunned me so much and continue to do so. They went to the limit of their abilities and showed that, while we talk about a new generation, at 35 years old, they are still dominating world tennis.”

After his loss to Djokovic, Nadal did not give any details on what he would do next, saying merely: “I’m going to rest, first physically, then mentally, and then I’ll see.”

He is expected to play at Wimbledon.