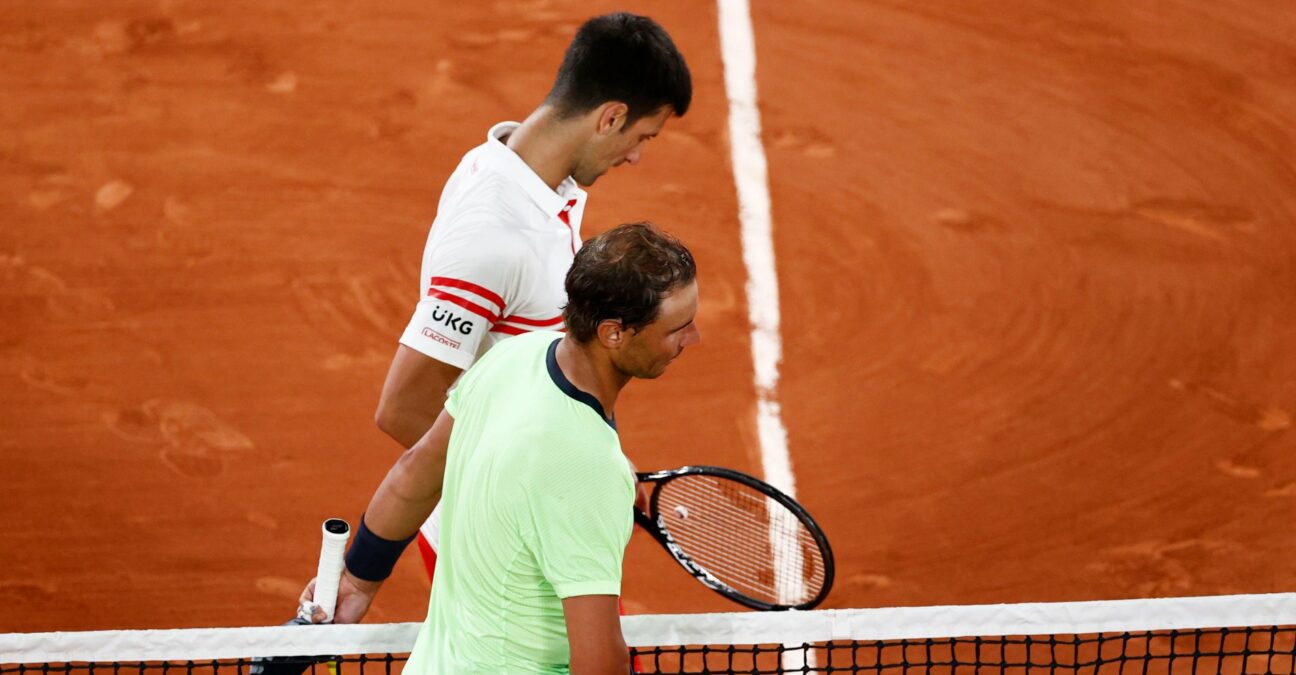 The famous saying plastered inside the All-England Lawn Tennis & Croquet Club is well-known to almost all tennis fans: “If you can meet triumph and disaster and treat those two impostors just the same….”

But Rudyard Kipling’s famous words extend far beyond the hallowed grounds of Wimbledon. They can be applied everywhere.

Dealt one of the toughest defeats of his illustrious career (and just his third all-time at the French Open) on Friday night, Nadal responded to such adversity in typical Nadal fashion.

“In our sport, you must admit both victory and defeat…. It’s not a disaster at all.”

“I’m sad I lost at the most important tournament of the year for me,” he lamented. “But it’s just a defeat on a tennis court you know, and tomorrow I’ll be at home with my family. That’s okay…. My opportunities to win here are not eternal. In our sport, you must admit both victory and defeat. I do know that I can’t win the tournament 15, 16 times. It’s not a disaster at all.”

The “it” he speaks of was an edge-of-your-set thriller against Novak Djokovic in the Roland-Garros semi-finals, another chapter in their incredible rivalry that had just about everything aside from a fifth set. Despite not going the distance, their 58th career head-to-head contest required four hours and 11 minutes to be decided. In the end, it was Djokovic who triumphed 3-6, 6-3, 7-6(4), 6-2.

As the score suggests, Nadal was not without chances. After battling back from a 5-3 deficit in the third set, the 13-time French Open champion had a set point with Djokovic serving at 5-6, ad-out. But the opportunity for a two sets to one advantage went by the wayside for Nadal, as the world No. 1 recovered to win a most amazing set of tennis in a tiebreaker.

“That’s sport,” Nadal said. “Sometimes you win, sometimes you lose. I tried to give my best…. I had the big chance with set point, 6-5, second serve. That’s it. Anything could happen in that moment.”

One or two key moments swung the pendulum in favor of Djokovic, who maintained momentum to roll through a much more straightforward fourth. Nadal faded a bit following the all-important tiebreaker, in which he double-faulted on the first point and missed a sitting forehand volley at 3-4. He finished with an uncharacteristic 55 unforced errors, although the stats may not tell the true story given that many of those mistakes came at the end of pulsating rallies.

“Probably was not my best day out there,” the 35-year-old admitted. “Even if I [fought], that I put a lot of effort, I mean, the position on the shots [wasn’t] that effective tonight. Against a player like him that takes the ball early, you are not able to take him out of his positions, then is very difficult, no?…. These kind of mistakes can happen. But if you want to win, you can’t make these mistakes. So that’s it. Well done for him. [It was] a good fight out there. I try my best, and today was not my day.

As always, Nadal was gracious in defeat — and not just toward Djokovic. At the end of his press conference, the world No 3 thanked the media in three different languages (Spanish, English, and French). He also thanked members of the Roland-Garros staff before leaving.

With that, Nadal made a rare exit prior to the French Open final — which will pit Djokovic against Stefanos Tsitsipas on Sunday afternoon.

Don’t expect Nadal to tune in. He’ll probably be on his yacht somewhere deep in the Balearic Islands. He won’t be thrilled about an early vacation, but at the same time he won’t be throwing a temper tantrum over his loss.

He’s the kind of person who treats them just the same.