Rafael Nadal wasn’t completely sure why his serve went off the rails so badly on Friday at Monte-Carlo, but he is confident that practice will make perfect in the weeks to come. 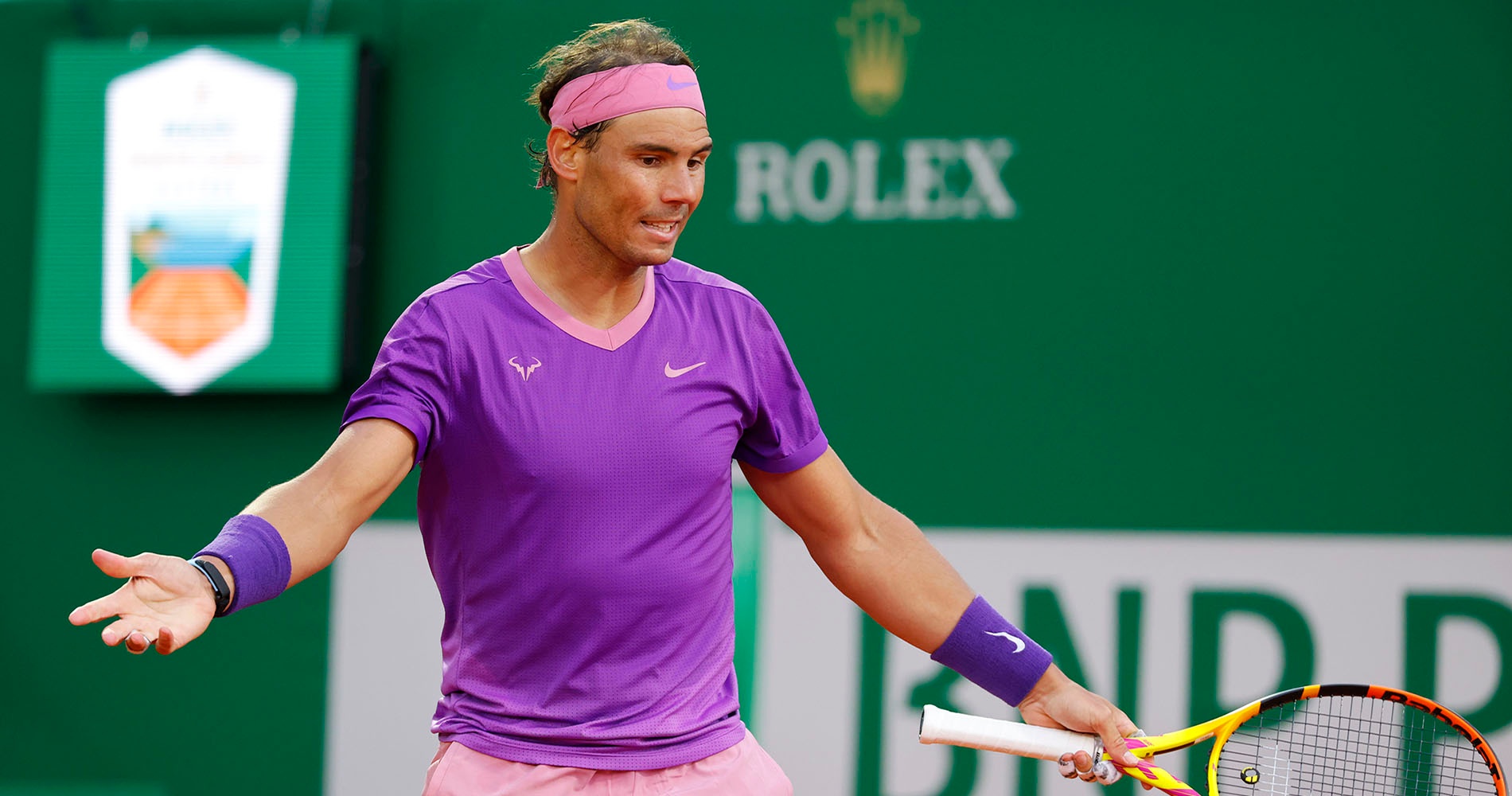 Broken seven times over the course of his 6-2, 4-6, 6-2 loss to Andrey Rublev in quarter-final action at Monte-Carlo, King of Clay Rafael Nadal lamented what he called an “opportunity to start the clay court season in the right way” on Friday when he met with reporters after his two hour and 32-minute tussle with the rising Russian.

Suffering a sixth career loss at the Monte-Carlo Rolex Masters has definitely left a bitter taste in his mouth, but the Spaniard has ample time to fix anything that ails him this spring, starting with his return to the Barcelona Open next week, where he is an 11-time champion.

Even Rublev was shocked that he was able to have so much success against Nadal’s serve on Friday. The 23-year-old converted seven of 15 break points and won 21 of 36 second serve return points, seven via the double-fault. “Today I was a bit lucky, especially the first set, he was not really feeling the serve well,” Rublev said.

Nadal doesn’t think it should be part of the sport from his side of the court. The 34-year-old Spaniard couldn’t quite explain away his difficulties on serve against Rublev.

“For some reason I had problems with my serve,” he told reporters. “I don’t understand why because I was not having problems on the practices at all. But today was one of these days that my serve was a disaster. Serving like this, the serve creates an impact on the rest of the game. When you serve with no confidence, you are just focus on try to serve, not think about how you want to play the ball. You just think about what you have to do with the serve to put the ball in. Then you have problems continue and prepare the point the right way, no?”

Nadal hinted that he’d be spending some extra time on the service stripe during practice at Barcelona, in order to get the serve in a groove again.

The fight was a positive for Nadal

While there weren’t many positives to take away from Friday’s match, Nadal was pleased with his ability to weather Rublev’s storm in the middle set. Twice he fought off clusters of break points to avoid going double-break down in the set, and he eventually rallied all the back to force a decider. The legendary fight is still a key ingredient in Nadal’s repertoire, and it was front and center during that set.

“I fighted, yeah,” he said. “That’s the positive thing, I was there. But you can’t expect win against a player like him losing my serve I don’t know how many times, but too many. No chance like this. Six, seven times? It’s too much. He played well. That’s true. He played great. He played aggressive, as I knew. Well done for him. Happy for him. He’s a great guy. Wish him all the best.”