The curtains have closed on 12 years of brilliant ATP Finals action in London. Here’s what happened – and what you might have missed – in the final editon at the 02 Arena. 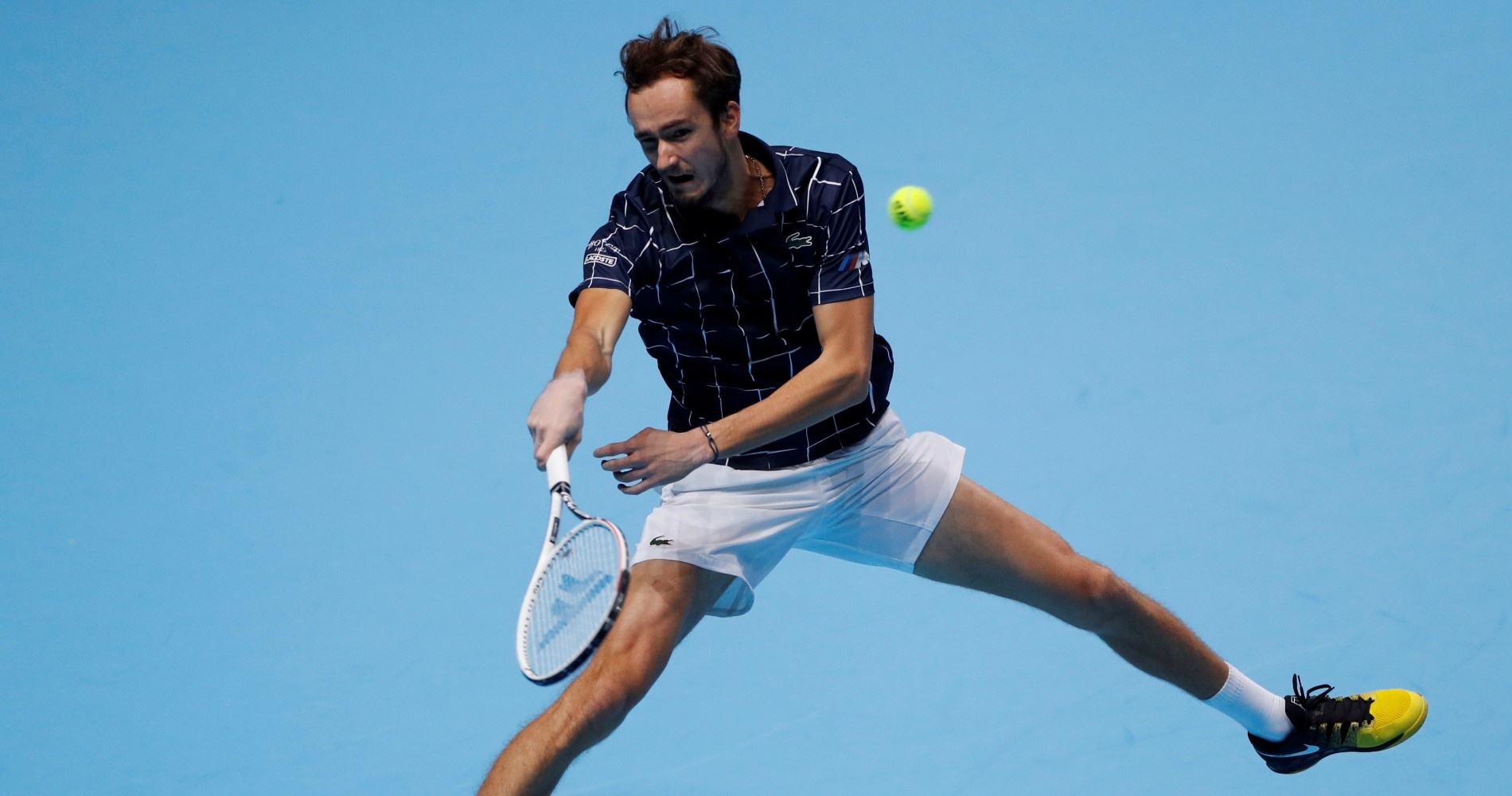 Eight days of high stakes tennis in London closed the curtain on the 2020 tennis season, and ended an era of greatness at the 02 Arena. The Nitto ATP Finals had a glorious 12-year run in London, and those golden years ended up being neatly bookended by a pair of Russian triumphs by Nikolay Davydenko and Daniil Medvedev.

The champion: Medvedev runs the table

He came. He saw. He conquered. Daniil Medvedev turned in a magnificent performance in London to win the title just one year after he was sent packing on his Nitto ATP Finals debut without winning a single match. This year Medvedev was on a mission and he defeated world No 1 Novak Djokovic, world No 2 Rafael Nadal and world No 3 Dominic Thiem to become the first player in history to sweep through the ATP’s top three players en route to the title at the ATP Finals.

The Russian ends the match on a 10-match winning streak that included a whopping seven top 10 victories. All eyes will be on him as 2021 commences.

One of the most difficult things to do in men’s tennis this year has been to defeat Novak Djokovic in a tiebreaker (he was 14-1 on the season entering the semi-finals on Saturday), and after failing to convert four match points in the second set tiebreak, Dominic Thiem must have been hoping that he wouldn’t have to see another breaker in set three. But he did, and lo and behold, Thiem pulled through to notch the 7-5, 6-7(10), 7-6(5) over Djokovic to reach his second consecutive final at the Nitto ATP Finals.

Here’s what Djokovic had to say about Thiem’s performance in that breaker:

For Thiem the victory meant that he becomes the second ATP player to have at least five victories over each of Djokovic, Rafael Nadal and Roger Federer. For Djokovic the loss meant that he would fail to tie Roger Federer for the all-time title lead at the ATP Finals. Even for Djokovic, the man so well-versed in rewriting the record books of late, some milestones have to wait…

Don’t shed a tear for Rafael Nadal – the Spaniard won his 20th major title in October and one month later in November notched his 1,000th ATP win. He’ll be just fine even if he does leave the ATP Finals a tad frustrated. The Nitto ATP Finals remain the biggest title that Nadal has never won, as the Spaniard fell to Daniil Medvedev in a three-set semi-final.

Nadal finishes his tenth ATP Finals appearance with an overall 20-16 record at the event and a record of two finals and six semi-finals. Not a bad cv at all, but more proof that tennis on an indoor hard court is simply not Nadal’s specialty. He has not won a title on indoor hard court since Madrid in 2005.

Make it five first-time champions in succession at the ATP Finals. Will the trend continue in 2021? How about Jannik Sinner for the title?
2016: Andy Murray
2017: David Goffin
2018: Alexander Zverev
2019: Stefanos Tsitsipas
2020: Daniil Medvedev

Daniil Medvedev may have summed it up best when he was asked about Diego Schwartzman’s rough debut at the ATP Finals.

“0-3 in your first Masters doesn’t mean anything,” he said after he trounced the Argentine in straight sets in his final round robin match on Friday. “I can say it with my experience that I had last year, so hopefully he can qualify for the next one.”

Andrey Rublev didn’t fare much better than Schwartzman. He went 1-2 and only managed to win what was essentially a dead rubber against Thiem on Thursday. But full credit to the Russian for having the right attitude heading into that match – and for getting the win.

“It’s great experience,” he said of his time in London, after his second loss in round robin play to Stefanos Tsitsipas, “because this event give you chances to play against the best players, and you have to use all of them. Doesn’t matter even if I’m already out, still I have to play my maximum, because in the end it’s best players and I need to perform my best.”

The doubles title goes to Nikola Mektic and Wesley Koolhof, who defeated Edouard Roger-Vasselin and Jurgen Melzer in the final, 6-2, 4-6, 10-5, for their first title as a team. Mektic becomes the first Croatian to ever win a Nitto ATP Finals title with the victory.

After 12 years in London the ATP Finals will switch to Turin, Italy in 2021 for a five-year run. Turin will be the 15th city to host the event since it all started in Tokyo in 1970.