The most talked-about partnership on the tour makes its official debut this week, and one half of the team has been talking about his hopes and expectations 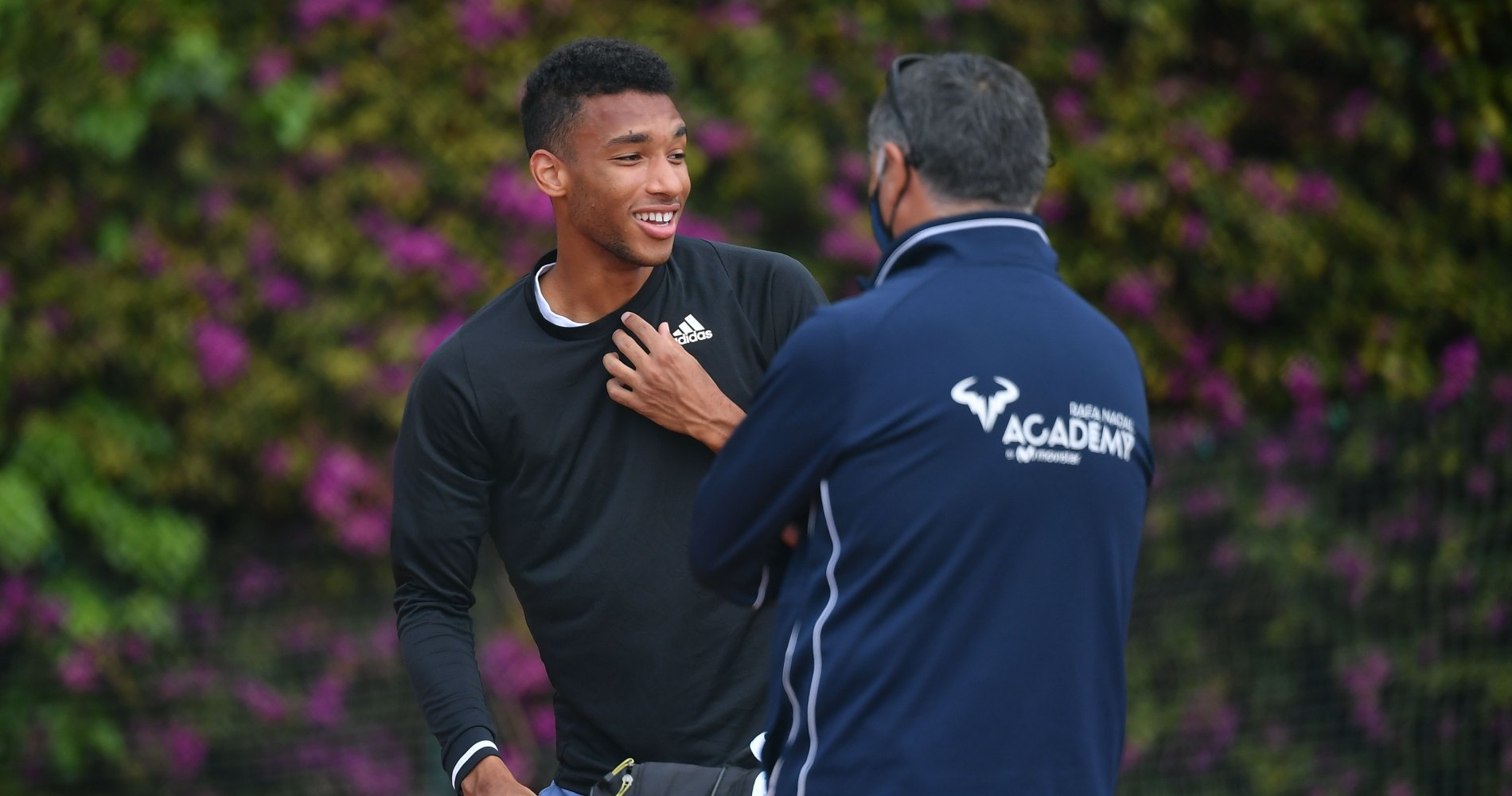 Felix Auger-Aliassime has spoken for the first time about his new link-up with mentor Toni Nadal ahead of this week’s Rolex Monte-Carlo Masters – and said that it would be tough to find a better coach.

“The goal is to keep [the collaboration] going after the clay court, for the whole year,” he told reporters. “After that, maybe even more in the future, we’ll see. I’m happy that he’s with me to start our partnership.

“Why Toni Nadal? As a coach, it’s hard to find a better one, with the track record he’s had with his nephew. It’s a great opportunity to learn from the best, to see what I can do better to get to the next level, to just improve. In the end, that’s what’s important, to continue to become an even better player. That’s what I am trying to do with Toni. I really like the man before the coach, I like his mentality and his values. It’s a pleasure to have him in my team.”

The 20-year-old added that he had spoken to Nadal when they had both been at clay court tournaments in Monte-Carlo previously as well as Rome, and that they had tested out the partnership in Mallorca last year.

“Frankly, from the very first days, it went very well, there was a good feeling,” said the Canadian. “We decided to continue.”

And he explained that working with Nadal is also indicative of his future ambition. Currently he has reached seven ATP Tour singles finals but lost all of them.

“Every week I would like to win,” he said. “I’ve been on the circuit for two or three years now and I’m getting more and more comfortable in each tournament. I’ve already reached a few finals. I’d like to win a title, I’ll see when it comes. I want to play good tennis. I don’t put any limits on myself for the tournaments to come.”