Benoit Paire retired from his opening European Open match in Hamburg and then said he had been allowed to play only after failing two Covid-19 tests and finally getting a negative result on a third. 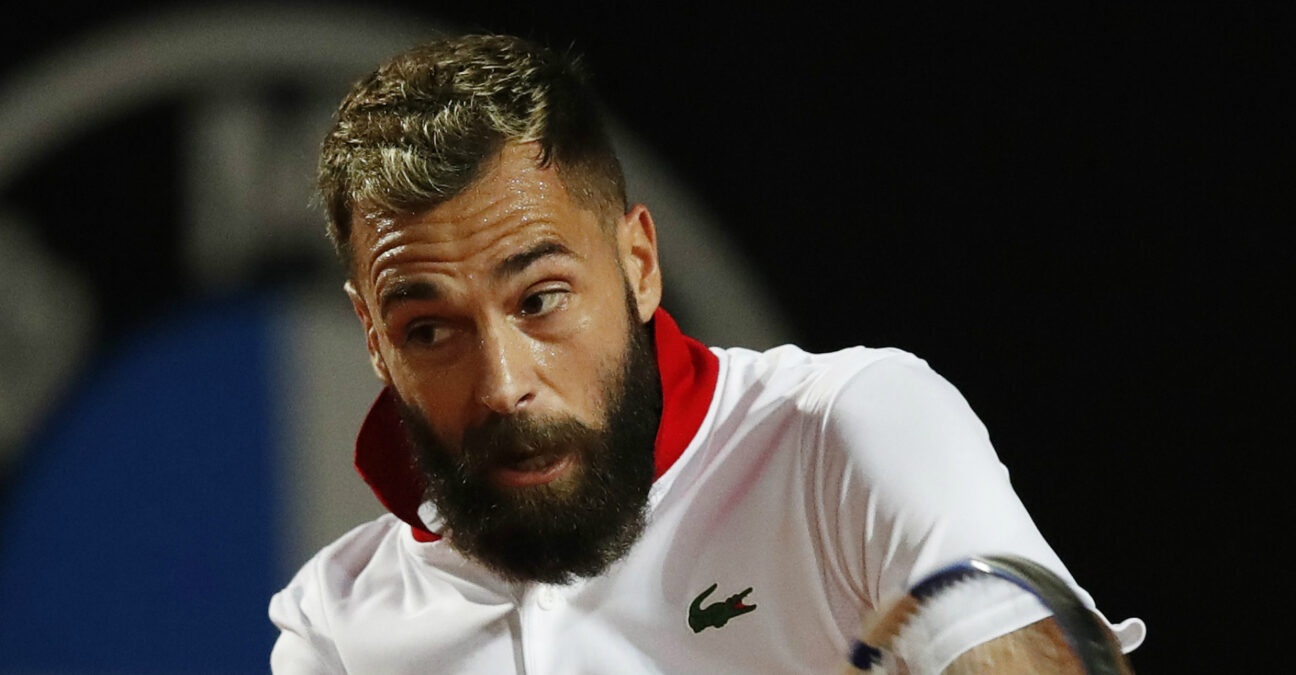 Confirmed positive on August 30. The Frenchman’s positive test on the eve of the US Open caused him to withdraw from the event and then spend 10 days hauled up in his hotel room

Benoit Paire has claimed he was given permission by doctors to compete at the European Open in Hamburg despite twice testing positive for coronavirus.

The world No 25 said he was only given the go-ahead to play after a third test proved negative. But after being given the all-clear, he retired from his opening-round match with Casper Ruud on Wednesday when a set and break down, saying afterwards he was “tired of tennis” because of all the uncertainty around whether he should play or not.

The Frenchman was competing in his second tournament since withdrawing from the US Open with a positive COVID-19 test in August, having also fallen at the first hurdle at last week’s Internazionali d’Italia.

Speaking after his exit in Germany, Paire revealed he had been self-isolating in his hotel room in the lead up to the match and was only allowed to practice for one hour but was given the go-ahead after a third test proved negative.

“Yes, I was positive here in Hamburg since I arrived. The only negative test I got was yesterday,” he said. “Before that, there was two in a row where I was positive. But the rules seem different here. The ATP has to explain what the rules are. In Paris right now, players are testing negative, but because the coach is positive, they cannot play. Here in Germany, you test positive and can play. So again thank you to the tournament and the doctor here in Hamburg for letting me play. There are some rules I obviously don’t understand too much.”

Paire was the only player to test positive for Covid-19 at the US Open, his positive test coming through before the event. Because of the rules regarding self-isolation, he had to stay in his room in New York for 10 days, while those who came into contact with him were allowed to play, but only under strict protocols, and then, when the jurisdiction over protocols changed midway through the event, all of the affected players had to quarantine in their hotel rooms.

Paire had previously revealed that he tested negative for the virus in New York a few days after the initial positive test. Unsurprisingly, he said he is confused by what’s been happening to him.

“I was negative after the US Open, negative in France, negative in Rome and then positive in Hamburg. That’s all I know,” he said. “It’s tough for me to understand when I arrive here in Hamburg and they tell me to stay in my room again. I really don’t understand. Honestly, it is not easy for me.”

Not the ending we wanted to see

Paire is forced to retire through injury, meaning @CasperRuud98 progresses at the #HamburgOpen.

Paire is next due to play in the French Open, which begins in Paris on Sunday.