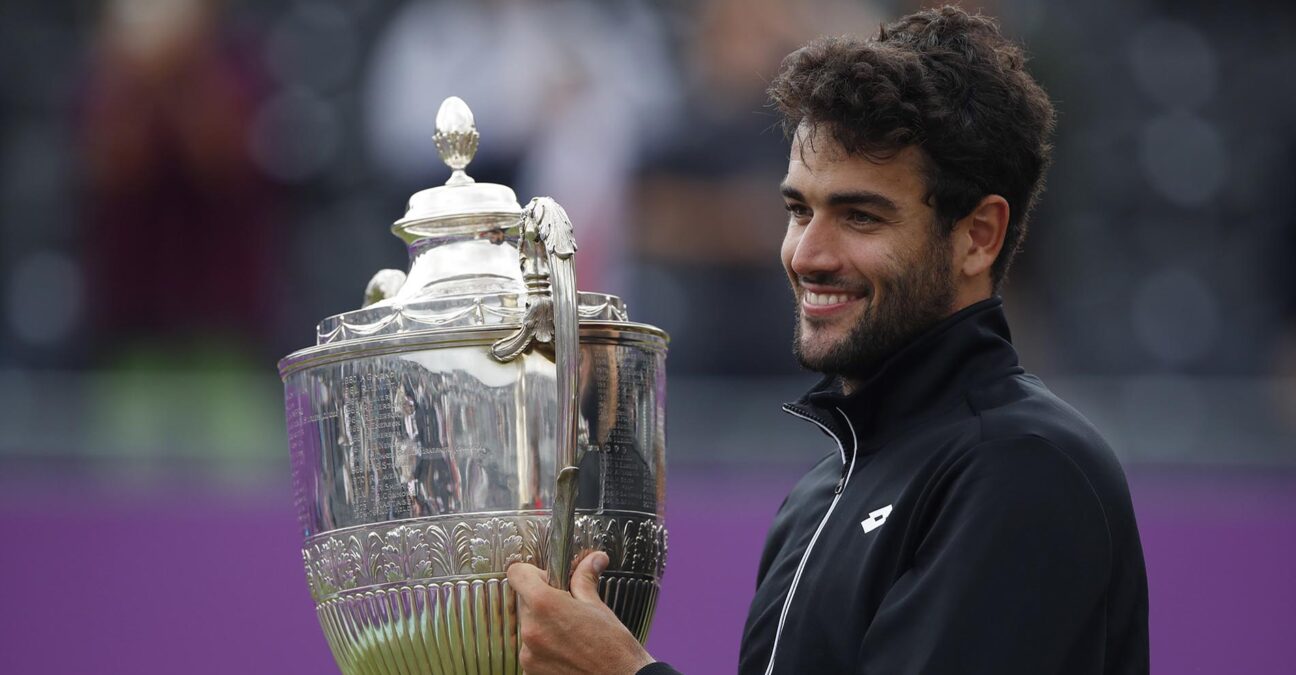 Italy’s Matteo Berrettini joined a famous list of champions at London’s Queen’s Club as he downed Britain’s Cameron Norrie 6-4, 6-7, 6-3 on Sunday for his fifth career title.

The world No 9 thumped down 19 aces and though Norrie pinched the second set on a tiebreak, Berrettini snatched the vital break in the third set and served out for victory.

Berrettini joins an honour roll that includes some of the most famous players in history to win the Queen’s title, and he’s the first man to win on his debut since Boris Becker in 1985.

“Unbelievable week. If I think about his name and my name it’s crazy,” he said. “I was dreaming about playing this tournament, I was watching when I was a kid. Now I have the chance to lift the trophy, it’s a dream come true.”

“These courts are really nice. It’s easy to adapt, I really enjoyed the week here, the weather was Engliush for the last days of the week but thankfully we made the finals (before) the rain.”

No title but great week for Norrie

Norrie had been trying to become the only British man – Andy Murray aside – to win the title since World War II but though he battled hard throughout, Berrettini had a little too much power when it counted in the third set.

“All credit to Matteo, great week for you and just too good today, better than me on the big points,” Norrie said.

The Briton will rise to around No 34 in the rankings and with a couple of withdrawals, he will be seeded at Wimbledon for the first time.

“I’ve really enjoyed my tennis here. If you’d have told me before the tournament I’d have signed for the final. It was a great week. It’s very special to be seeded at Wimbledon, it’s all thanks to my team. Obviously we’re a little disappointed we didn’t get the title today but hopefully there will be more chances to come.”

Berrettini said he was convinced Norrie would break through with a title win soon.

“He’s a great player. I think this year he showed how he can play on all surfaces, he made finals, he’s playing great tennis,” he said. “I’m sure he’s going to win a title soon. Today I’m happy for me but I’m sure this guy is going to lift a lot of trophies and have a great career.”