It was a record-breaking, history-making day in Barcelona for Spain’s great champion 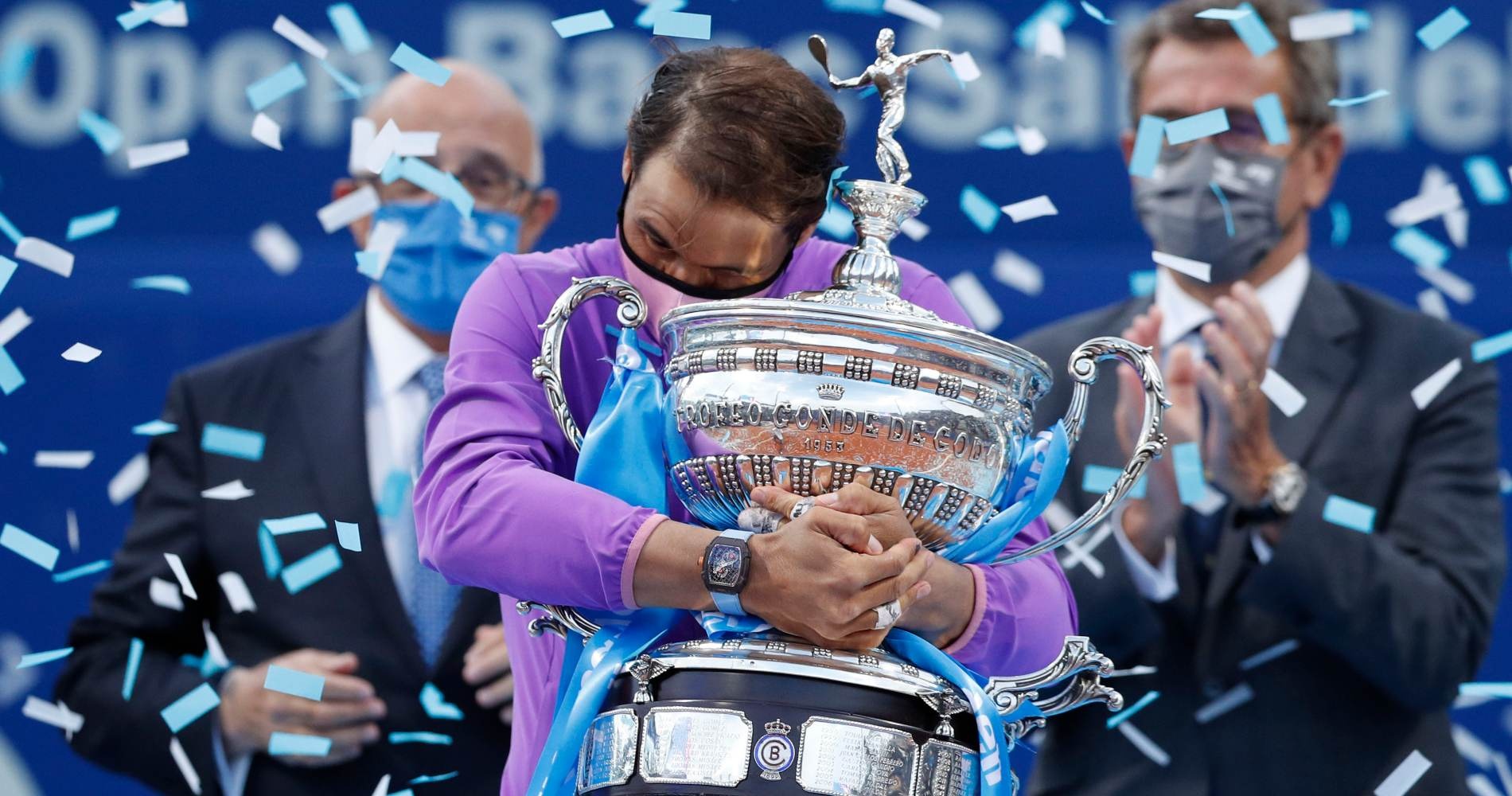 Nadal is the first player this year to take a set off Tsitsipas on clay.

He did so in the longest best-of-three final on the ATP Tour since records began in 1991.

And it was an especially auspicious day – marking 16 years since the great Spaniard first arrived in the Top 10 of the ATP rankings by winning the title at the same tournament.

Tsitsipas looked to be in control of the match in the first set, breaking early on to move to a 3-1 first set lead.

But Nadal applied the necessary pressure, capitalising on some risky short shots from the Greek.

It seemed as if it was going to be relatively straightforward in the second set as Nadal secured himself two championship points at 6-4, 5-4 on the Tsitsipas serve – but then dropped both of them.

And in the subsequent game, the Greek looked like he was about to break Nadal to love – but the Spaniard clawed it back to hold.

The tie-break was inevitable – but despite the support of an expectant and noisy crowd, Nadal could not capitalise, with Tsitsipas utilising his drop shot to great effect.

The decider was a tentative affair, going entirely with serve. Tsitsipas then had his first championship point at 5-4, 30-40, but Nadal benefited from a lucky net cord.

And it was Nadal who went on to get the first and only break of the final set, in the penultimate game, putting the tournament on his racket and serving it out.

After three hours and 38 minutes on court, it was perhaps no surprise that he fell to the ground in celebration before commiserating with his vanquished rival.