Home » News » Record-equalling Djokovic: I’m playing some of my best ever tennis

Record-equalling Djokovic: I’m playing some of my best ever tennis

Novak Djokovic revelled in his triumphant display at the Western & Southern Open on Saturday. 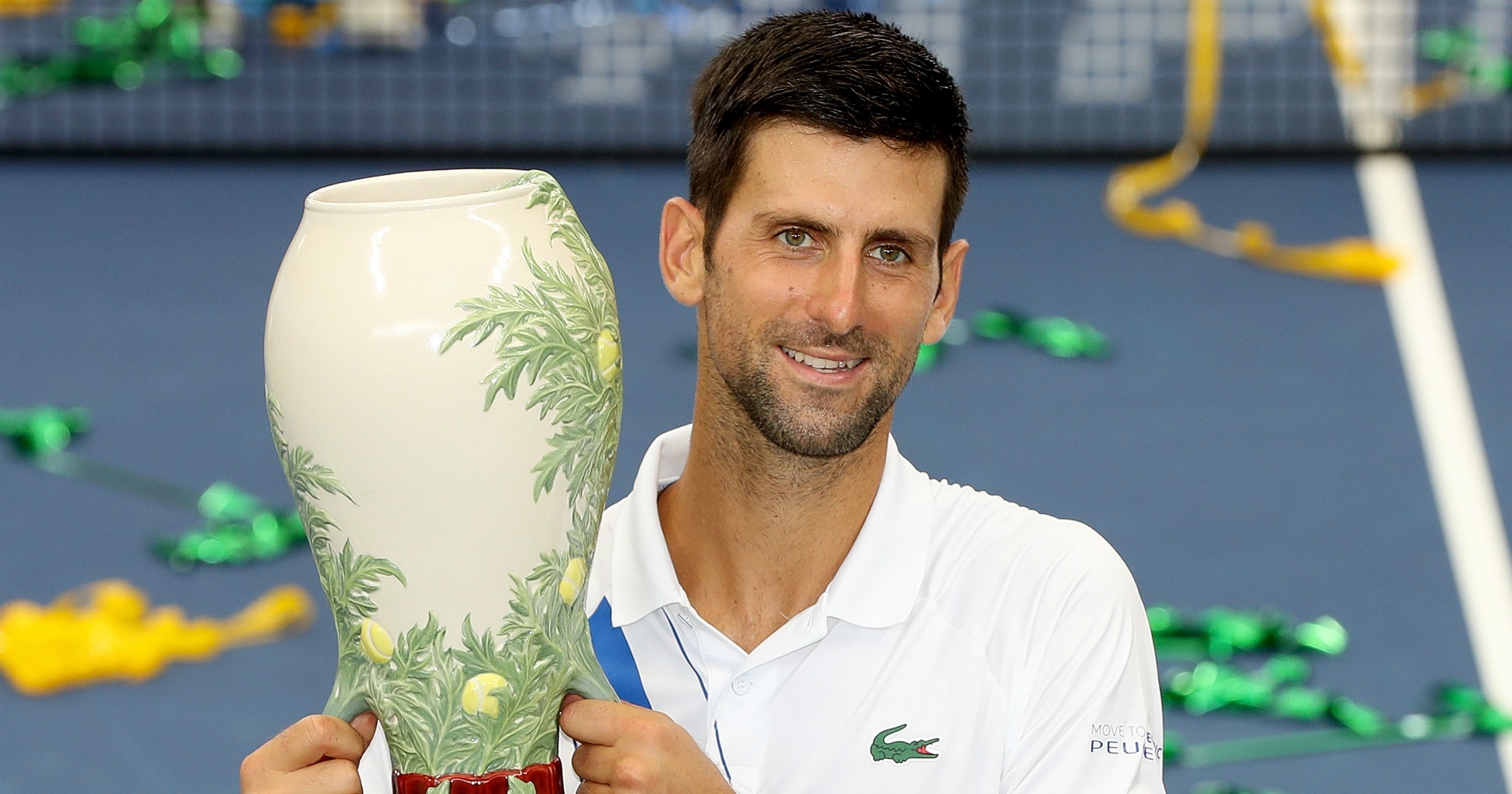 World number one Novak Djokovic feels he is at his peak and playing some of the best tennis of his career after claiming a record-equalling 35th ATP Masters 1000 title.

Djokovic rallied from a set down to beat Milos Raonic 1-6 6-3 6-4 in the Western & Southern Open final at Flushing Meadows on Saturday, moving level with Rafael Nadal’s tally of Masters 1000 trophies.

In an ominous warning ahead of the US Open as Djokovic eyes an 18th major crown, the 33-year-old completed a second Career Golden Masters by outlasting Raonic behind closed doors.

Djokovic boasts a perfect 23-0 record in 2020, while he is also the only player in history to win all nine Masters 1000 events. He is also riding a 26-match winning streak and has won all ten tiebreaks that he has played in 2020.

The Serb claimed his 35th Masters 1000 title on Saturday, tying him with Rafael Nadal for the all-time lead.

If you're scoring at home 👇 pic.twitter.com/qoFrb84BEl

“I am trying to make the most of my career, trying to use this time when I feel that I am physically, mentally, emotionally, game-wise at [my] peak and playing some of the best tennis that I have ever played,” said Djokovic, who will open his US Open campaign against Damir Dzumhur.

“Going on an unbeaten run so far this year obviously brings even more confidence each match.”

Djokovic added during the trophy ceremony: “I would like to thank my team for hanging in there. Tough match yesterday, three hours.

“I would like to take this opportunity to say hello to all the Cincinnati fans and tennis fans around the world. We miss you guys. It feels quite strange to be in these conditions and circumstances, but we all hope for a better tomorrow and you are one of the biggest reasons why we play professional tennis, so hopefully we can see you very, very soon.”

Djokovic, who dealt with a neck issue during the tournament which was played in New York instead of Cincinnati amid the coronavirus pandemic, said: “In the past three, four days, I struggled a little bit with my physical condition, but I managed to pull this one through.

“It was a very close encounter all the way through the last shot. It was anybody’s game.”