Andrey Rublev beats Lorenzo Sonego in the final of the Erste Bank Open on Sunday. The Russian is enjoying an epic run of form and has now grabbed a place at the 2020 Nitto ATP Finals in London. 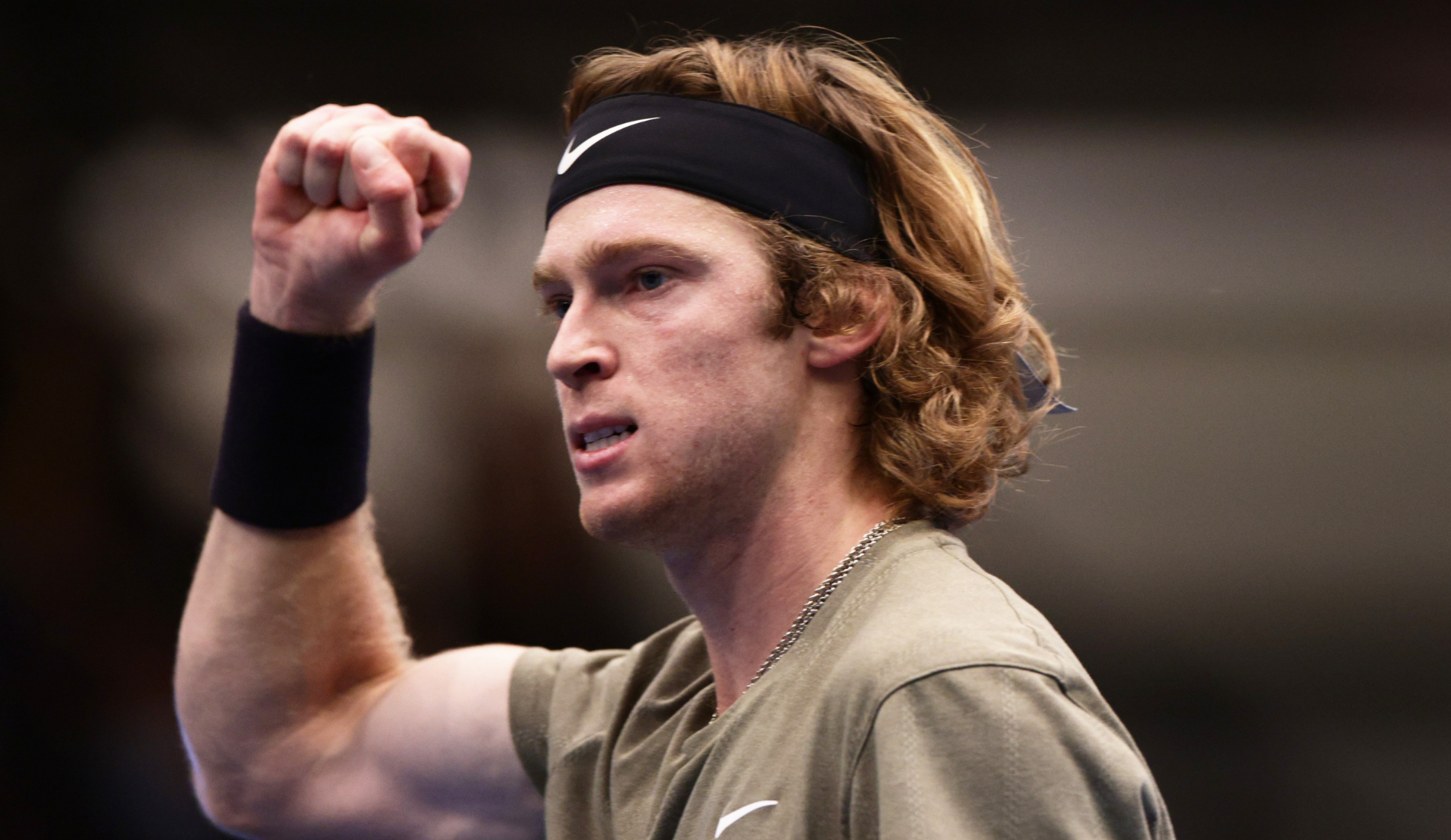 Andrey Rublev wrapped up another amazing week with his tour-leading fifth trophy of 2020, beating Lorenzo Sonego 6-4, 6-4 in the final of the Erste Bank Open on Sunday afternoon. The 23-year-old needed one hour and 19 minutes to end the lucky loser’s improbable week in Vienna.

Rublev off and running

Having already captured two 500-point titles this fall (Hamburg and St. Petersburg), this stage was nothing new for a red-hot Rublev. And he played like it right from the start on Sunday, breaking Sonego for a quick 3-2 lead in the opening set. The world No 8 had no trouble consolidating on serve until he suddenly ran into trouble at 5-4. Sonego earned double-break point at 15-40, but Rublev dug out of the hole by winning four consecutive points and holding to wrap up the opening frame of play in style.

Russian again too good in the clutch

Although the 6-4, 6-4 scoreline was routine, there was also little separating the two finalists in the second set. Sonego, who got into the main draw when Diego Schwartzman withdrew and proceeded to stun Novak Djokovic 6-2, 6-1 in the quarter-finals, held serve easily en route to a 4-4 deadlock. With the pressure on in the ninth game, though, Rublev raised his level and seized what proved to be a title-clinching break. Vienna’s No 5 seed went on to serve it out at 5-4 without too much trouble.

“This tournament is really special for me because my grandma was also Austrian, so I have Austrian blood,” Rublev told the fans, who were clearly thrilled to learn that news. “It’s a really special title for me.”

“This was one of the best tournaments of this year,” Sonego assured. “It was an amazing final for me. I like Vienna and thank you for all the support.”

Rublev is now 39-7 this season — a record that not only includes five titles but also quarterfinal performances at the US Open and French Open. For his efforts, the Russian has officially clinched a well-earned spot in the Nitto ATP Finals for the first time in his career. Rublev joins a field that also includes Djokovic, Rafael Nadal, Dominic Thiem, Stefanos Tsitsipas, Daniil Medvedev, and Alexander Zverev.