Dominic Thiem’s back is against the wall in Rio, where Gianluca Mager is on course for the semi-finals. 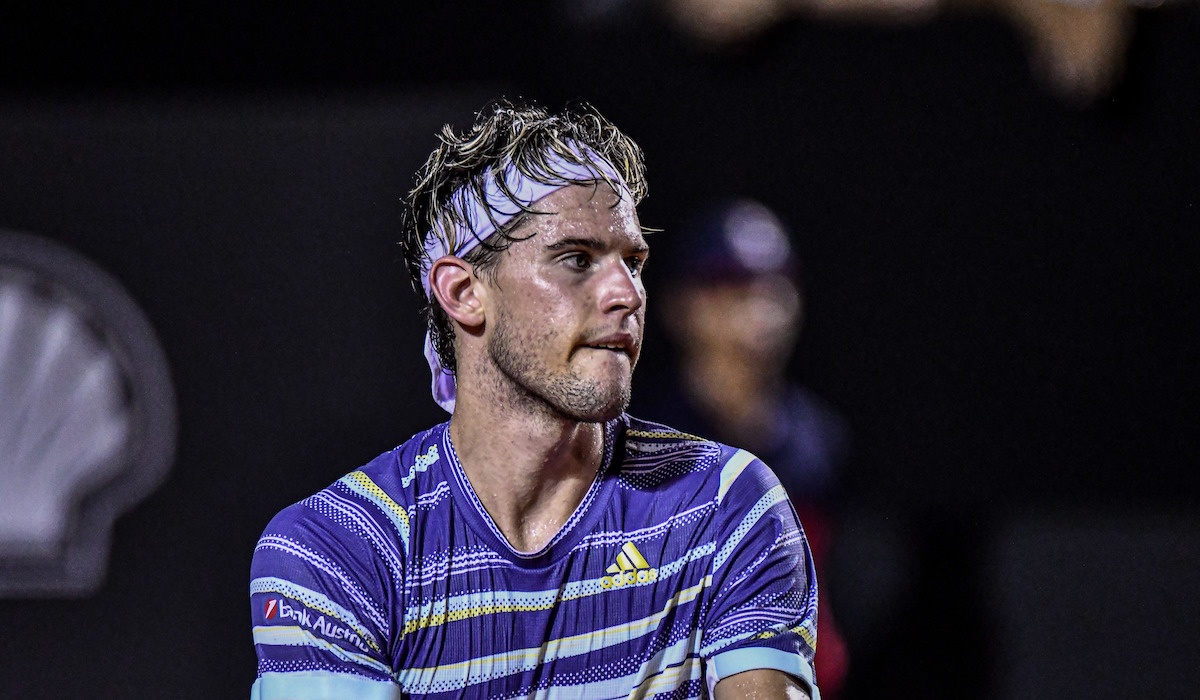 Top seed Dominic Thiem trails by a set and a break in his quarter-final against qualifier Gianluca Mager after the RIO OPEN was washed out for the day.

Rain wreaked havoc in Rio, where only two quarter-final matches were completed at the ATP 500 tournament on Friday.

Thiem’s back is against the wall, with the Australian Open runner-up and world number four down 7-6 (7-5) 2-1 against Mager – who is featuring in his first ATP Tour quarter-final.

Lucky loser Attila Balazs and qualifier Pedro Martinez were also playing when the rain returned in Brazil, with the latter leading 6-2 2-2.

Cristian Garin managed to win through to the semi-finals after the third seed claimed his seventh successive victory by rallying past Federico Coria 2-6 6-3 7-5.

Next up for Garin is fifth seed Borna Coric, who defeated Lorenzo Sonego 7-6 (7-5) 6-3 on the Brazilian clay.

At the DELRAY BEACH OPEN, second seed Milos Raonic and fellow big server Reilly Opelka will meet in the semi-finals.

“It’s going to be tough. He gets a lot of free points on his serve and you’ve got to make him play,” Raonic said.

“You can’t just make him play though because he goes for it from the centre of the court. You’ve got to move in, you’ve got to find a way to be aggressive.”