Every day, Tennis Majors takes you back in time to recall an important moment in tennis history. On this day in 1974, Tennis’s ‘first golden couple’ both played the final of the Australian Open – but only one of them came away with the trophy 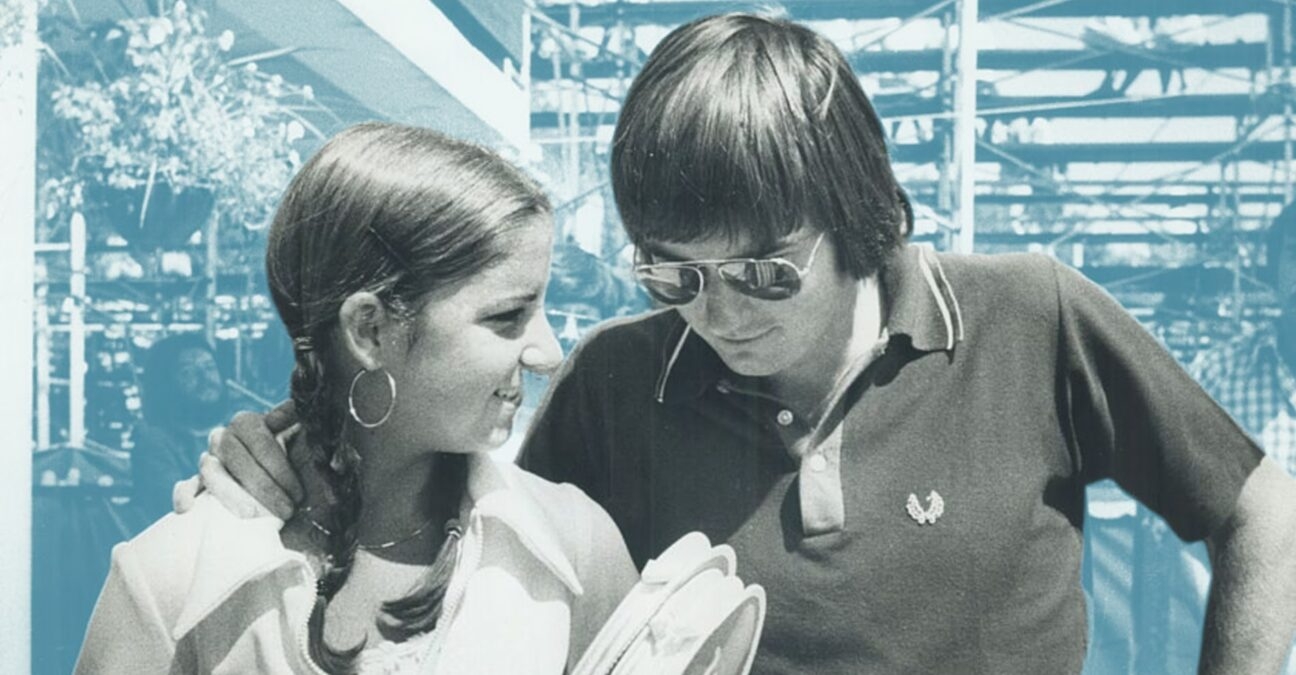 On this day, January 1 in 1974, Chris Evert and Jimmy Connors, who were engaged at the time, both played their respective Australian Open singles finals with different outcomes. While Connors defeated Phil Dent (7-6, 6-4, 4-6, 6-3) to win his first Grand Slam title, his fiancé, Evert, lost to local favourite Evonne Goolagong (7-6, 4-6, 6-0). That year, Connors would remain undefeated in Grand Slam tournaments (he would not be allowed to play at Roland-Garros), reached the world No 1 sport, and would begin one of the longest reigns in tennis history. Meanwhile, Evert would go on to win the next two Grand Slams.

Chris Evert was born in 1954 in Florida. Coached by her father, the American developed a game based on consistency, keeping her opponents away from the net with her deep groundstrokes and punishing them with great passing shots if they approached the net carelessly. She obtained her first breakthrough result at the age of 16, reaching the US Open semi-final (defeated by world No 1 Billie Jean King, 6-3, 6-2). In 1973, at the age of 18, she finished runner-up at both Roland-Garros and Wimbledon, beaten by the two best players in the world, King and Margaret Court. 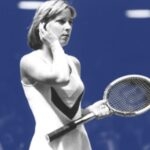 Evonne Goolagong was born in 1951 in an Australian Aboriginal family. Despite the heavy racial prejudice in rural Australia, she was encouraged to play tennis and in 1965, she was sent to Sydney to attend high school and improve her game. Her breakthrough year on the international circuit came in 1971, when she triumphed at both Roland-Garros and Wimbledon (beat Margaret Court in the final 6-4, 6-1). In 1972 and 1973, she reached five Grand Slam finals without clinching a title, defeated by Virginia Wade (1972 Australian Open), Billie Jean King (at Roland-Garros and Wimbledon in 1972) and Margaret Court (at the Australian Open and the US Open in 1973).

Jimmy Connors, born 1952, was one of the most promising tennis players of the early 1970s. Coached by his mother Gloria, Connors was one of the first few players to hit the ball flat and mainly from the baseline. Hitting the ball on the rise, his game would be very influential for future generations of tennis players.  He was already known for his shocking on-court behaviour in the well-mannered world of tennis. While his mum loudly cheered for him in the stands, screaming, “Come on, Jimbo!”, Connors displayed an unusual amount of aggression, even in the way he encouraged himself.

‘Jimbo’ was sometimes downright vulgar — giving the finger to a linesman or putting his racket between his legs in a crude manner. His constant quarreling with officials made him infamous in a gentleman’s sport. Connors turned pro in 1972, being one of the best hopes of American tennis, along with Harold Solomon and Roscoe Tanner. During his two first seasons as a professional, Connors won 17 titles and reached three Grand Slam quarter-finals. At the start of the Australian Open in December 1973, he was already ranked No 3 in the world.

Born in 1950, Phil Dent had triumphed at both the Australian Championships and Roland-Garros as a junior in 1968 but he was not as successful immediately on the pro tour. His best Grand Slam performance had been reaching the quarter-finals at the Australian Championships in 1968 and he claimed his only title in Sydney in 1971, defeating John Alexander in the final (6-3, 6-4, 6-4). He finished the 1973 season as world No 49.

Unlike the other Grand Slam tournaments, the Australian Open (first known as the Australasian Championships and, later, the Australian Championships) had moved several locations throughout the years. In fact, the event switched cities every year before settling down in Melbourne in 1972, and no less than five Australian cities had hosted the event at least three times: Melbourne, Sydney, Adelaide, Brisbane and Perth. The event was held on grass at the Kooyong Stadium in an affluent suburb of Melbourne. Its timing had changed several times as well, between early December and January, going from being the first Grand Slam of the year to being the last. At the time, many of the top players skipped the Australian Open, mainly because of the remoteness and the low prize money.

The facts: The heat takes it toll on Connors and Evert and the rest of the field

At the start of 1974, Jimmy Connors and Chris Evert were perhaps the most famous sports couple in the world. The two rising stars had met at the Queen’s Club Championships in June 1972 and made their relationship public a few months later. They had even played the mixed doubles together in three Grand Slam events, reaching the semi-finals at Forest Hills in 1973.

Supporting each other whenever their schedules allowed it, they both arrived at the 1974 Australian Open seeking their first Grand Slam title. While Connors, seeded third, had never gone past the quarter-finals at a Major before, Evert was the top seed and had finished runner-up at a Grand Slam twice in 1973, at Roland-Garros and Wimbledon.

“Chrissie” made her way into the final easily, without dropping a single set, but in the championship round, she was defeated by Evonne Goolagong (7-6, 4-6, 6-0). Heat and humidity were extreme, even by Australia’s standards, and the Aussie even took a shower between the second and third sets, finally claiming the title in front of her home crowd after three successive losses in the final.

Connors didn’t have a great time in Melbourne, suffering from the heat and annoyed by the local crowd. “Australia in December is stupid hot and, at times, the weather matched my mood. The facilities were basic, to say the least – the Kooyong Stadium had a tiny locker room with a single shower and one toilet cubicle – but that didn’t bother me. No, what pissed me off was the partisan crowd, screaming approval at every hometown player and abuse at every foreigner,” he would write in 2013, in his autobiography, The Outsider. “Hearing the crowd booing was one thing, but what the hell was the deal with those flies? Where were they breeding those things anyway? They looked like B-52s coming down on me.”

However, facing adversity was one of Jimbo’s trademark abilities. In fact, he would often claim later that he couldn’t perform better than when the crowd was against him and managed to outclass Phil Dent in four sets (7-6, 6-4, 4-6, 6-3).

“Phil Dent took the full force of the frustration and aggression that had been building in me from the first day of the tournament. Fortunately, I managed to channel it into my game. The super-dry, well-worn grass of Kooyong reminded me of the armory floorboards [he learnt how to play tennis on a basketball floorboard], and I adopted the approach Mom had taught me back in St Louis, moving forward, taking the ball early, blasting it down the lines and across the court. Even with the crowd cheering their countryman on, he didn’t stand a chance.”

The painful tournament ended in the best possible way for Connors.

“I was ecstatic, even if, to be brutally honest, the Australian Open in the 1970s didn’t draw the number of top players that it should have. The long flight and the unfortunate timing of the tournament limited the field. But it was still a Grand Slam and an important win in anybody’s book.”

What next? Evert and Connors would break up in 1974

For Jimmy Connors, the Australian Open title marked the beginning of one the greatest seasons ever played: claiming 16 titles, he would triumph at both Wimbledon and the US Open and would become world No 1 for 160 consecutive weeks. 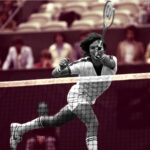 However, because of his participation in the World Tennis Tour, he wouldn’t be allowed to compete at Roland-Garros, probably missing the opportunity to achieve the calendar Grand Slam.

Chris Evert wouldn’t have to wait much longer to claim her first Grand Slam title: she would triumph at Roland-Garros five months later, defeating Olga Morozova in the final (6-1, 6-2). She would even claim a second title at Wimbledon, winning the tournament along with her fiancé.

Connors and Evert would break up later in 1974, cancelling their wedding planned in November. Both players would go on to have Hall of Fame careers and win multiple majors to rank among the greatest legends in the sport’s history. 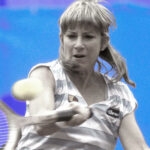 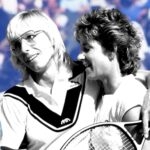 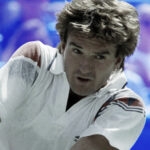 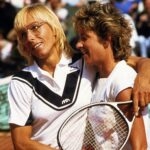 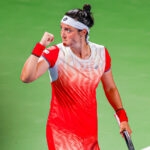