Home » News » Rome won’t change anything: Djokovic, Nadal and Alcaraz could end up in the same section of the draw at Roland Garros

Rome won’t change anything: Djokovic, Nadal and Alcaraz could end up in the same section of the draw at Roland Garros

The Masters 1000 in Rome this week, will change nothing in one way; Novak Djokovic, Rafael Nadal and Carlos Alcaraz could find themselves in the same half of the draw at Roland-Garros, where they will be the three favourites 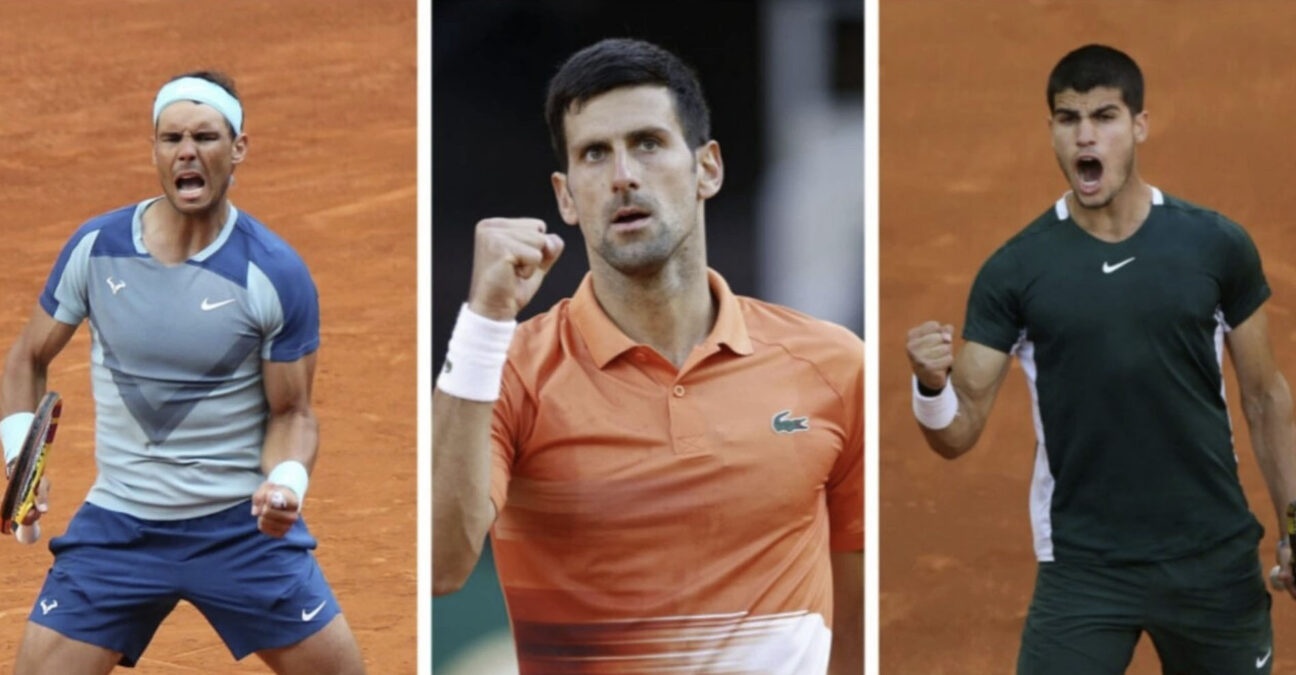 Let’s not be afraid of the words: the 2022 edition of Roland-Garros, whose final draw will begin in less than two weeks (May 22-June 5), promises to be a grand affair. Credit where credit is due, Rafael Nadal will by right be the main favourite – barring a huge accident or injury this week in Rome – but probably not as overwhelmingly as usual.

He will have to share this honour, in proportions that everyone will assess according to their feelings, with Novak Djokovic, the defending champion, and Carlos Alcaraz, “the best player in the world today”, to use the words of Alexander Zverev, outclassed Sunday in Madrid final by the Spanish phenomenon.

However, respectively ranked number one in the world, number four and number six this week, Djokovic, Nadal and Alcaraz could all find themselves in Paris in the same half of the table which could also be made more spicy by the presence of Stefanos Tsitsipas, runner-up last year and probably the No 1 threat to the three main favourites.

Next Monday’s ATP ranking will be used to establish the seeds at Roland-Garros, and the Masters 1000 in Rome this week still separates us from this crucial deadline. But whatever its verdict, the Roman tournament, as we will see, will not be able to reshuffle the cards enough to prevent the possibility of a “draw of death” in Paris.

Let us recall the way in which a Grand Slam draw is made up:

To be sure that Djokovic, Nadal and Alcaraz do not all find themselves in the same part of the table at Roland-Garros, they would all have to find themselves among the first four seeds after Rome. But it is mathematically impossible after the Alcaraz decided not to play in Rome due to a sore ankle and a large blister on his foot.

Here is, in order of ranking, the situation of each of the hopefuls at the dawn of the final Masters 1000 of the season on clay. 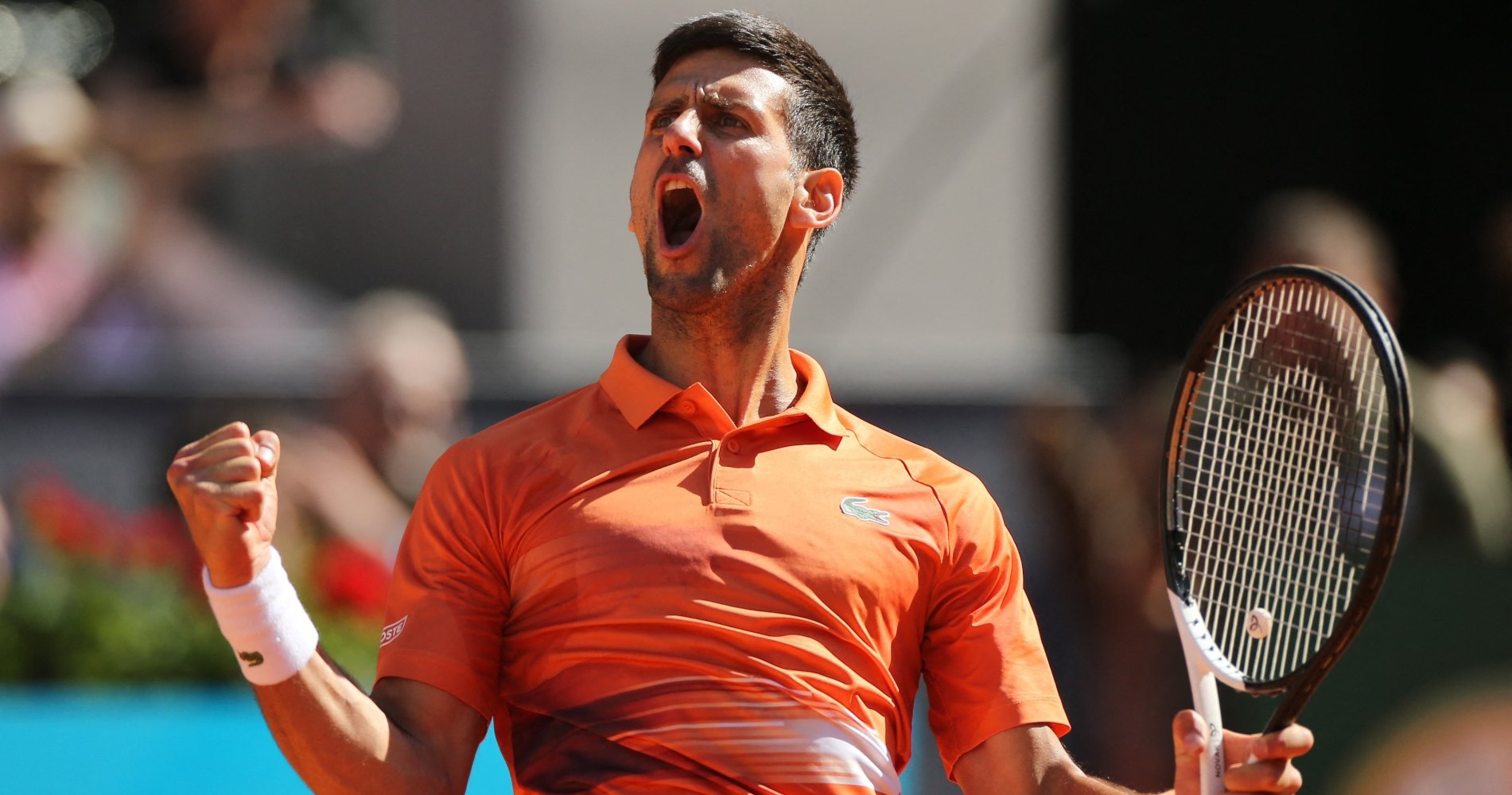 Main challenge in Rome: to remain world No 1
His result in 2021: finalist (beaten by Nadal)

For him, the situation is clear: he must reach the semi-finals in Rome to be sure of remaining world No 1. Otherwise, he will again be dethroned by Daniil Medvedev, absent from the circuit for more than a month due to an inguinal hernia, but who will return next week to Geneva, where he has requested a wildcard. Which also indicates that he will be present at Roland Garros…

As a result, Djokovic is not yet guaranteed to be among the top two seeds at Roland Garros: if he loses before the quarter-finals – which has never happened to him in Rome – he has made the final 11 times and won it five times – and that Zverev wins the tournament, the German will (also) pass him.

Beyond the calculations, and after a start to the season truncated by his (non) vaccination status and his incredible expulsion from Australia, he will above all seek to perfect his rise to power clearly glimpsed last week in Madrid, where he yielded only in the semi-final after a fight of titans against Alcaraz. 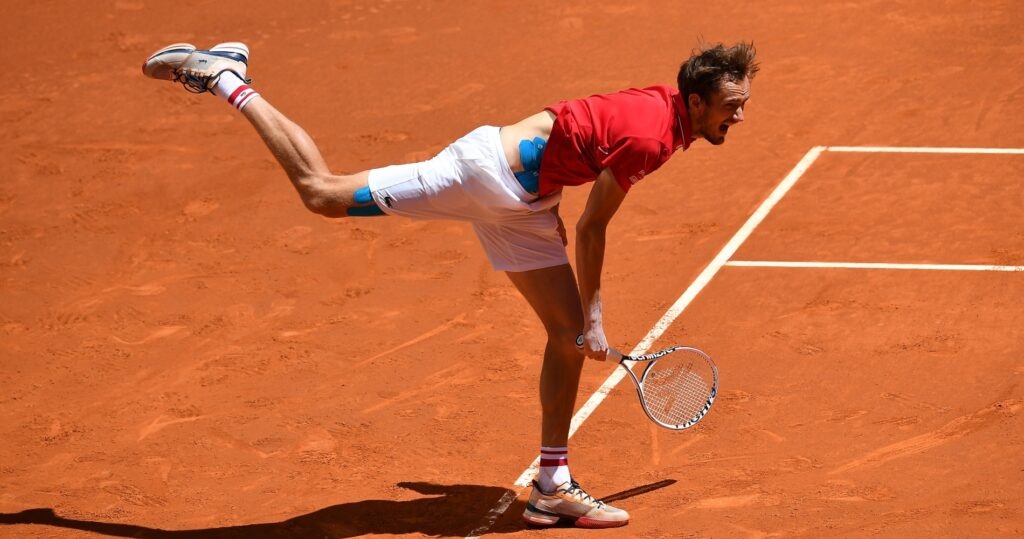 As we have said, he will not be present this week in Rome. Medvedev continues his fitness after his inguinal hernia operation. The Russian has been training for three weeks at the Mouratoglou Academy with Gilles Cervara, without any particular difficulty. We have even seen him train intensely in recent days, notably with Jules Marie and Elliot Benchetrit.

But he will be an attentive spectator since in the event of a misstep by Djokovic before the semi-finals, he will once again become world No 1. Either way, he can’t fall past his current number two spot. 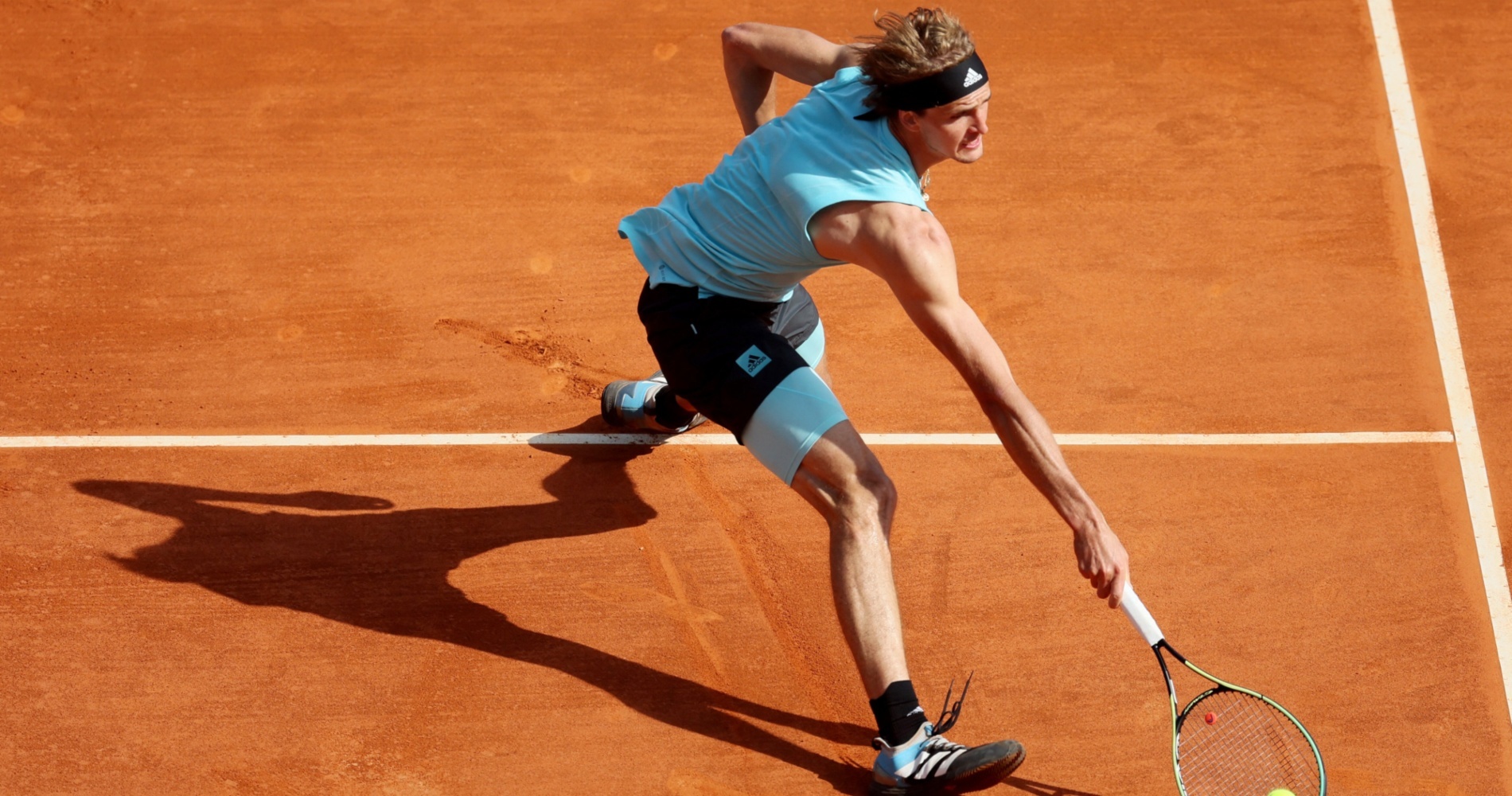 Main challenge in Rome: to become world No 2
His result in 2021: quarter-final (beaten by Nadal)

The German would have had a small chance of reaching No 1 before Roland-Garros if he had succeeded in the Madrid/Rome double. After Alcaraz stopped him in the final in Madrid, he will have to content himself with aiming for the No 2 spot, which will not be easy either.

Currently world No 3, 1,240 points behind Djokovic – but “only” 820 in the live ranking – Zverev has no choice but to win the tournament if he wants to gain at least one place in the ranking, while hoping that the Serb falls in the quarter-finals or before. 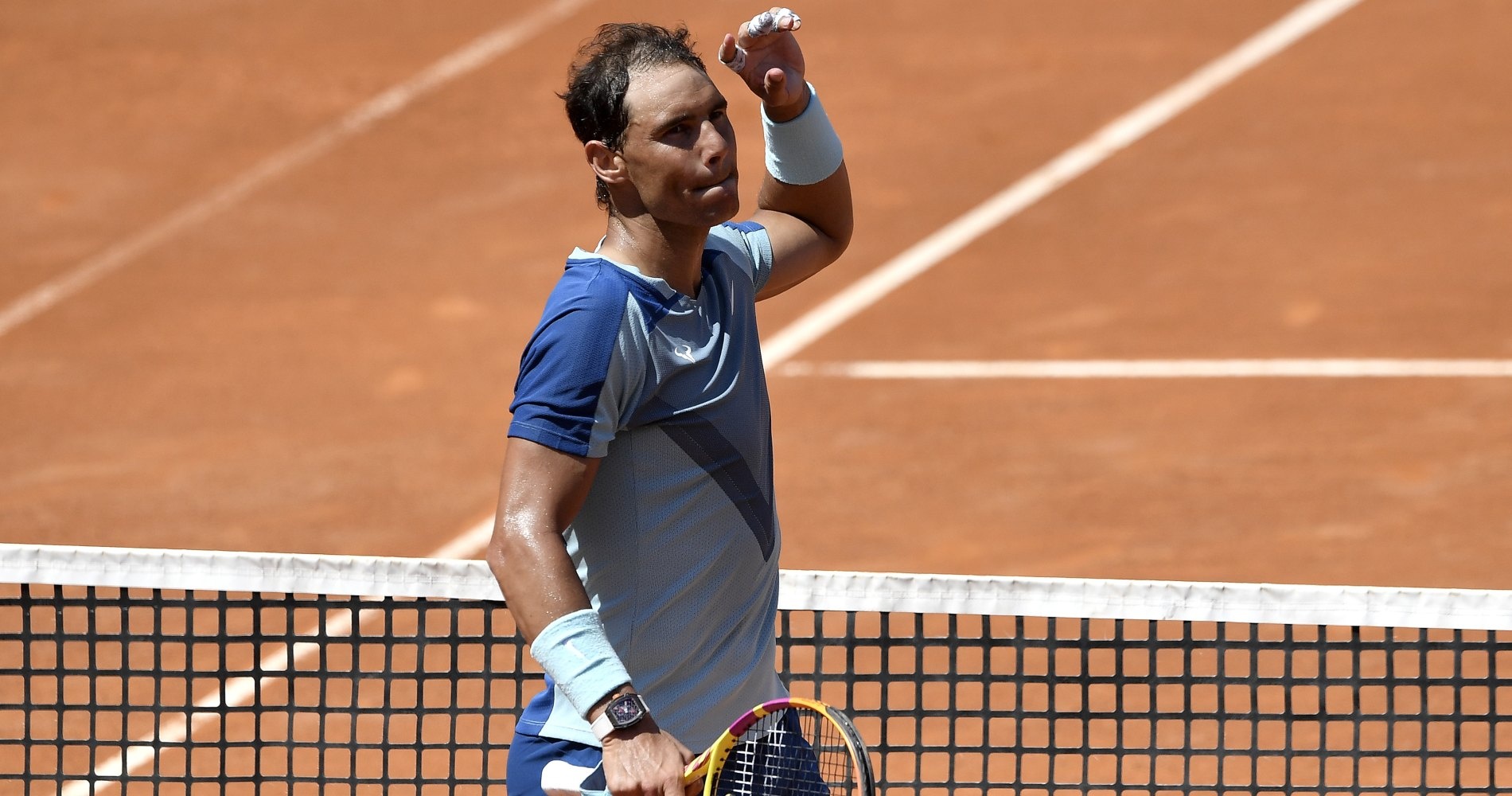 Main challenge in Rome: stay in the top four
His result in 2021: Winner

His main concern right now is making up for the time lost by his cracked rib in the Indian Wells final last March. After a month and a half of absence, the Spaniard made an interesting comeback last week in Madrid, beaten in three sets in the quarter-finals by his compatriot Alcaraz (like Djokovic and Zverev). But he clearly still has to get stronger, tennis-wise and physically.

That said, the man with 13 Roland-Garros titles cannot completely ignore the calculations either. Currently world No 4, but under direct threat from No 5 Stefanos Tsitsipas, he will be overtaken by the Greek if the latter goes further than him at Foro Italico (unless both bow out before the quarter-finals).

Falling beyond fourth place could have big consequences as it would mean he could face Djokovic in the quarter-finals in Paris. However, the last time this scenario had occurred (in 2015), he was defeated by the Serb in three straight sets.

Remember, however, that Nadal has won 10 times in Rome, including last year against Djokovic in the final. This year, he could find his great rival in the semis. And he has revenge to take on him at Roland-Garros after his defeat at his hands in the semi-finals in Paris last year. 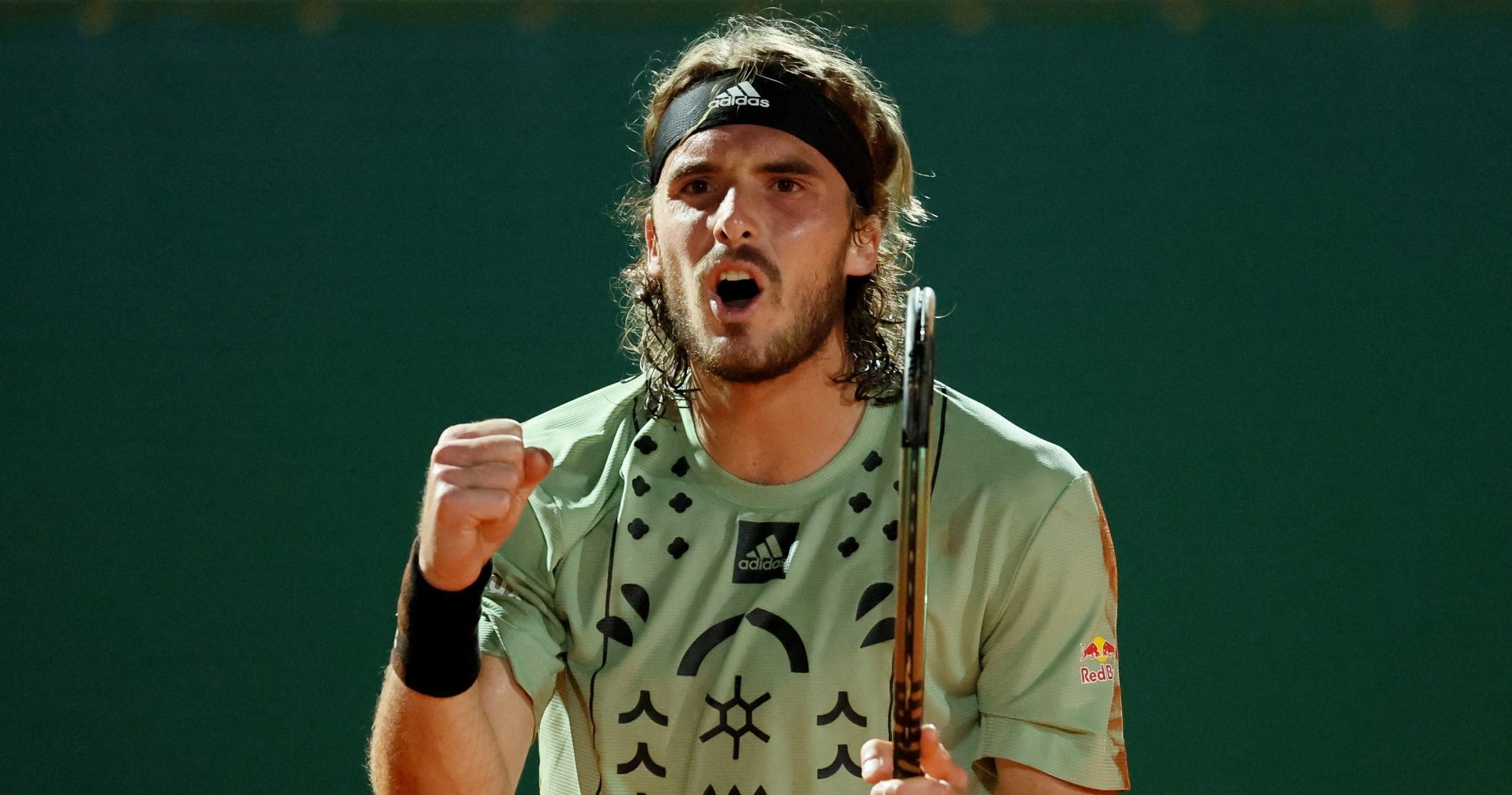 Main challenge in Rome: break into top four
His result in 2021: quarter-final (beaten by Djokovic)

Currently world No 5 behind Rafael Nadal, he has fewer points to defend in Rome since he was knocked out in the quarter-finals last year by Djokovic in an epic fight. He therefore has his destiny in his hands to overtake the Spaniard: a title and it will be good, whatever the result of the latter. Easier to write than to do, we grant you…

The winner in Monte-Carlo, beaten in the quarter-finals in Barcelona by Alcaraz and in the semi-finals in Madrid by Zverev, the Greek has confirmed that clay courts suit his game magnificently. Depending on how he does in Rome, he will arrive at Roland Garros with a status ranging from dark horse to big favourite. The nuances can be significant… 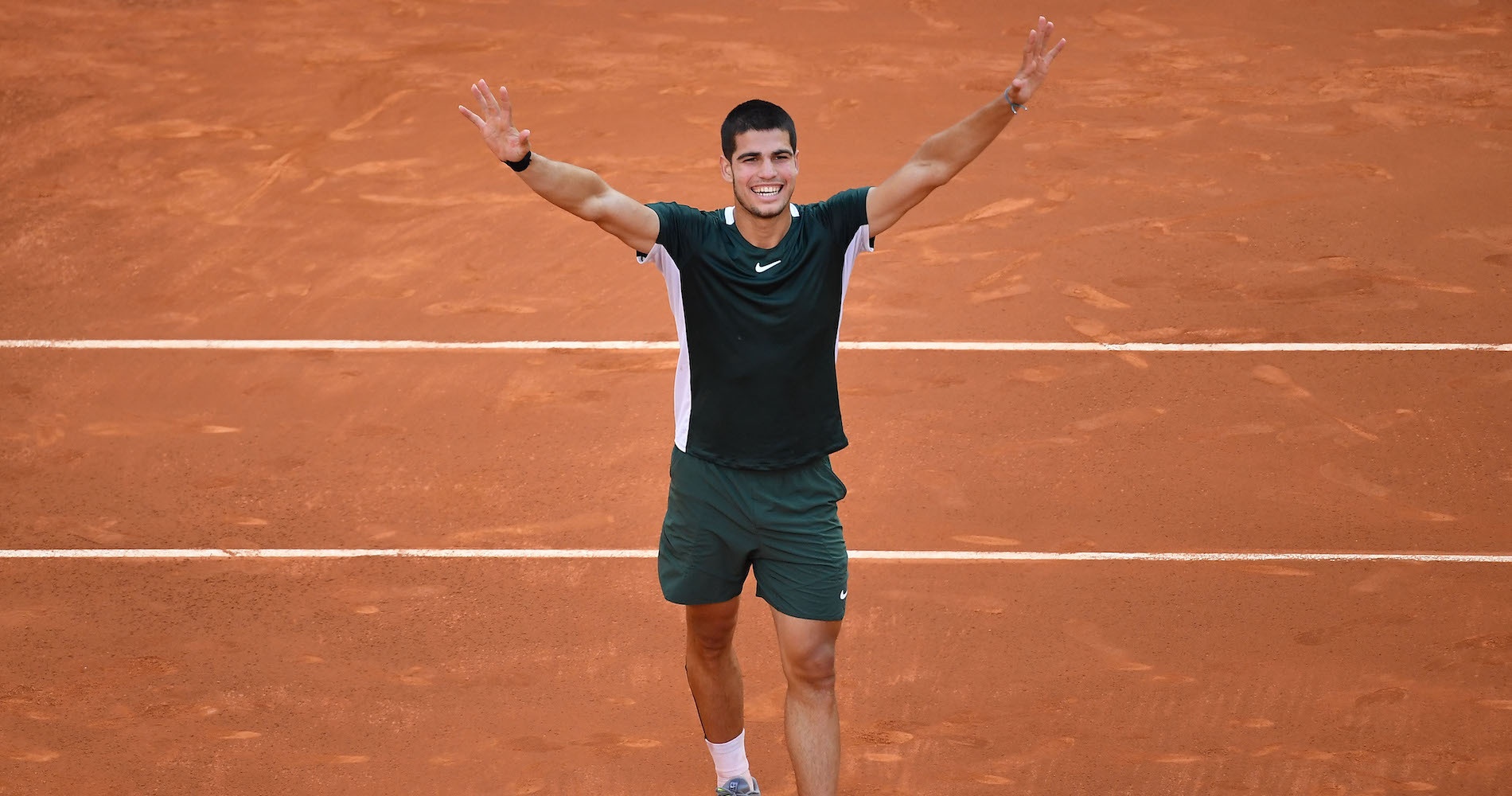 As we have said, he is no present in the Italian capital, exhausted by his Madrid campaign which he finished with nagging injuries in the foot and ankle. It doesn’t change much, though. Now world No 6, the gladiator from Murcia is sure to be in the top eight seeds – the main challenge for him. Only Andrey Rublev, his closest pursuer, can still overtake him by then.

ROME, HUNTING OF THE BIG 2

The Rome Masters is the preferred preserve of Djokovic and Nadal who have 15 titles between them (10 for the Spaniard, five for the Serb), more than any other Masters 1000.

The last time neither of them was in the final at Foro Italico was in 2004. That year, Carlos Moya beat David Nalbandian in the final. Nadal was 18 and Alcaraz was learning to walk. 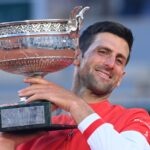 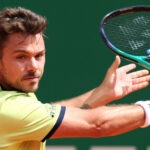 He may not be ready, but Stan Wawrinka is excited for the Djokovic challenge in Rome nevertheless
tennis majors 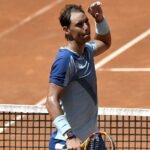 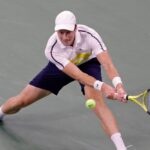