A straight-sets victory over Stefanos Tsitsipas marked 12 wins in 13 matches in 2021 for Andrey Rublev, who reached the Rotterdam final. 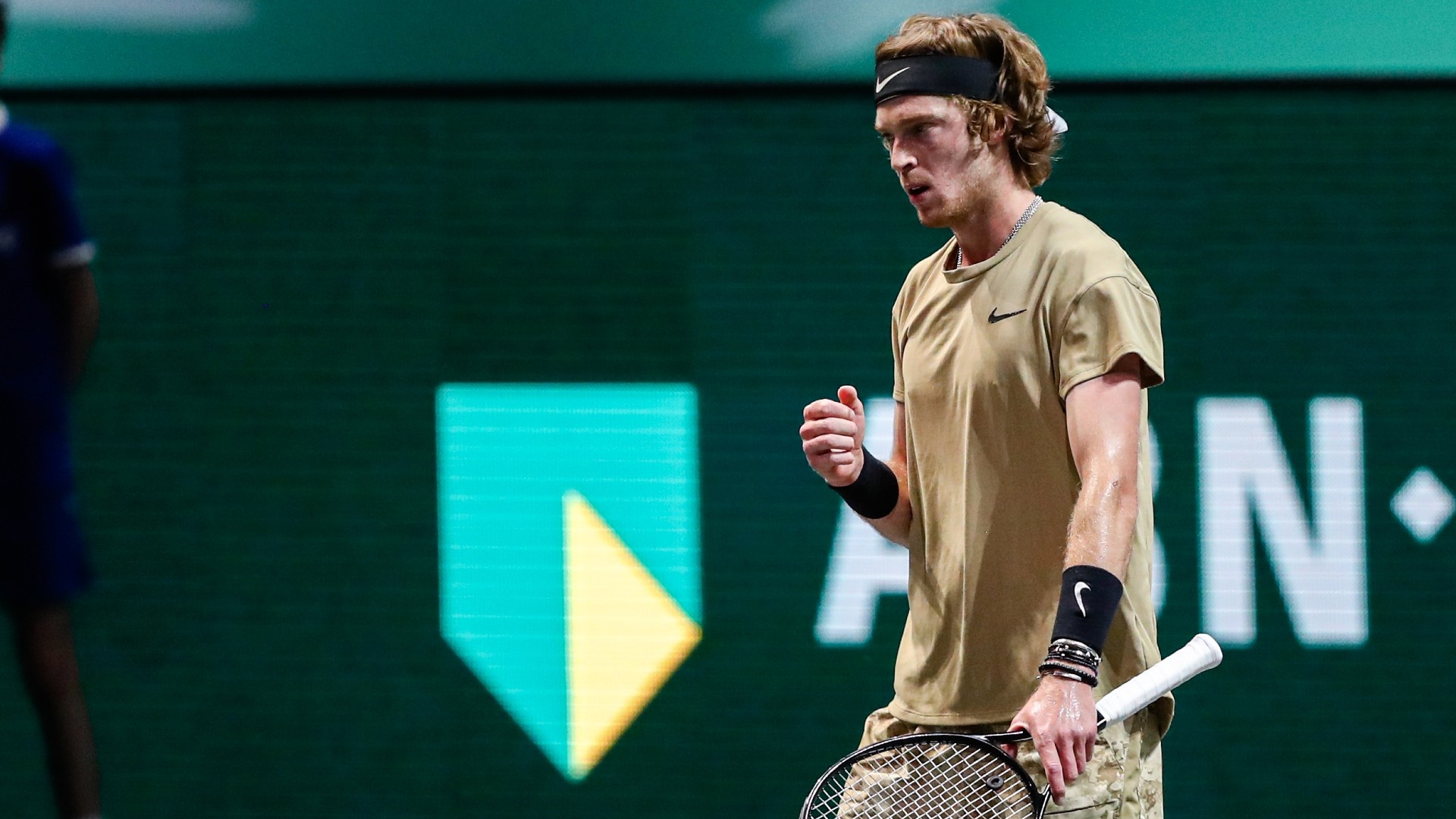 Andrey Rublev continued his remarkable 2021 as he saw off Stefanos Tsitsipas in straight sets to reach the final of the Rotterdam Open.

Tsitsipas has himself enjoyed a fine start to the year, reaching the semis of the Australian Open, but it was Rublev who progressed to the final in more routine fashion than might have been expected.

“Mentally I was preparing for a really hard match, maybe it was going to be three sets, for sure I was preparing for second set, that it’s going to be a tiebreak, also the first set he had a lot of break points and it was really tough in the end, the score was 6-3 but it was really tough,” Rublev explained. “I don’t know how many break points I saved – could be a completely different story. So it’s always tough to play against him, and the previous two matches I lost but it was close, the final of Hamburg I won at it was also close, he was serving for the match, so it’s always a bit of drama between us.”

Tsitsipas had a different take: “He played unbelievably well, pretty much killed me,” he said.

The victory also extended Rublev’s winning streak in ATP 500 matches to 19. Only Roger Federer (28) and Andy Murray (21) have produced longer such runs.

Rublev is likely to require his best given the form Marton Fucsovics, his opponent, is in.

Fucsovics came through qualifying to reach the main draw and delivered a superb performance to stun world number 26 Borna Coric 6-4 6-1.

The final will be the third of Fucsovics’ career and his first since February 2019, when he lost to Rublev’s Russian compatriot Daniil Medvedev at the Sofia Open.