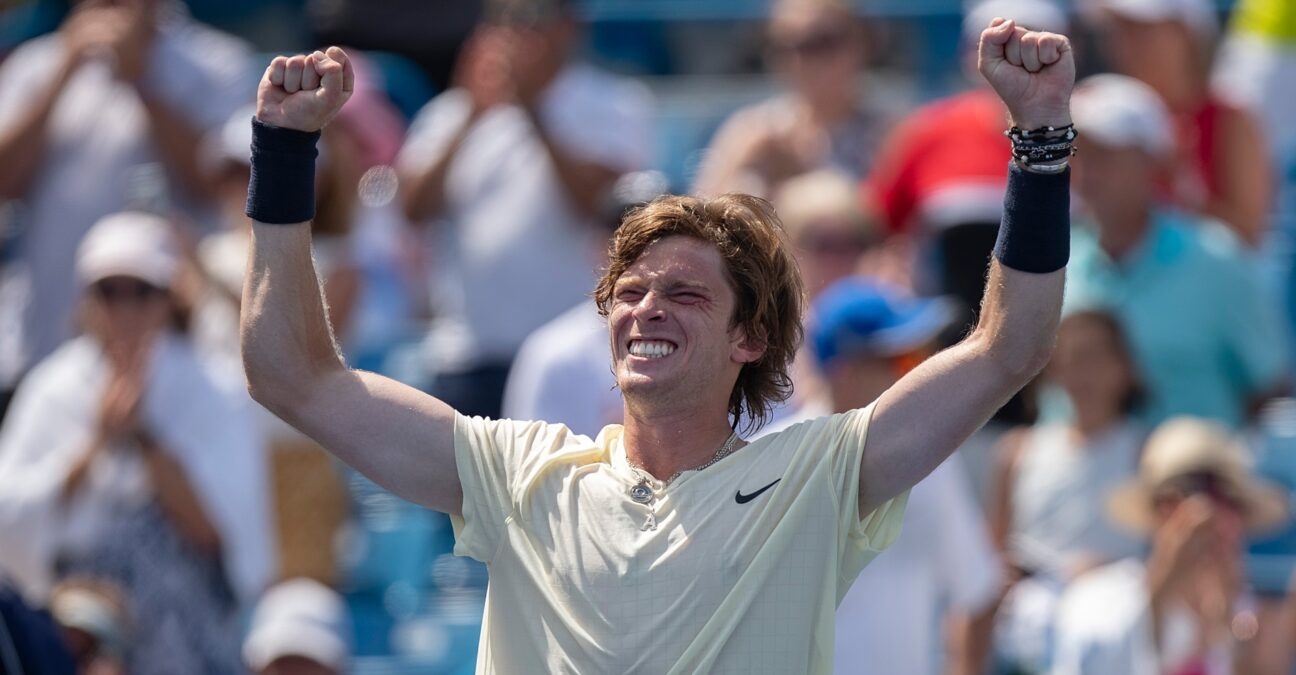 It was the first time he had ever beaten his countryman.

“I think for me it was important this win, because to beat Daniil, only to show great game is not enough,” Rublev reflected in his press conference. “You need to be physically ready, because you will have to run a lot, and you have to play each point long rally. There will be almost no free points. You have to be also mentally strong.

“So to beat Daniil, you have to do these three things really good. It’s nice today I did it well, both game-wise, physical-wise, and mental-wise, which some matches maybe I can be mentally and physically not good, but because I’m showing great shots, it’s enough to win sometimes. Or sometimes maybe my game is really not good, but because mentally I’m focused is enough to win sometimes.

“But here you need to show all three things, you know. I’m happy that I showed them today.”

The world No 2 was seeking his second Masters 1000 final of the season – having won the title in Toronto, and having won in Cincinnati back in 2019.

Coming into this match, Medvedev’s record against fellow Russians was 10-3 across the course of his career.

More pertinently, his record on tour against Rublev – two years his junior – was an overwhelming 4-0. All their matches have been on hard courts, and at the quarter-final or later stage of a tournament.

It looked like it was going to be a routine win for Medvedev after a straightforward first set, which he took 6-3.

But the second set was interrupted by a medical time-out, necessitated when Medvedev stumbled into a camera at the back of the court. A furious Medvedev pointed out that he had been complaining about the cameras’ positioning all week and they still had not been moved.

Rublev capitalised on the disruption, taking the second set 6-3, with the eighth game extending to 15 minutes.

And he took the third set by the same scoreline to reach his own second Masters 1000 final, following Monte-Carlo earlier in the year.