Rublev to face off against Sonego in Vienna Open final

Russian Andrey Rublev will be the overwhelming favourite when he faces Lorenzo Sonego in the Vienna Open final. 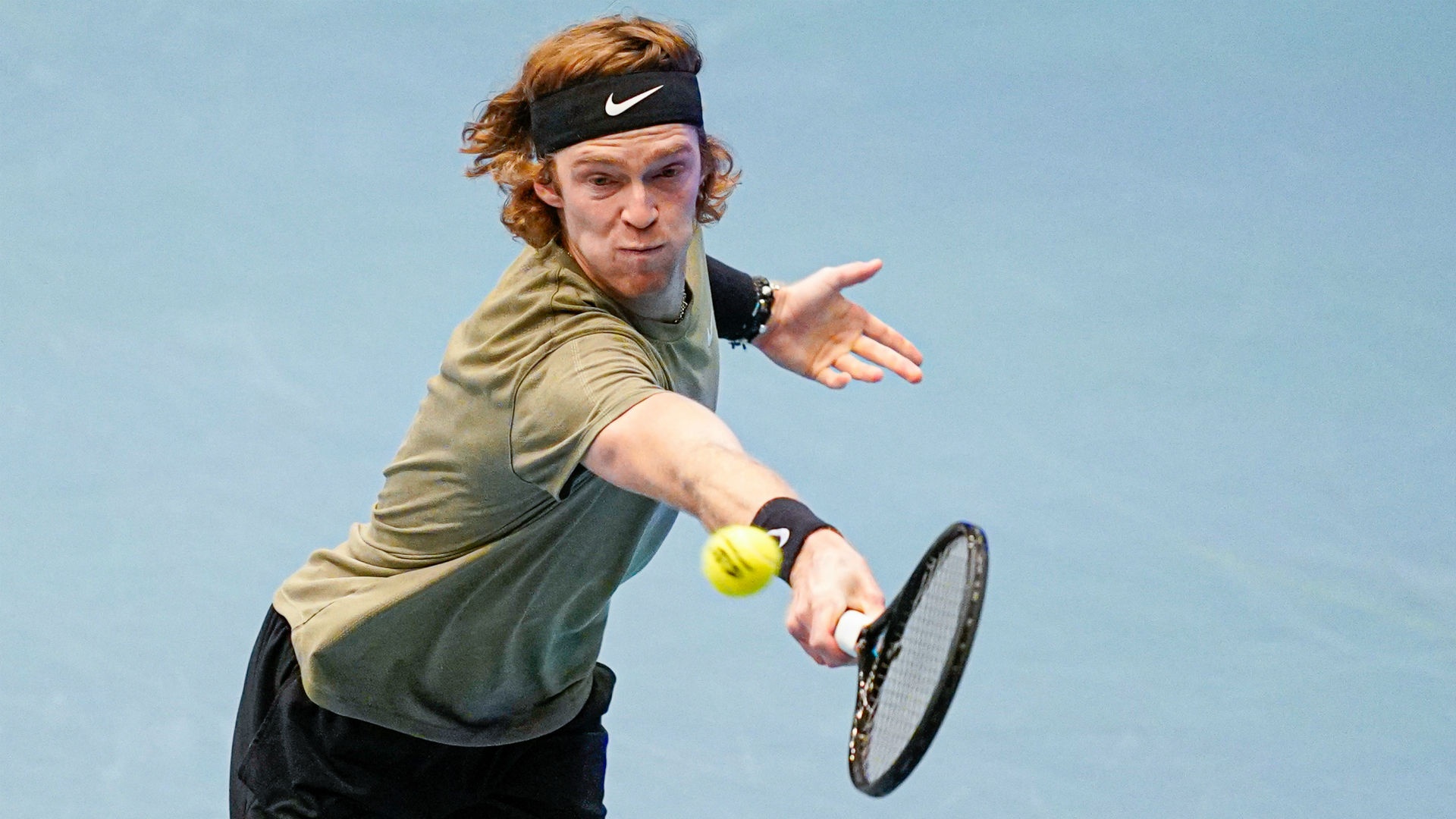 Andrey Rublev has the chance to win his fifth ATP Tour title of the season on Sunday after Kevin Anderson retired hurt in their Vienna Open semi-final clash.

Rublev was leading 6-4 6-1 when Anderson pulled out with a leg injury, which he had earlier led to a medical timeout for treatment.

The Russian, who has won 18 of his past 19 matches, will take on Lorenzo Sonego in Sunday’s final, the Italian following up his stunning quarter-final victory over Novak Djokovic with a 6-3 6-4 win over Dan Evans.

Rublev is on the brink of qualifying for the season-ending ATP Finals in London next month, but the 23-year-old insists he is not setting any expectations and simply wants to continue with the relaxed approach that has served him so well in 2020.

“I don’t know why it’s going so well,” he said. “I have such an amazing team and such amazing friends around me that always support me. That’s probably why I’m playing so well.

“I came here thinking that I have nothing to lose. I have already played a really great season, so I came here to enjoy it, do my best, fight for every point and now here I am in the final.

@AndreyRublev97 advances to the Vienna final after Anderson is forced to retire due to injury at 6-4, 4-1.

“I want to keep thinking the same way and we’ll see what’s going to happen tomorrow.”

Sonego, meanwhile, admits he can scarcely believe he made the final after initially losing in the final round of qualifying against Aljaz Bedene, only to get into the main draw once Diego Schwartzman.

He becomes the first lucky loser to reach the Vienna Open final since Andreas Haider-Maurer in 2010.

“It’s amazing,” Sonego said. “I started this tournament [by losing] in the qualifiers. It’s not easy after losing my [qualifying] match to win four matches and now I got to the final.

“I don’t have any expectations. I go with confidence and I [will] try to do my best tomorrow.”