Home » News » Rublev wins doubles with a Ukrainian: “Peace to all”

Rublev wins doubles with a Ukrainian: “Peace to all”

Andrey Rublev won the singles and doubles in Marseille, a performance he had never achieved. His association with the Ukrainian Denys Molchanov had, in the context, a strong symbolic significance, which he did not deny. 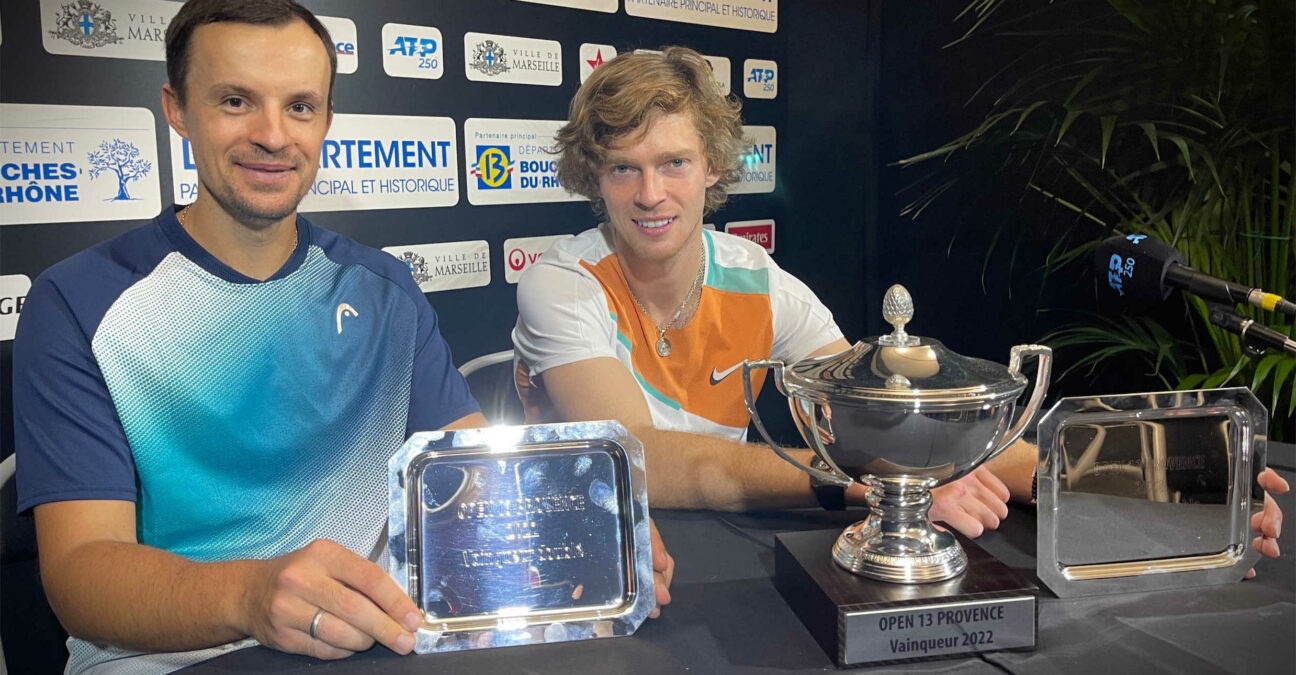 He was so unprepared for the question that he made the reporter repeat it. Andrey Rublev had an extremely rich week in Marseille, winning the singles and doubles at the same event for the first time in his career on the ATP Tour. But the nationality of the Russian player’s doubles partner could only raise questions about the symbolic significance of this trophy.

Denys Molchanov is Ukrainian. Rublev and Molchanov are friends, and here they are headlining at a time when the risk of Russia invading Ukraine has never seemed so likely to spark a major international crisis, not to say war.

So Rublev replied, “You know, we are normal people. We don’t do politics. We’re doing sports. Sport is an activity that brings people together, even if they are each cheering on their team or their player. Simple. Peace to all.”

The two players did not want to expand on the subject but their unbridled laughter at the end of the Marseille week was worth all the talk. Rublev has known Molchanov, who is ten years older than him, from the very beginning of his career. The Ukrainian was one of the people who helped him feel comfortable in the Futures and Challengers tournaments.

At a tense time for the members of both nations, and the world abroad, Rublev and Molchanov’s performance was an elegant rebuttal of the war machine. The unseeded pair won four consecutive match tiebreaks to claim the title, against the odds. They may not have had much to say after their victory, but what they did say speaks volumes.