Stefanos Tsitsipas and Andrey Rublev will tussle for a place in the Rotterdam final after coming through tricky quarter-final contests on Friday. Tsitsipas overcame Karen Khachanov, while Rublev held off qualifier Jeremy Chardy. 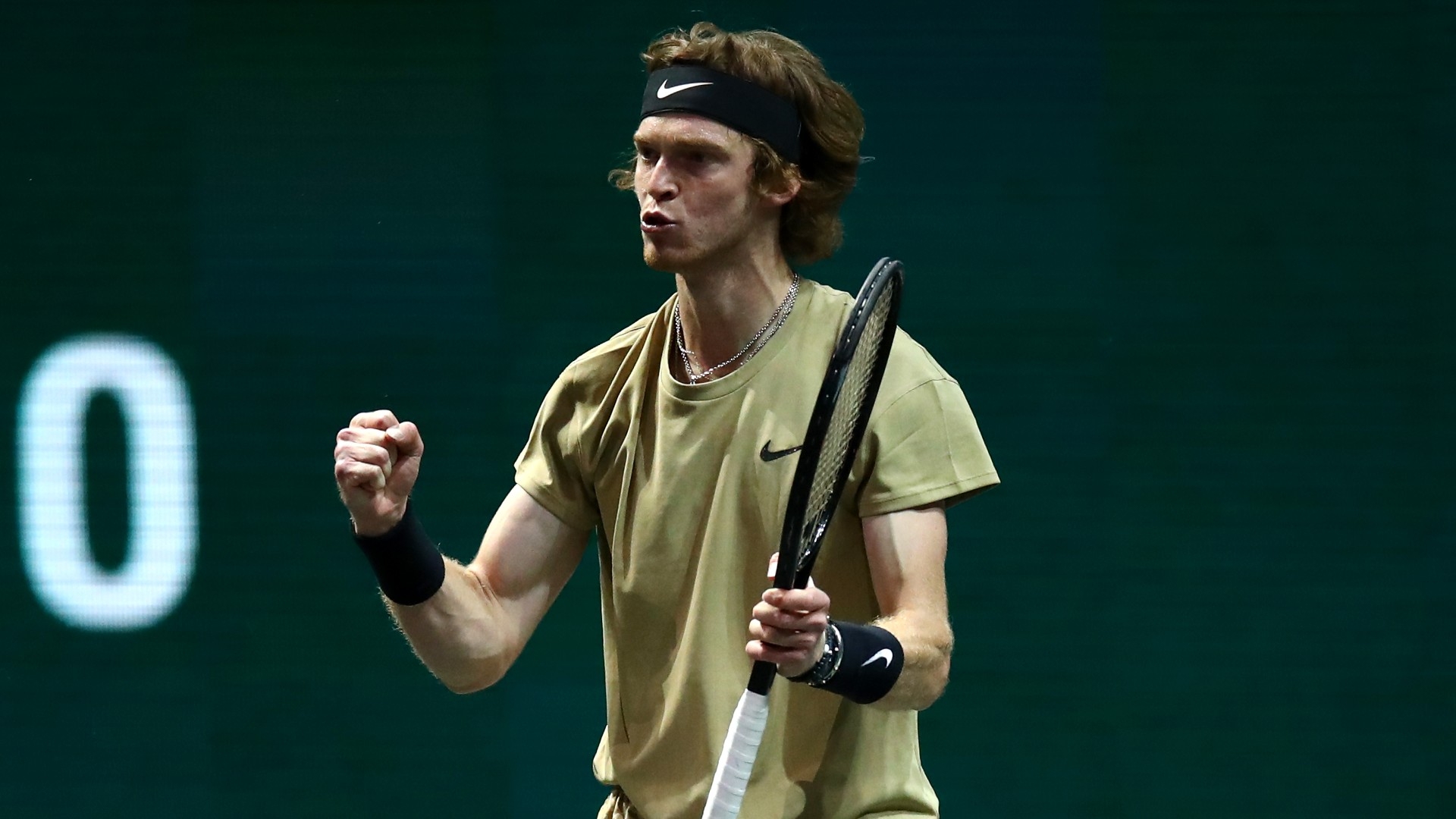 Andrey Rublev was pushed hard by Jeremy Chardy on Friday but eventually secured his 18th successive ATP 500 win to set up a semi-final meeting with Stefanos Tsitsipas at the ABN AMRO World Tennis Tournament.

Chardy managed to save two match points in the second set as Rublev wobbled at those crucial moments, but the Russian eventually got the job done 7-6(2), 6-7(2), 6-4. They were on court for just under two hours and 40 minutes and racked up a considerable number of winners, with Rublev’s 44 good for eight more than the Frenchman.

The world No 8’s 18-match winning streak in ATP 500 events has only been bettered on five previous occasions since 2009, all of which have been achieved by Roger Federer, Rafael Nadal, or Andy Murray. Federer holds the record with 28 straight match wins in 500s.

If he is to get any closer to Federer’s remarkable haul, Rublev will have to get past Tsitsipas — but Friday’s match took plenty out of him.

“I will try to do as much as I can to be ready for [the semi-final],” the 23-year-old commented. “Stefanos also had two tough matches [this week]. He had three sets (on Thursday) and today he had three sets. Now he has to play doubles. It is not easy.”

Relentless from Rublev @AndreyRublev97 survives a tough test from Jeremy Chardy 7-6(2), 6-7(2), 6-4 and is into the last 4 in Rotterdam #abnamrowtt pic.twitter.com/QGyNEvkYbJ

As Rublev alluded to, Tsitsipas certainly did not have it all his own way against another Russian, Karen Khachanov, coming from a set down to win 4-6, 6-3, 7-5.

Tsitsipas also had to contend with being 3-1 down in the third set, but Rublev knows all about the Greek’s ability to come back from the brink — having lost to him in last year’s Nitto ATP Finals despite having match point.

“He [Khachanov] was playing great tennis and I wasn’t sure if I would be able to compete,” Tsitsipas said after the contest. “I had an amazing 5-0 lead in the second set and that brought a lot of confidence into my game. We had great rallies and the quality of tennis was excellent. You need to stay as calm as possible in three-setters. I have won a lot in the past and with experience, it gives me an idea of how to play in these tight moments.”

A battle to the very end @borna_coric is into the @abnamrowtt semi-finals after a overcoming a close battle with Kei Nishikori 7-6(2), 7-6(4)

Borna Coric and Marton Fucsovics will go head-to-head in the other semi-final.

Coric came through in straight sets against Kei Nishikori, though it was by no means a straightforward victory as the Croat was pushed to a pair of tiebreakers before winning 7-6(2), 7-6(4). Fucsovics ousted Tommy Paul 6-4, 6-3 in the nightcap to reach the last four.